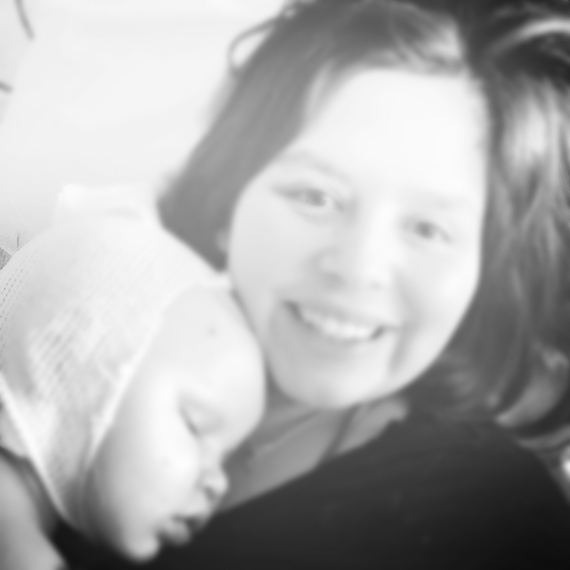 "I could never do what you are doing."

See, tomorrow we have scans. Four weeks after we were told it looked like my 1-year-old's brain cancer is coming back, while on treatment.

One week after I sat, shaking in front of my son's oncologist. We discussed our treatment plan. How we will be throwing everything we have at it. How we can't relapse, not again. Then our only choices would be experimental. Due to his age we can't do full radiation, because we will be sentencing him to a life of cognitive, physical and other disabilities. 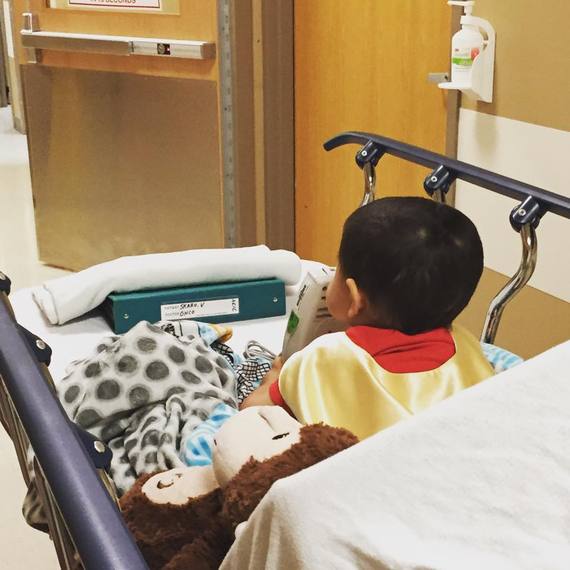 As much as I want my son to live, I can't confine him to that life, nor make his brothers be responsible for him the day my husband and I leave this world.

But, I have a dirty secret. I am not strong. Not close. Quite the contrary. I find myself very angry. See, there are those moments I lay in bed, wondering why.

I was born to a teen mom who abandoned us on a doorstep and never looked back, I survived abusive foster homes, was adopted into a suburban family, but the demons of a traumatic childhood followed me. I battled severe depression, PTSD, anxiety, ADHD, and later after each pregnancy I battled postpartum depression ranging from mild to severe. I found myself in abusive relationships and struggled. Hard. But yet graduated high school, barely. Even after becoming a mom at 19, I put myself through a bachelors and masters degree. Didn't I put my dues in? Didn't God already give me his big battle?

My husband grew up in one of the worst neighborhoods in Chicago. He clawed his way out avoiding the gangs, drugs, and drive-bys. He sought refuge in the Air Force Reserve and has made an amazing career for himself. But it came at costs.

When our Dom was born, he was diagnosed with oculomotor apraxia. Instead of playgroups we had therapy three times a week. Six years later, our Vin was born. Vin liked to stop breathing, have seizures, and refuse to eat. Oh, he scared the shit out of us. Then Vito was born. He was our healthy child, until brain cancer. Luca has been as healthy as possible thus far but we don't say it out loud.

I'm not saying this for pity. I don't believe it. Nor do I want a participation trophy. I say this because I am not strong. I am angry. I feel we have worked hard and hard. Only to never reach our American Dream. We worked, saved, built huge savings accounts, iras, 401ks only to have to liquidate them to pay for treatment, extended leaves of work for over 195 days in the hospital and extensive rehab needs.

I write this because I'm not alone. I write this because there are moms and dads out there like me. Battling every day to keep our children alive. Every day you hear how strong you are, yet you feel so weak and unable stand sometimes let alone wage a war.

I say this. You are so incredibly strong. It doesn't matter if you never fall, if you fall once, or keep falling. Get up. You are strong.

When you are alone in a room and crying because every cell in your body is bursting in pain. Because it just feels you can't go on any farther. Breath, please breathe and in between the sobs, while your eyes are blind from tears or maybe hurt because you ran out of tears an hour ago, look for your strength. Know there will be a moment between breaths or blinks. There will be a small glimmer of strength. It may be the size of a pinhead and it may be smaller on some days. But grab it, hold onto it and pull yourself up. You are so amazingly strong.

Today, I am not that strong. I know this as I throw up for the third time over scans. As fear overtakes my body. Today I can admit I am not strong. But, tomorrow I will be. I am angry. But, I am also filled with love. Love for my family. Love for my God and Trust in my God's will even if it may not be mine. Today I can also say God; I don't like your plan today. But, it's the path you gave me. The path I am on. The path that has made me a mother to four amazing boys and husband.

So in the end. I never know the answer to "how do you do it?" Because that question assumes there's a choice. There is no choice to be made. I do what every single parent would do in my place because I am fueled by nothing other than the love for my children.

Not too long ago, I was complaining about Vito's schedule and how exhausting it was. Vito goes to therapy six times a week. We are in clinic once a week. Plus whatever else pops up. Thats one child. I have another child in therapy twice a week. A third with two standing appointments every week. Its exhausting. I'm angry sometimes. I'm really tired. But, that one day. I got a simple message from a friend. A friend who's daughter passed away. The message read "As exhausted as you are, fight for Vito because Vito is in your arms and you are able to hold him."

I think of that message a lot. This battle is hard. Vito's disabilities are tough. But, I know there are so many moms who would give everything to be able to hold their child again, even with the battles our Vito has. I remember her kind words and many other words on our tough days. Sometimes her words are my small piece of strength I hold on to.

Maybe I am stronger than I think. Yes, some days I want to be mad and even hate God. But, I can't because I am blessed. I am loved and my horror is someone else's dream and I remember that every day. 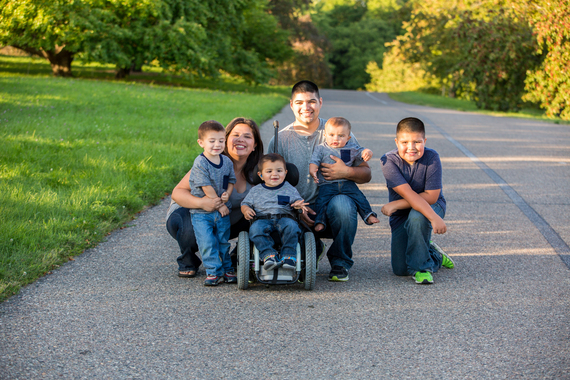