I read the article "I'm So Sorry Our Disease is Such an Inconvenience for You" with a wry smile and an understanding of how individuals with severe allergies are treated, even though no one I know deals with the issues faced by the piece's author, Gluten Dude -- and others whose health and lives are put at stake with an innocent-looking piece of birthday cake or an itty-bitty peanut.

You see, my oldest daughter has multiple and severe disabilities that have left her with the need to use a wheelchair, an inability to speak and low muscle tone, amongst a host of other significant developmental and medical issues. Although the types of "inconveniences" she and her disability apparently pose to others are different from the "inconveniences" Gluten Dude's disease seemingly foists onto the world, the level to which people seem bothered, put out and downright annoyed at what my little girl and other individuals with disabilities need to do in order to be able to access the same places and activities they do is similar. With thanks to Gluten Dude, I wanted to share my perception of how disability inconveniences others and why I don't care. 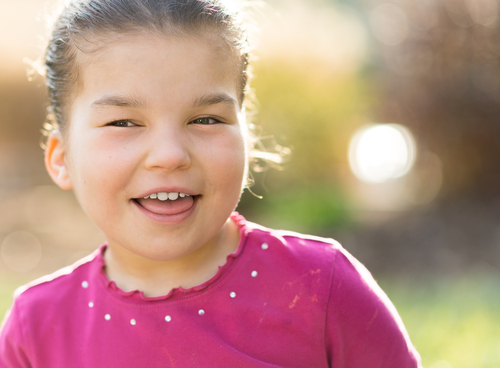 The little girl who causes others so much inconvenience

There is a long list of ways in which my family inconveniences others, but here are just a few.

While I would love it if moviegoers would leave the seats designated for individuals with disabilities and their companions free in movie theaters -- in case those individuals and their companions actually want to see the same movie -- this rarely happens. I get that you may be tempted to choose these seats if the theater is crowded, or that you just might not feel like walking up stairs. After all, perhaps you rarely attend movies where an individual who cannot walk is present. But, if you see someone with a disability approaching, especially when it's as obvious as someone in a wheelchair, just get up. Do not avoid eye contact; do not put us in the awkward position of pointing out that the seat in which you are sitting is clearly marked as reserved for an individual with a disability. Sadly, at the majority of movies we do attend with our daughter, we are put in this awkward position. Instead of apologies, responses have ranged from downright refusal to move until we state our intention to call a manager, to being questioned as to whether we really need the seats, to being asked, "Why are you picking on me?" We now try to get to movies early to avoid being put in the awkward situation of asking others to move, but we're not always early enough.

Well, moviegoers, so sorry for the inconvenience of making you walk up a few stairs or denying you the opportunity to sit in the middle of the row. Why don't we just come back for another showing to spare you these hardships? Although walking up those stairs is not an option available to my family, and in fact we would gladly give just about anything for our daughter to be able to sit in one of those seats in the very top row, even if it's on the end, we are made to feel like the ones inconveniencing others.

We ruin playgrounds with our needs.

It's not easy for me take all three of my children to many playgrounds. That's because many are lined with non-wheelchair-friendly wood chips and lack even a single piece of equipment that children with disabilities can access. I was approached by one mother who had the gall, or perhaps complete lack of awareness, to ask me if I really thought my daughter needed to be able to go to all playgrounds. After all, she told me, it's important that her children be able to play in nature. By "nature," she meant the non-wheelchair-friendly wood chips. What's more, in a recent playground renovation in my neighborhood, the one piece of accessible equipment was removed.

Sorry, mom who considers arsenic-laced hard wood chips "nature," but I do in fact think that my daughter should be able to play in every playground where your daughter can play. Although you may be inconvenienced by having to drive a bit further to a wood chip-lined playground rather than a playground lined in rubber, that is completely your choice. Or you could, I don't know, actually take them somewhere with nature, go on a hike perhaps... As for accessible playground equipment, I strongly believe that play spaces should be as inclusive as possible. After all, equipment that is accessible to children with disabilities is accessible to typically developing children, but not the other way around. Although I was able to successfully fight to have the one accessible swing restored to our local playground, I definitely felt as though I was posing a huge inconvenience to many in the Department of Parks and Recreation. And no, my 8-year-old cannot fit into a baby swing. And yes, if I put her on a big kid swing she would fall off immediately, unable to support herself or understand that she needs to hold on. Sorry for the inconvenience, DPR!

We have the nerve to want to move freely between floors.

Stairs -- they are everywhere. How individuals with disabilities deal with them is different and depends largely on how the building is designed. Movie theaters, as we already know, provide accessible seating that does not require going up and down stairs. Other buildings have ramps or elevators. And some have little wheelchair lifts, usually only big enough to accommodate one person with a disability and a companion. Evidently these little wheelchair lifts are tempting to ride, so tempting that society at large sometimes cannot be trusted around them, requiring the normally ADA-required lifts to be kept inaccessible, under lock and key. This is true at our local mall and it is true at our local government-run community center.

I've questioned the need to keep these lifts under lock and key, presenting a completely unnecessary barrier to access. I've been told that this is a completely necessary and reasonable step because kids like to play on the lifts. Really? Well, I'm sorry some proprietors may be inconvenienced by sometimes needing to tell kids to knock it off. Instead, individuals with disabilities need to wait an undetermined amount of time for a mall security guard to notice you want to run a few errands -- or, on occasion, appeal to the kindness of strangers to find the security guard for you. In the case of our local community center, it may be downright impossible to access the building at all during times staff is scarce. At times, my family has given up on attending events there and neighbors have reported individuals with disabilities going to nearby buildings to ask for help accessing the building, only to be told that they are out of luck. But, hey, at least no one needs to tell some bratty kid or his caregiver that the wheelchair lift is not an amusement park ride, right?

We get all the good parking spots.

I know that most of you are good people who don't park in handicapped parking spots, but the number of people who feel they have a good reason to use those spots to avoid the inconvenience of walking a few extra feet is amazing. I've also encountered at least one woman who in no uncertain terms told me who could and could not use certain handicapped parking spaces according to her very own rules that would result in the least inconvenience possible to her and her neighbors.

Once, when my daughter was not with me, I stopped a completely able-bodied man who parked in a handicapped spot to explain to him why individuals with disabilities needed those parking spots available. He listened very politely, said he understood completely, then assured me he wouldn't be more than 15 minutes and was running late so he just couldn't be bothered to move his car. So, his need for speed clearly outweighed the needs of an individual with a disability who might be able to access the building only from that spot, located close to the only wheelchair access ramp and accessible entrance. Clearly, the need for this man to avoid the inconvenience of adding a minute or two to his errand outweighed any other possible need. Another time a mom who really, really does not like being inconvenienced by other people's disabilities told me that the handicapped spot in front of my son's elementary school should only be used when dropping off a child with a disability who attended that school. What if I had to bring my daughter who uses a wheelchair to drop off her brother one morning? I asked her. No, she said, according to her very own made-up rules, that would not be OK, since it takes others longer to drive down the street when the handicapped spot is being used. Same goes for a parent or grandparent with a disability who may need to drop off a child. Nope. Just too inconvenient for everyone else. Instead, she said, I should arrive earlier, find a spot a few blocks away and hunch over my daughter's wheelchair while wrangling my toddler daughter and hurrying my son along to class. Presumably, a parent with a disability should do the same. I mean, after all, traffic might flow a little better. She ended by using the very offensive word "retarded" and then walked away.

So, if you think individuals and their families are just trying to game the system for their own benefit, think again. There are very real and very good reasons why protections for individuals with disabilities exist. If they didn't, many people would go much further in treating individuals with disabilities as merely an inconvenience getting in the way of their enjoying a movie and generally going about their lives unconcerned with the challenges others face.