Five weeks after my daughter was born, I returned to work and a coworker had brought his children in for the day. I had met his young son several times before and always enjoyed his exuberance. He always liked the race car pen I kept on my desk. As I walked by the office kitchen and saw him and his kids eating lunch, I decided to go over and say hi. I was wearing pants, a shirt, and a baseball cap with a flat brim facing forward and perched askew on my head -- the same way I always wear my baseball caps. All I said was hello before my coworker's son asked me, "Are you a boy or a girl?"

"I'm a girl," I answered with relative ease, though I had an uneasy feeling about where this line of questioning was headed.

"Then why are you wearing a hat?"

"Sometimes girls wear hats," I replied. Though I was quick and confident with my answer, inside I felt the complete opposite. I felt my face flush and my stomach do that lurching thing it does whenever I'm being braver than I feel. My coworker supportively chimed in with, "Your sister wears your baseball hats sometimes, right?"

And that was it. Like any other normal inquisitive young child, he moved on to something else. But I, on the other hand, went back to my desk and cried, hugely grateful for my semi-private corner cube.

Will she be embarrassed to have me as a mom?

This wasn't the first time something like this had happened in the office. Other people had brought their kids in, and while none had asked me that exact question, I often found myself eliciting the same reaction as a clown at a child's birthday party: either entirely ignored (even after saying hello) or overtly treated as something they were wary of, somehow earning myself suspicious gazes before they ran off and hid behind their parents. What made it worse is when I'd later see them interacting effortlessly with other adults. 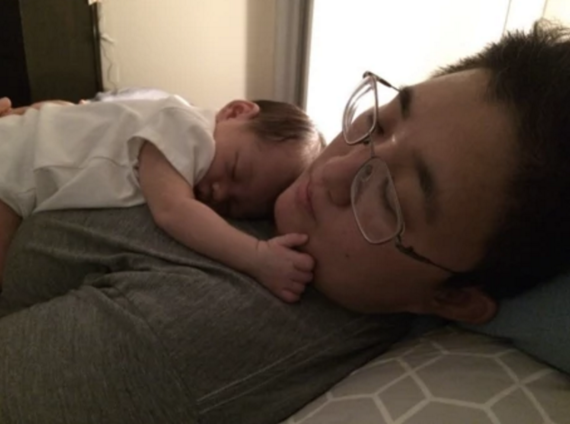 It's not their fault, I always reasoned. From before birth we inundate children with gender norms: pink for girls, blue for boys; toys for boys and toys for girls. Sometimes children are even told which school subjects boys tend to excel at and which girls do. So, while it made me sad, I understood that for kids to see someone like me, who sounds like a girl but dresses like a boy, it was peculiar and out of the ordinary. I likened it to seeing a teacher outside of school: it just didn't compute.

But when this boy in particular asked me a question that I'm quite confident so many before him had wanted to ask, it made me face questions I had been trying to ignore since I heard my wife's OB say the words, "Congratulations, it's a girl."

How is our daughter going to handle the inevitable curiosity about my appearance? Having two moms might be hard enough to explain as it is without having one who looks like the others and another who looks like Jimmy Neutron. Will she be embarrassed to have me as a mom?

When I first came out of the closet and started finally dressing the way I felt most accurately expressed who I was, my mom was the one who had the biggest problem with it, even though I'm pretty sure I was the only presumed heterosexual woman she knew with a mohawk. She asked me on more than one occasion if the way I dressed or wore my hair meant that I wanted to be a man. 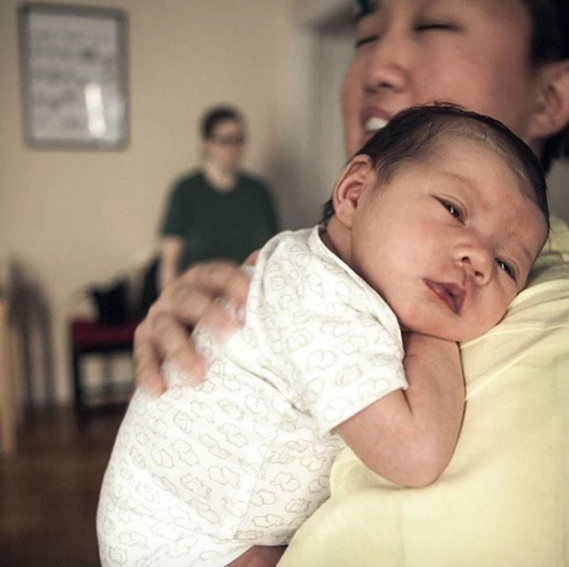 At first I would emphatically tell her no, but when the phrase "Butch" would be bandied about like an off-color joke my mom desperately wanted the punchline to, I wanted to tell her that, compared to other Butch lesbians I knew or encountered, I was like Ellen DeGeneres, on a scale of Ellen Page to Big Boo. But eventually I just grew tired of explaining that if I wore men's clothes they ceased to be men's clothes because a woman was wearing them. I no longer wished to justify my definition of a woman to anyone.

The truth is, though, from the moment I saw those two lines on the pregnancy test until the moment my wife's OB perkily told us we were having a girl, I wanted so badly to have a boy. Because for as confident in who I am as a woman, to me, the girls' sections of toy stores often look like Barbie and the Disney Princesses threw up a toxic mix of Pepto and sparkles, and frankly, it scares the glitter out of me.

How would I be able to relate to a little girl who was into these things? 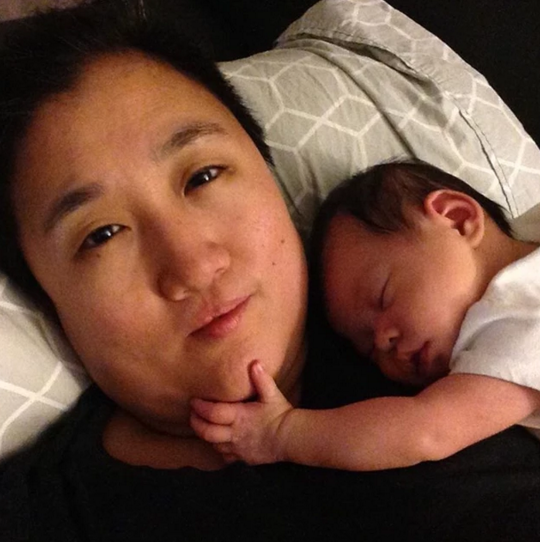 My ultimate fear, however, was (and is) that my daughter will ask me the very same question that my coworker's son did, and that she'll resent me for having to ask the question in the first place. But as usual my voice of reason, my wife reminded me of what was most important: Our daughter is going to love us regardless of what we look like or what interests we have, just as we will love her regardless of her color choices or toy preferences.

She's right, of course. With how much I love our girl, I would just as happily sip tea in a princess castle while wearing a feather boa as I would be playing with dinosaurs. Not to mention, there will be no one telling her she can't be both a monarch and a velociraptor trainer. 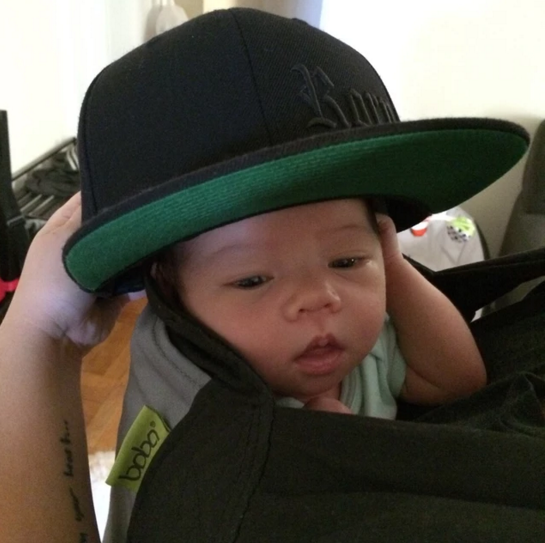 I've come to terms with the fact that she'll likely ask me why I don't look like other moms, but my wife and I will tell her what we wish all parents to tell their children: that everyone should be able to be whoever they truly are. And, while I know I'll embarrass her at some point, my larger hope is that maybe one day she'll be proud of her mom for doing just that.

Please Don't Congratulate Me On Losing My Baby Weight

Why I'm Terrified To Leave My Kids With A Babysitter

I Had A Baby & Lost My Job Seven Weeks Later

Voting Made Easy
Register to vote and apply for an absentee ballot today
Register now
More:
gayLesbianWorking MothersParentsgay issues
Newsletter Sign Up
Raise the kind of person you'd like to know
Subscribe to our parenting newsletter.
Successfully Subscribed!
Realness delivered to your inbox