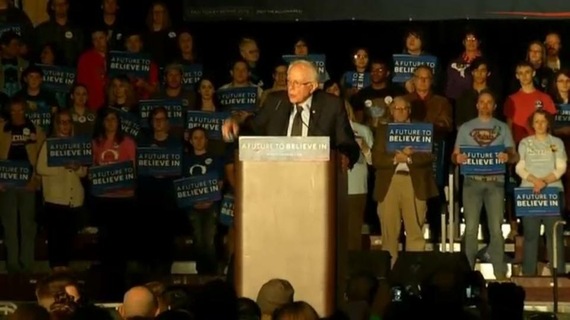 Tonight in Springfield, Missouri, I was a part of something much greater than myself when I had the privilege to hear Senator Bernie Sanders speak to a crowd of almost 5,000 people. While I was unbelievably excited to hear Senator Sanders speak in person and was solid in my decision to support him in the primary, I wasn't prepared for the emotional impact of coming together with thousands of Missourians to support the only candidate that I truly believe wants to be president simply to help others.

When talking about Senator Sanders to others, I will often explain that I believe Senator Sanders dreams about social justice and income inequality when he goes to sleep at night. Regrettably, I think every other candidate usually dreams about hearing the title "President" before his/her name.

This man speaks up for every single disenfranchised population and genuinely wants every person to prosper and gain access to the dream that has moved further and further away from everyday Americans as the top 1 percent grow richer off of the people putting their blood, sweat and tears into our nation. He is sincere, he is consistent, and he has united millions of people.

People often tell me that they believe Senator Sanders won't be able to achieve all of his goals, so why bother? This logic frustrates me because I encourage my students daily to strive beyond what they believe to be possible.

Why have a goal if it isn't going to be something for which you have to strive? Not everything in life is easy to achieve. It is often that which requires the most work and perseverance that provides the greatest rewards.

Plus, by getting out the vote for Sanders, we have the chance to shift the power of Congress. Once this happens, Sanders' "lofty" and "radical" ideas suddenly become quite possible. It is also imperative to point out that he is handily defeating every Republican candidate by a greater margin that Secretary Clinton in polls of general election match-ups.

Listening to Representative Tulsi Gabbard, civil rights leader Ben Jealous, and finally Senator Sanders, my heart was in every yell, every clap, and every wave of my sign. I have voted in four previous presidential cycles (every cycle since I turned 18) and have never been able to follow my heart as much as I am in this primary. Too often in politics today, our vote is more of a vote against the other guy instead of a vote for our guy.

On Tuesday, March 15, I will be casting a vote for my guy, Senator Bernie Sanders. Read about him, research him, and listen to your heart. You might feel a bit of what I felt tonight and make him your guy, too. 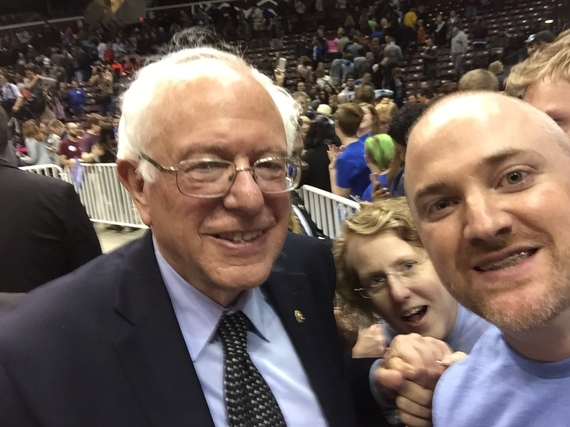