Feel like day dreaming? Let your mind travel to these out-of-this-world places, because they literally don't exist in this world, and your imagination is the only way to get to them. But we sure wish they were real...

This image was created by photoshopping a portion of the Schloss Lichtenstein Castle in Germany on top of James Bond Island in Khao Phing Kan, Thailand. This would have been an awesome place to get away from literally everything.

2. The Forgotten Temple of Lysistrata, Greece

This eerily beautiful but fake sight is a photoshop combination of the Pantheon in Rome with the Benagil Cave in Algarve, Portugal.

3. The Underwater Train in Venice, Italy

The train is actually a Danish ‘H’ train, running from Copenhagen to Frederikssund, as one can see in the photo. The station is a photoshop combination of a train station with an aquarium tunnel.

4. The Islands of Molokini, Maui, Hawaii

The crescent moon-shaped island is actually real -- it is the Molokini Shoal, located off the coast of Maui. However, the star-shaped island adjacent to it is an entirely photoshopped addition.

5. The Isle of Skye, Scotland

This place exists! But not in Scotland. And it doesn't have purple trees. A major photoshop job was done on an image of the Shotover River in New Zealand. 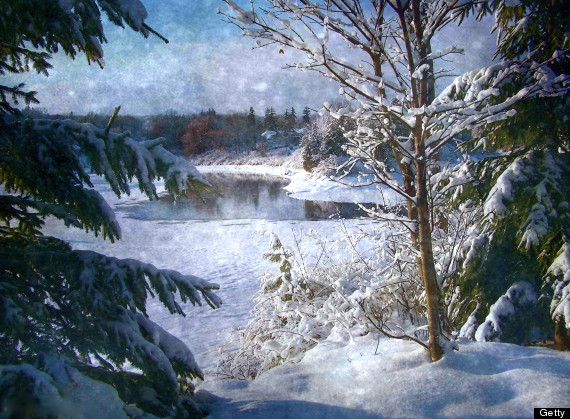 Wouldn't you like to venture to a mysterious winter wonderland, leaving behind your worries, while virtually stopping time in the real world?

7. The Wizarding World Of Harry Potter 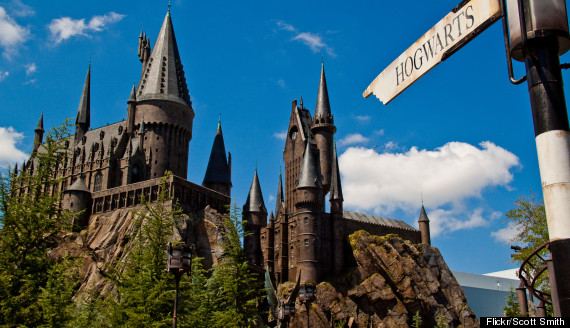 Of course, there is Universal Orlando's Wizarding World of Harry Potter, which helps to satiate our magical hunger, but it could never compare to the world J.K. Rowling created in our imaginations. We want to mingle with real witches and wizards as we sip our Butterbeer in Diagon Alley.

The Wizarding World of Harry Potter
Voting Made Easy
Register to vote and apply for an absentee ballot today
Register now
More:
travelPhotoshop
Newsletter Sign Up
An essential daily guide to achieving the good life
Subscribe to our lifestyle email.
Successfully Subscribed!
Realness delivered to your inbox