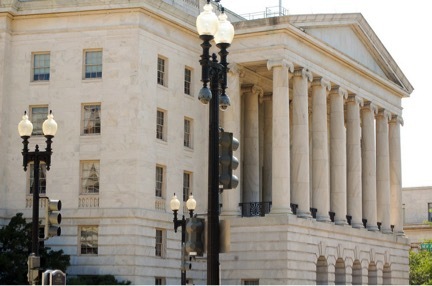 Part 1 of our new Imagine Series

For about 30 years, polls have consistently shown that the general public thinks most public spending on "government" is wasted. The same public thinks, however, that more money should be spent to deliver the specific outcomes and services that they desire.

So how do we fix this disconnect and shift the current discussion about government from eye-rolling and ideology to proactively building the government of the 21st century? It might sound hokey, but we believe that this first step to building this future government begins with imagining.

We can map a pathway to build this 21st Century government. While a systemic transformation will not happen overnight, the boundless opportunities for innovation and change are everywhere. From embracing the possibilities of big data, to deploying new citizen engagement technologies, there are infinite opportunities for government to innovate in such multi-trillion dollar sectors as health and wellness, early education, job training, infrastructure and criminal justice reform. And if properly leveraged, these innovations would lead to better outcomes - better health, better education, better infrastructure, and a better future.

Creating the 21st century government is more than an act of Congress. It needs systemic change from inside and outside of Washington DC -- and from the bottom up. This means a new way of doing business - building new partnerships between governments, businesses, community leaders and citizens. It will also take new skills to master data analytics and other disruptive technologies - the subject of this week's Data for Social Good conference happening at Georgetown. And finally, it will require a mindset shift - one that embraces change, risk and possibilities of radically better future.

Navigating how we make these complex transitions towards exponential change is at the heart of The Beeck Center's new Imagine Series launching here at SHIFT. Every week, we will Imagine new possibilities for social change across the public, private and nonprofit sectors. In this first post, Imagine (Government), we outline recommendations and ideas for creating a 21st Century government driven by innovation and outcomes.

Government: It's Here To Stay

Government is here to stay. Local and state government has been the biggest single employer in the US economy for the last 30 years, with over 19 million workers according to the latest data. That's not counting public health and education-related business employment, which the Bureau of Labor Statistics counts separately, or 2.7 million federal workers, 85 percent of whom are not in Washington DC. Spending for popular programs like Medicare now tops $2 trillion per year, with over 54 million people accessing Medicare. And as noted above, polls show that people really like the government services they use. However, they don't like the "other" things that governments do.

So, what do people like? People like the 9-1-1 service. It is especially helpful when your house is on fire or someone gets ill. We want better roads, better bridges, and clean water. This is government. People don't like it when government seems ineffective. For instance, we are concerned about the quality of our education and have less faith in government's ability to deliver these results than a generation ago.

Beyond the specific items, nearly all Americans want government to do better, provide better services and do more for less.

We all seem to believe that government does not innovate.

Yet the truth is far less black and white.

Nesta's Geoff Mulgan, as he often does, says it best:

There's a preconception that bureaucracies lack the competitive spur that drives businesses to create new products and services; that their rules squeeze out anything creative or original; that their staff are penalised for mistakes but never rewarded for taking successful risks. So while businesses develop new chips, iPods, aeroplanes and wonder drugs, the slow and stagnant public sector is perceived as acting as a drag on everything else... But it is at odds with the history of innovation. Two of the most profound innovations of the last 50 years were the Internet and the World Wide Web. Both came out of public organizations: the Defence Advanced Research Projects Agency (DARPA) in the first instance and CERN, the European Organization for Nuclear Research, in the second... Even today, the caricature of public agencies as stagnant enemies of creativity is disproven by the innovation of thousands of public servants around the world who have discovered novel ways of combating AIDS, promoting fitness, educating, vaccinating vast populations or implementing new methods like intelligence-led policing or auctions for radio spectrum.

So the big question is: how can we scale government innovation faster?

The Bottom Line for 21st Century Government: Accelerate or Die

We have some ideas.

1: Create an Outcomes Mindset
Since its launch in 2014, The Beeck Center has released two major papers to ignite a conversation with policy experts and government leaders about how we can transform government by focusing on outcomes. Duh, right? You would think. But when you dig deep into the weeds of how government (and even philanthropy) works you will find that too many programs get funded based on how many treatments and trainings are logged into the database, not for the outcomes we want -- like how long someone stays off drugs, or off the streets or in a job. We need to SHIFT our thinking. More to come on this transformation in the postings to come.

2: Delivery System Reform
Creaky old government systems aren't working so well. We all know about the 150 year old water pipes that are bursting every summer; those are a disgrace but at least easy to replace. We know far less about how to fix 50-year old government programs that need an overhaul. Transforming from one complex business model to another is as much art as science, but we know that new skill sets and new finance mechanisms will be part of the solution. So will major changes in how we organize 89,004 units of government, 50 states and 171 Congressional subcommittees to deliver outcomes. One final ingredient: practical skills to embed these reforms in bureaucracies where new ideas aren't always welcome with change-resistant warlords. We need to create a SHIFT to new skillsets.

3: Big Data Done Right
Technology, data and the apps economy are changing every aspect of how governments deliver services. The stakes are high here: the federal government now spends $86 billion on technology. These technologies are also enabling citizens and private companies to change the paradigm for how people interact with government and help shape community-based solutions on their own. Data mastery is therefore a critical skill for governments aiming to adapt, and that includes understanding how to effectively engage local communities and how to protect the public's privacy. We need to SHIFT how we use data.

4: Next Gen Partnerships
Should a real estate developer get all the profits from land values going up when the public invests in a transit system that spurs neighborhood revitalization?
Should Uber get all the money when their core innovation is only possible due to a publicly-funded electricity grid that the Internet depends on? Figuring out how to share the benefits and profits from innovation and creativity has never been easy, but that doesn't mean we can avoid the challenge. As the Internet enters what business pioneer Steve Case calls the Third Wave, disrupters like AirBnb and Uber are upending the old ways that we allocated benefits and regulated people who cut in line. Controversies caused by so-called "disrupters" will only continue - until we imagine new ways to equitably allocate the shared savings created by innovation, even when the public sector is only involved peripherally. It's sounds too grandiose to say we need to create a new social contract (although we do!) and too boring to call these public-private partnerships (it is!). We need to SHIFT to next generation partnerships.

In weeks to come, our mission through this series at SHIFT will be to figure out the intricacies of these next gen, public-private partnerships - between government, business and philanthropy. We will imagine solutions, envision new realities, and highlight disruptive voices from The Beeck Center and beyond. We welcome your voice as well: @BeeckCenter or email us at beeckcenter@georgetown.edu to contribute, as we imagine a better world - together.