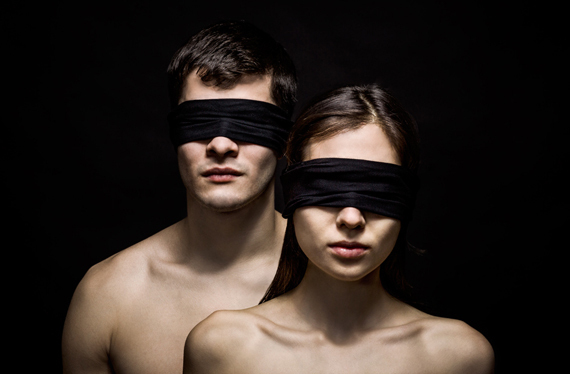 In 1955, Playboy magazine published Charles Beaumont's The Crooked Man, a short story set in a sci-fi world where heterosexuals are persecuted. A year earlier, Beaumont's Black Country had been the very first short story to be featured in the then-burgeoning girly mag, and when Esquire rejected the author's controversial new piece, Playboy founder Hugh Hefner stepped in and agreed to publish it. The response from readers was swift and harsh, but Hefner maintained that gay rights are human rights, decades before it was fashionable to do so. Beaumont went on to pen screenplays for The Twilight Zone and work for B-movie icon Roger Corman, while Playboy, famously, became one of the world's most recognizable brands, its founder championing marriage equality as an extension of the sexual revolution.

I'd already written my first feature-length screenplay, Pink Moon, about two teens forced to hide an unintended pregnancy in a society where heterosexuals are persecuted and abortion is forbidden, when The Crooked Man was brought to my attention -- separately, interestingly enough -- by two straight male friends. A screenwriting expert once said that if someone else shares your idea, you have no choice but to scrap it and come up with something completely new, and I'd been keeping the plot of Pink Moon close to the chest, naïvely believing it was somehow novel. But learning that the concept of a reverse world in which heterosexuality is stigmatized has been swirling around inside the heads of writers for over half a century was oddly comforting. (It's also the premise of Anthony Burgess's 1962 dystopian novel The Wanting Seed.) It's what you do with an idea that counts -- just ask Thomas Edison.

The most immediately apparent impact of a society that oppresses a segment of its population is often on its youth. Too frequently, it takes the form of bullying and suicide, issues Pink Moon explicitly confronts and which I explored, albeit more allegorically, in my short film Sam. But the concept of a homonormative society invites all sorts of other, less obvious questions, paramount among them being the logistics of procreation and gender roles. The deeper I delved, the more fascinated I became with the idea of what reproductive rights might look like in a world in which, for example, low population levels might be a concern, and where the painstaking, often costly process gay couples routinely endure in order to start a family today might be, in a reverse society, the status quo.

It was immediately after I'd completed the first draft of the script that I realized just how fundamentally tied a woman's right to choose is to lesbian, gay, bisexual and transgender (LBGT) rights, from personal freedom, what society dictates we can and cannot do with our bodies, to the oppression and violence that has resulted in the fight to both obtain and protect those rights. But in this alternate reality, groups that are considered allies in our world would likely be adversaries. An entire social system, perhaps including obligatory sperm donation and surrogacy, would need to be devised to maintain the human race. (It's a potential "doomsday scenario" that anti-gay crusaders have been nonsensically peddling for years, but it makes for a fascinating examination of how political allegiances are formed.) For the gay majority in this fictional society, elective abortion would be unheard of, and seeking or performing one would be a grave offense.

What's most frightening about this imaginary world is how close to reality it's becoming, for wholly different, unrelated reasons of course. As the battle for marriage equality makes great strikes in the U.S., we're already seeing pushback, with Jim Crow-style laws being presented through the states. It's the same tactic that lawmakers across the country have been using to wage an assault on women's rights, to say nothing about the assault on providers themselves that mirrors the violence seen against members of the LGBT community.

Republican-led legislatures are systematically chipping away at reproductive rights, killing funding for Planned Parenthood, which provides basic health services to millions of (mostly low-income) women, and using draconian regulations targeted at women's health clinics where they're needed most. Dozens of clinics have been shut down across 27 states in the last three years because of rules that are, by design, impossible to comply with. Combined with longer waiting periods and invasive, medically unnecessary procedures, these new restrictions put a needless (and surely unconstitutional) burden on women, and, despite what pro-life groups claim, they do nothing to reduce unintended pregnancies or the need for abortion services. Instead, it forces women back into the shadows to seek alternatives, most of which are dangerous or only accessible to the well-connected.

For those of us who were born post-Roe v. Wade, the 1973 landmark Supreme Court case that protects abortion as a constitutional right, it might be hard to imagine what it could be like if abortion weren't safe, legal and accessible. Pink Moon imagines such a world. First and foremost, however, it's a love story, about a young couple who must make an altogether larger choice, one that lives at the root of all of these issues: a choice between love and fear.