One of our favorite supermodels, Iman, stopped by "The Wendy Williams Show" on Wednesday to share some of the sage advice she has picked up over the years and to stun us with her age-defying beauty, of course.

The 57-year-old beauty wore a chic magenta suit, silky purple blouse and sparkly cocktail rings, all from the Rachel Zoe's stylish, yet struggling, clothing collection. And after being sidelined from rocking heels due to a foot fracture this summer, it was nice to see the star back in her beloved stilts.

Iman told viewers that there is nothing ladylike about wearing ballet flats and that she was dying to get back into her stilettos.

"Brian Atwood are the only shoes I can wear. Who knew that something this high could be comfortable?" she said.

And while heels are a permanent part of her style arsenal, we were surprised to learn that makeup isn't. For a woman who runs a major cosmetics brand, Iman revealed that she only wears makeup once or twice a week for meetings and interviews.

The lack of speckle doesn't seem to bother her better half. Iman's 20-year marriage to legendary rocker David Bowie is the stuff fairy tales are made of.

The secret behind their long-lasting love? Iman said that keeping their personal and professionals lives separate is the key to keeping the marriage intact all these years. "We never have photographs taken in our apartment and we don't do fashion shoots together," Iman said. "Home is private."

Watch the clip from Iman's 'Wendy' show appearance in the video above and check out her stunning style evolution in the slideshow below. 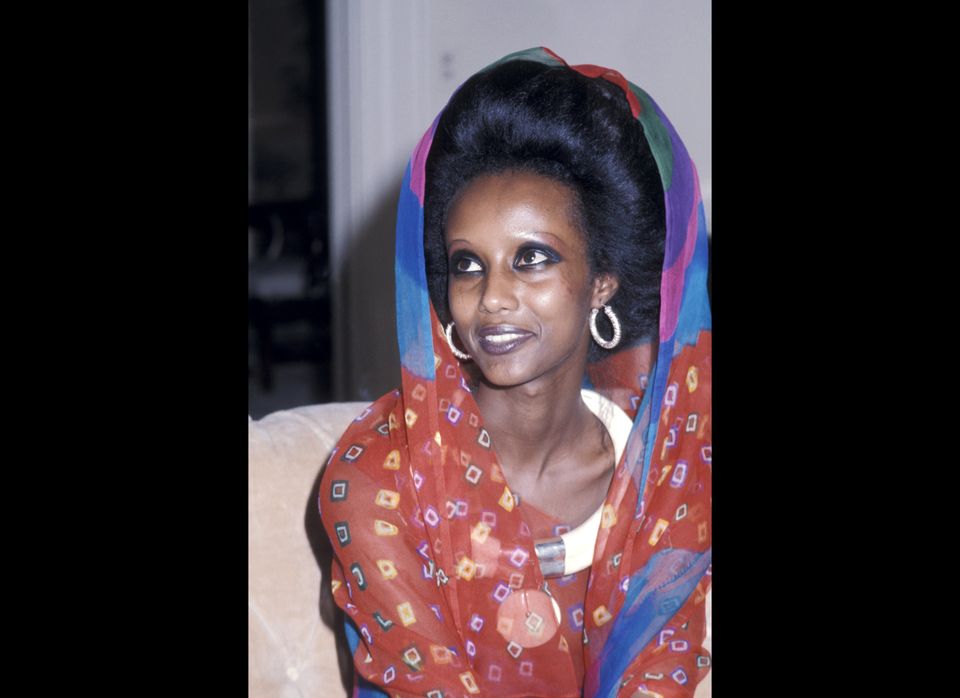