Five times a day, Princess Jasmine escapes the pressures of the royal palace to walk through the city streets under the cover of a modest headscarf. 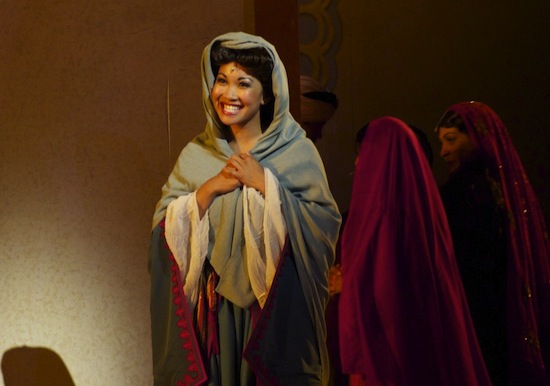 Or at least that's what happens in Aladdin: A Musical Spectacular, the live show that performs five times every day in front of hundreds in Disney's California Adventure theme park in Anaheim. Aladdin's broad humor and characters are geared toward young children, but everybody enjoys the show.

When real-life Disney employee Imane Boudlal asked to wear a hijab, the headscarf worn by observant Muslim women, during her hostessing shift at a California Adventure restaurant, Disney told her no.

Imane, a U.S. citizen born in Morocco, had endured anti-Muslim and anti-Arab harassment since she started as a hostess at Storytellers Café in 2008. She was repeatedly taunted as a "terrorist," a "camel," "bombmaker," and "Kunta Kinte," the slave from Alex Haley's "Roots". (One of Imane's attorneys, Anne Richardson of Hadsell Stormer, called it the most egregious case of of discrimination and harassment that she's seen in her 22- year career.) When she reported these attacks to her Disney managers, they told her that she had to put up with them. 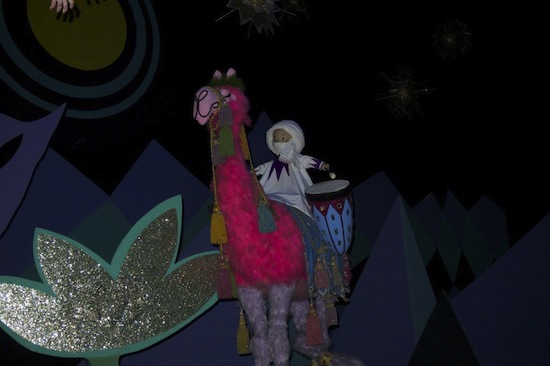 When she decided to start wearing a hijab full time, coinciding with the Muslim holy month of Ramadan, Disney sent her home without pay. Even though Disney showcases women in headscarfs every day, in the It's a Small World ride and elsewhere, Disney managers told Imane that wearing a hijab would make some customers uncomfortable and negatively affect their experiences at the cafe. Imane offered to wear a simple hijab with the Disney logo, or a hijab the same color and material as her work uniform, but her Disney manager gave her an ultimatum: either give up her position as hostess by working at the rear of the restaurant, or cover up her hijab with a ridiculous, wildly ostentatious hat worn by no other employee at the cafe. When Imane explained that both alternatives demeaned her religion and she could not accept the alternatives demanded, Disney stopped scheduling her shifts. 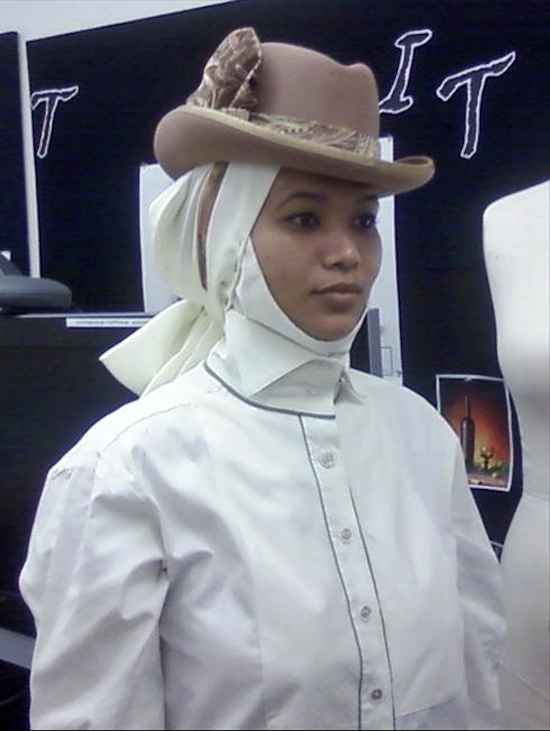 Disney claims to pride itself on the diversity and tolerance of its organization. In fact, a "Spirit of Tolerance" plaque hangs in an exhibit on Disneyland's Main Street. This principle of tolerance for all religious beliefs is so integral to our American way of life that Congress extended its reach to hold all private workplaces and employers accountable to precisely the same constitutional standard as we hold all of our governmental institutions. Title VII of the Civil Rights Act of 1964 prohibits private workplaces from being environments where any religion may be disparaged or treated unfavorably. To that end, Imane filed a lawsuit against the Walt Disney Corporation.

For all intents and purposes, she was fired for her religious beliefs. And it's clear that Imane was targeted by Disney employees because she is a Muslim.

Imane no longer works for Disney, or wants to. She lives in Anaheim and finds herself driving far out of her way to avoid Storytellers Cafe. And every night, the boom of Disney's fireworks show reminds Imane of her mistreatment. At her press conference yesterday, Imane was asked why she's pursuing the suit. She said, simply, that "I don't want to see anyone go through what I've been through."

In America, no one should have to.