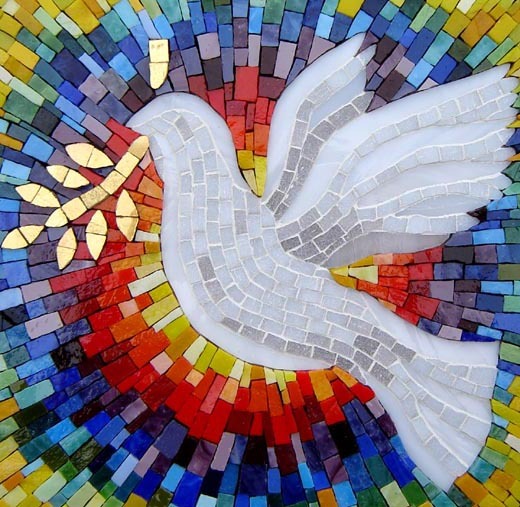 Native American vestments draped over his 2015 business suit, Ohlone descendant Andrew Galvan, whose ancestral lands encompass the San Francisco Bay area, smiled broadly at the 400+ paying guests at a recent event in San Francisco. The attendees had just responded to queries about when their ancestors first emigrated to the U.S.: some in the 21st century, most in the 20th century, a few in the 19th, 18th or 17th.

"My ancestors," Galvan observed, "apparently welcomed all of you." Coming at a time of crisis and dissension over new immigrants seeking welcome in these old lands, the message was not lost on anyone.

The occasion was the 18th Annual Interfaith Thanksgiving Prayer Breakfast hosted by the San Francisco Interfaith Council. Some 800 churches, synagogues, mosques and other faith communities are part of the SFIC. Months before refugees and immigration became a global humanitarian crisis and a U.S. political tinderbox, plans were underway for this year's breakfast. Its theme? "Faith and Sanctuary: There Are No Strangers."

Galvan explained that his ancestors acknowledged a Grandfather creator-god - who worked in cooperation with Grandmother Earth. He then led prayers of thanksgiving, with explanations, to the four directions:

To the East, "where the new day begins and we have the opportunity to begin again and again."

To the West, "where brother sun sets and the moon and stars are in control; and we enter dreamland. Grandfather, protect the children who sleep and keep us clear of nightmares. Teach us to live right that we may die right." And :

To the North, "where are the snow-capped mountaintops. Grandfather, thank you for our sister water. We thank and praise you for the gifts of Nature."

There were other explanatory elements, but most notable, for the multi-ethnic group representative of so many contemporary religions, was the business of cooperation among all those Grandfathers and Grandmothers, brothers and sisters.

Toward the end of the program former Speaker of the House Nancy Pelosi arrived, slightly late, offering as her apology the fact that she had been outside on her cellphone ("You could probably hear me . . .") with colleagues in Washington threatening to shut down the government unless we stop admitting refugees. "These children," Pelosi said with no attempt to control her wrath. "Fleeing war and unimaginable horrors." She went on to cite facts about the current refugee population - such as that well over one-third are children, about one-half are women, a large percentage are elderly - and only two percent are in the category (younger, male) that could, though it's unlikely, constitute a threat. "And if you are in the U.S. today," Pelosi continued, "and you are a young male on a terrorist watch list, you can walk into almost any gun store and walk out with the weapon of your choice."

At one largely Presbyterian table (where a few What Would Jesus Do? comments had been made about the current U.S. debate,) someone remarked, "Grandfather and Grandmother are among the refugees. And I think the Great Spirit is not pleased." 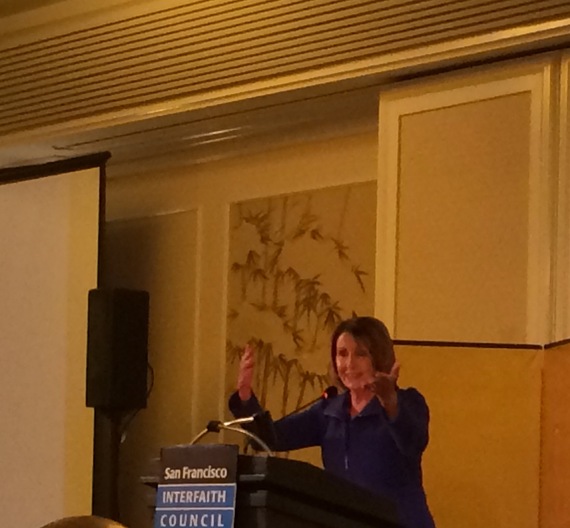