Protesters held signs with "Marco Rubio Say Yes" and "Marco Rubio, Keep Families Together" directed at the Cuban-American Senator whose immigration platform is seen in opposition with the wishes of the Latin base in his hometown of Miami.

See photos from the protest below.

"There so many people out there who have so many needs and so many challenges,” one marcher told NBC6. “A simple thing like having a driver’s license or having a Social Security number prohibits them from just doing the best they can in this country.”

“These residents, if they can get to be permanent residents or citizens, they can take better jobs, they can buy houses, they can contribute more,” Miami Mayor Tomas Regalado said at the rally that ended at Bayfront Park.

The march, in which the city's Haitians, Central Americans, Mexicans, Cubans, Asians rallied together, was the biggest pro-immigration reform rally in Miami since a series of rallies and demonstrations in 2006, reports the Miami Herald.

Wednesday a much larger immigration reform rally will take place at the capitol to urge lawmakers to address the estimated 11 million undocumented immigrants in the U.S. 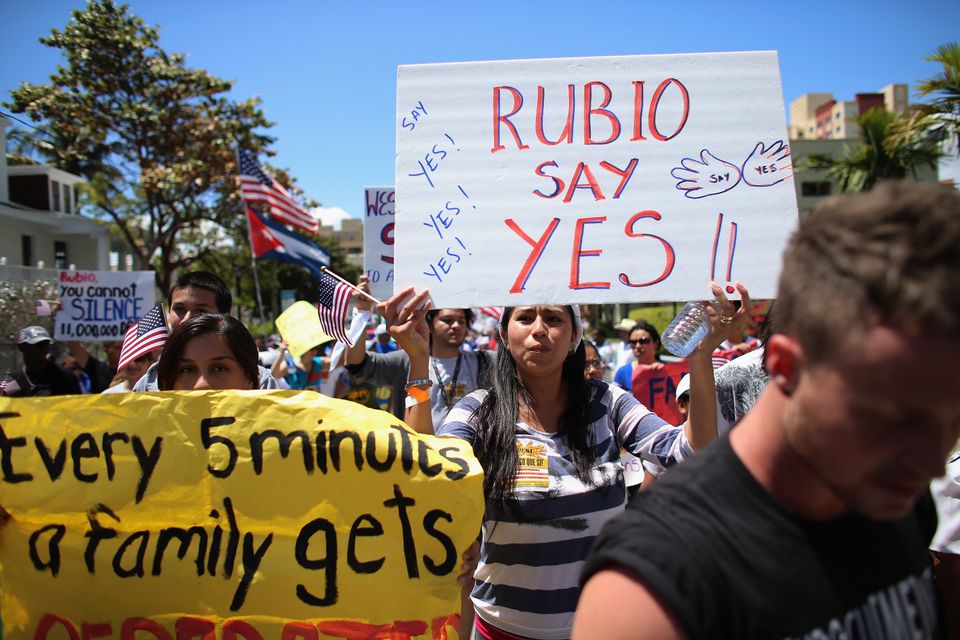 1 / 19
Activists March Through Miami Demanding Immigration Reform
MIAMI, FL - APRIL 06: People participate in a protest march that organizers said was an attempt to get the U.S. Congress to say yes to immigration reform on April 6, 2013 in Miami, Florida. The marchers were calling for a new immigration system with a real and inclusive path to citizenship for 11 million aspiring Americans, and to keep families together. (Photo by Joe Raedle/Getty Images)
Getty Images