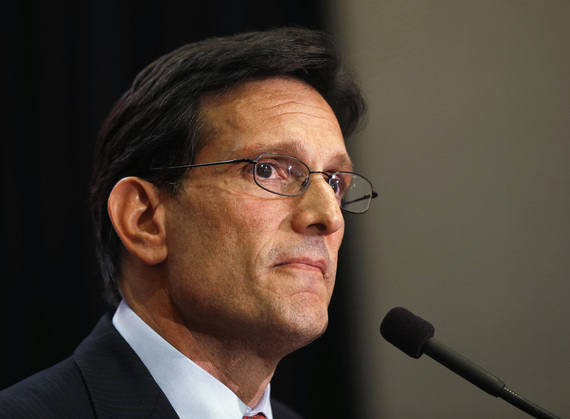 Plagued by ideological gridlock, midterm electioneering and the fall of Majority Leader Eric Cantor, Congress appears hopelessly fragmented and paralyzed, unable to vote on even the most important policy issues of our time. Some think comprehensive immigration reform is dead, others say it's for the best. Anti-reformists argue that lawmakers should double-down and focus on jobs and the economy. The problem: Comprehensive immigration reform is the economy.

It's been an entire year since the Senate immigration bill was passed, the House immediately shut it down without advancing a single alternate proposal. What really frustrates me -- and other CEOs, including Randall Stephenson of AT&T, Lowell McAdam of Verizon, Mark Zuckerberg of Facebook, Muhtar Kent of Coca Cola and Donald Thompson of McDonalds -- is that this bill has something that both liberals and conservatives can fall in love with.

For fiscal conservatives, the Congressional Budget Office (CBO) estimates the Senate bill would reduce our deficit by nearly a trillion dollars over the next 20 years. For liberals, economists project that passing comprehensive immigration reform would raise wages by 25 percent and create 160,000 jobs each year -- American jobs. All this should convince any member of Congress with a conscience to pass immigration reform. But for some on Capitol Hill, the only job they care about securing is their own.

As for the everyday American who thinks preserving our economy is a good thing, my association partnered with the George W. Bush Institute to publish an immigration study, and delivered a copy to every member of Congress. 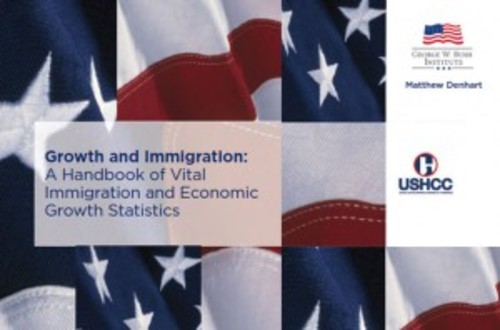 If Congress refuses to vote on immigration reform, make no mistake, the changing face of America will. We live in a democracy, and in a country that 53 million Hispanics call home. Consider also, that 50,000 Hispanics turn 18 every month and become eligible to vote. That's one every 45 seconds, or a quarter million new voters that can be registered between now and the midterm elections in November.

Will Hispanics really affect the midterms? Yes. After all, one in six people in America is of Hispanic descent. Is this a matter of opinion? No, it's what President Bill Clinton calls "arithmetic." 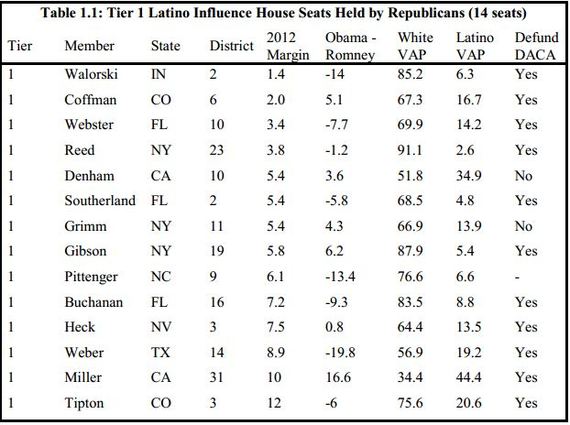 Latino Decisions, a leading political opinion research group, concluded that up to 33 House seats -- including 14 Republican seats -- can be decided by the Hispanic vote. Alienating Hispanic voters is like a dangerous game of Russian roulette; you can only go so many rounds before you inevitably do some serious, irreversible damage to yourself and your party. As Leader Eric Cantor knows all too well, no House seat is immune from the democratic process.

Bottom line, from here on out, the Hispanic vote will become increasingly more indispensable with each passing election cycle. And this isn't some distant, theoretical assertion.

Let's look at some of the most recent and most closely watched elections: 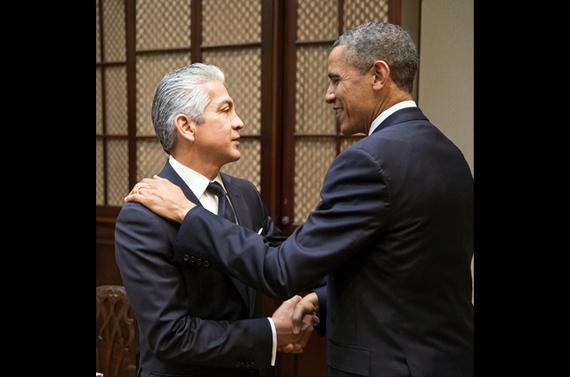 As the nation's leading advocate for over 3.2 million Hispanic-owned businesses and 221 major U.S. corporations, the United States Hispanic Chamber of Commerce (USHCC) strongly urges Congress to set aside political posturing, embrace the economic imperative of comprehensive immigration reform, and pass long overdue legislation now. Major US brands such as AT&T, Coca-Cola, Facebook, McDonalds, and Verizon recognize the surge in economic growth, innovation, and job creation that a comprehensive bill would unleash. It's time to do the principled thing, the profitable thing, and put immigration reform to a vote this year.

Here's the best advice I can give to Congress: at the end of the day, negotiations, whether they're motivated by profit or politics, achieve their highest possible success when we recognize that cooperation works better than conflict, that solidarity outlasts isolation, and that our differences do not outweigh our common interests.

The opportunities abound, but the window is closing. If Congress fails to act on immigration reform this summer, rest assured that the Hispanic community will hold those responsible accountable come Election Day.