For years, I've been relying on this savory, warm drink when I need something fortifying but don't have the time or energy to make a pot of soup. The combination of miso, ginger, garlic and scallion clears my head in an instant and can stop a cold in its tracks.

Place the unpasteurized miso in a mug. Finely grate the ginger and squeeze the juice (about 1 tsp.) into the mug. Add garlic and boiling water and stir to dissolve miso. Add more miso to taste and stir in scallion and cayenne pepper. Serve hot.

Amy Chaplin is the author of At Home in the Whole Food Kitchen: Celebrating the Art of Eating Well.

OWN Healthy Mind & Body Own 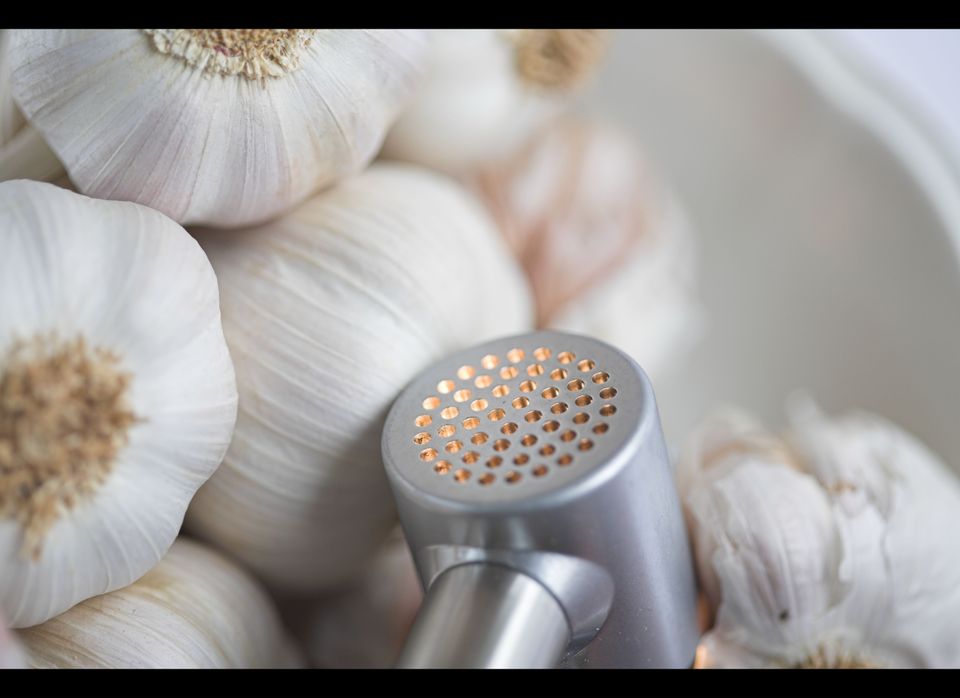 1 / 5
Garlic
Garlic's history as an infection fighter runs long (it was used as an antibiotic during both World Wars) thanks to the sulfur-containing compounds in each clove, <a href="http://apps.who.int/medicinedocs/en/d/Js2200e/4.html">including powerful allicin, ajoene and thiosulfinates</a>. The anitmicrobial effects of the garlic compound allicin are well-documented, including in <a href="http://www.allimax.us/Cutler.pdf">a 2004 study</a> in the <em>British Journal of Biomedical Science</em>, where researchers found the sulfinate effective against powerful, antibiotic resistant bacterial infections from Methicillin-resistant Staphylococcus aureus (MRSA). The medical literature consistently shows that <a href="http://www.ncbi.nlm.nih.gov/pubmed/10594976">allicin is also active</a> against drug-resistant E.coli infections, fungal infections (particularly oral and vaginal yeast infections), and parasites, including Giardia -- a common cause of traveler's diarrhea. Allicin also has antiviral properties. It's important to note that these findings have been on the cellular level in a lab setting, rather than observed from human diets. But at least one clinical trial found that dietary garlic was <a href="http://www.ncbi.nlm.nih.gov/pubmed/11697022">useful in preventing colds</a>. Allicin is only released when garlic cells are damaged (cutting, crushing, chewing) and is heat sensitive. Try adding some minced, raw garlic to a salad dressing.