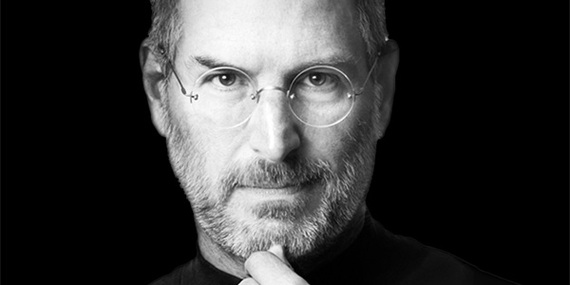 Earlier this week the official trailer for the new Steve Jobs Biopic was released to the world. In the trailer for the film, audiences can see the late Jobs, as played by Michael Fassbender, during his struggles to grow and manage the Apple corporation.

The film not only incited a great deal of excitement among fans and movie goers alike, but it also reminded many of the legacy that the innovative Steven Jobs left behind. Upon further inspection of the trailer, audiences can be reminded of both the impact that Jobs had and of the important PR lessons that his legacy can teach us all. Here are some of the most important PR lessons we can learn from the late Steve Jobs.

The Value of Good PR Should Never Go Underestimated

In the late 1970s, Steve Jobs received his first big investment for the Apple corporation. It came from angel investor Mark Markkula and was for $250,000. The money was meant to go to the development of the new Apple II product, the first major Apple product to hit the masses. However, when Jobs received that money, before he started investing in new hardware he hired the best PR professional in Silicon Valley, Regis McKenna. Jobs knew before he could focus on building the products that would launch his company that he needed to have a PR plan in place.

With this PR professional in place, Jobs wanted to focus on a few things that would help set the Apple brand apart, even before his major product hit the market. One of the first things was to set up exclusive interview with journalists and creating brand awareness. The power of exclusive interviews ended up being of great benefit to Jobs in the early days of Apple.

Creating a Buzz of Excitement is Always Important

In the Steve Jobs movie trailer, fans can see images of crowds of Apple fans stomping their feet and cheering as they wait for Jobs to walk onto the stage and introduce the company's latest product. This is an image that many people today find is synonymous with the name Steve Jobs. This buzz of excitement is something that Jobs valued highly.

Jobs always attempted to create this type of frenzy and excitement surrounding product launches and press conferences, and it is something that he spent a great deal of time focusing on. Many referred to Jobs as the kind of the product launches, and no matter how many products he unveiled, he always received a great deal of public excitement and media attention whenever something new came to the market.

This excitement also translated into bringing new talent onboard at Apple. One of Jobs' biggest accomplishments was when he brought on Pepsi executive John Sculley as CEO in the late 1980s, mostly because Sculley was behind what Jobs thought was one of the best PR campaigns in history, the "Pepsi Challenge." bringing Sculley on was all about bringing his PR expertise to Apple.

Apple has dealt with several crises during its long career in the industry, but when Steve Jobs had to deal with what is no known as "Antennagate" he showcased the importance of handling crises communications in the right way.

Shortly after the iPhone 4 was launched, the public discovered there was an issue with the antenna, this design issue resulted in several dropped calls for consumers. At first, Apple tried to ignore and downplay the issue. Eventually many were expecting Jobs to go on the defensive, be humble and apologize, but his PR advisor suggested he do the opposite.

The approach Jobs took was that all mobile phones sometimes lose their connection, he backed this up with data on all mobile phones and created a story of "all mobile phones dropped calls and the iPhone is still a mobile phone." The response didn't follow the traditional PR playbook, it was bold, fact driven and actually worked to keep critics from firing back.

It was a difficult situation, but it was one that Jobs handled with strength and conviction and one he handled his own way.

These are all some of the most important lessons for PR pros to keep in mind. Whether or not these lessons are detailed in the film is yet to be seen, but what is clear is that those who know and have followed the career of Steve Jobs understand the lessons he can teach us all about public relations.