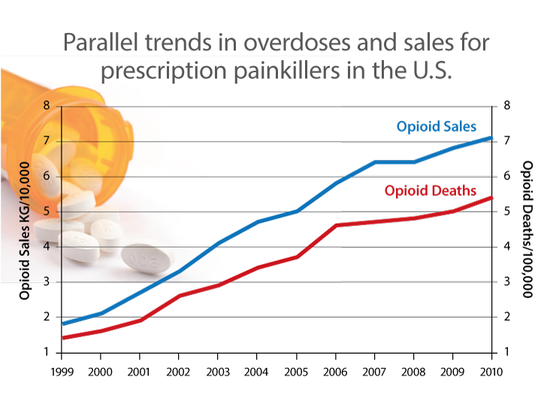 Tomorrow, New York State will launch a key component to stop one of the few causes of death that is rising rapidly in America: I-STOP, the Internet System for Tracking Over Prescribing. New York State will require doctors to consult a patient's medical history before prescribing most painkillers, or "opioids," as they're also known. These include Vicodin®, OxyContin® and methadone.

This is an important step forward in the fight against the epidemic of prescription painkiller abuse and addiction sweeping the nation.

In the U.S., prescription painkiller overdoses killed four times as many people in 2010 as in 1999. A stunning and sobering number: more than 125,000 Americans have died lost in the past 10 years from legal painkillers.

In fact, deaths from prescription painkillers are now more than twice as common as those attributed to heroin and cocaine combined.

The law will require New York prescribers to use an internet portal to access the state's Prescription Monitoring Program before prescribing a controlled substance, such as an opioid painkiller.

Prescription monitoring programs are valuable tools for prescribers. They can provide accurate, timely patient prescription histories. Such information can alert physicians when their patients are obtaining prescriptions from multiple prescribers and help them coordinate care, including referring patients for substance abuse treatment when necessary. Providers can also use this information to avoid potentially dangerous drug interactions or drug combinations.

As a third requirement of the law, by December 2014, controlled substances will only be available via e-prescription in New York. This will address the problem of forged or stolen prescriptions--used both by people who are abusing these powerful drugs and by criminal organizations obtaining pills to resell on the street.

New York joins states such as Kentucky in showing great leadership in reversing the epidemic. As a result, patients have access to safe, effective pain treatment while providing prescribers information they need about their patients to reduce the risks from dangerous use of prescription drugs.

I want to hear from you. In the comments section, tell me what your state is doing to fight this problem.