I believe the map of Africa is very beautiful and I really love this continent. It motivated me to design a mathematical figure by Africa. My first continents-inspired figure is fractal Africa: 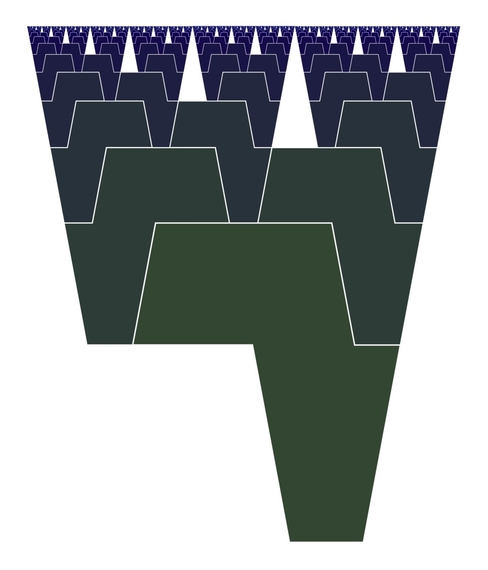 The fractal Africa is created by an Africa-like octagon and its lateral inversion. From my point of view, it is the most similar octagon to the map of Africa: 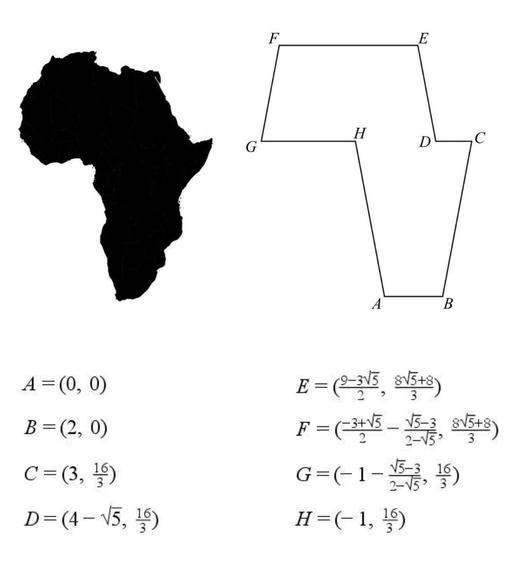 The structure of this fractal is very similar to the rabbits family tree which was introduced by the Italian mathematician Leonardo Fibonacci (1170-1250). In this fractal, the number of the octagons of each size is related to the Fibonacci numbers. The fractal determines an infinite number of isosceles triangles in the plane. The number of the isosceles triangles of each size is related to the Fibonacci numbers too. The height of the biggest octagon in this fractal is φ times longer than the height of the second (or third) octagon; where φ is the golden ratio (φ=1.618...). The fractal Africa is exactly similar to an infinite number of its parts. Therefore it is a self-similar pattern. 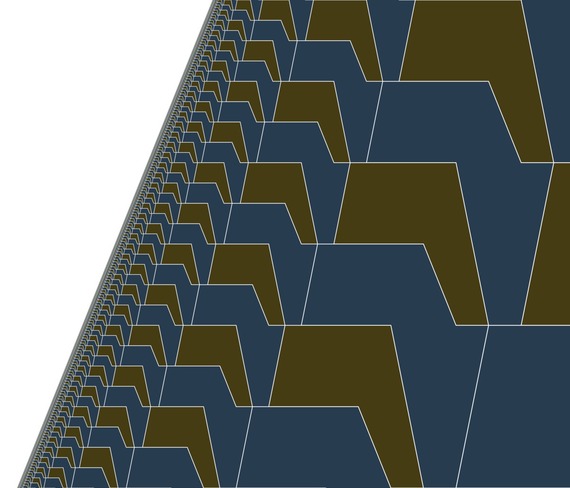 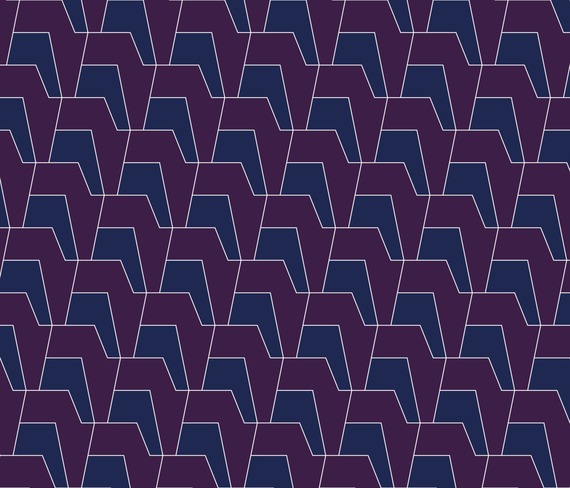 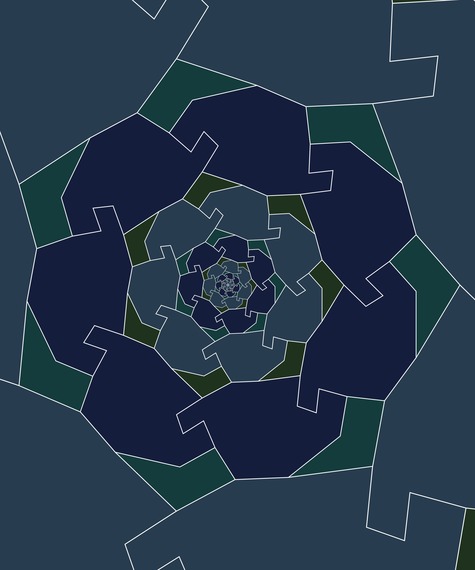 The second South America & Northern America tessellation is designed by using the logarithmic spiral. Also, the complex number (1/2)^(1/8)*e^(2πi/8) plays an important role in this tessellation: 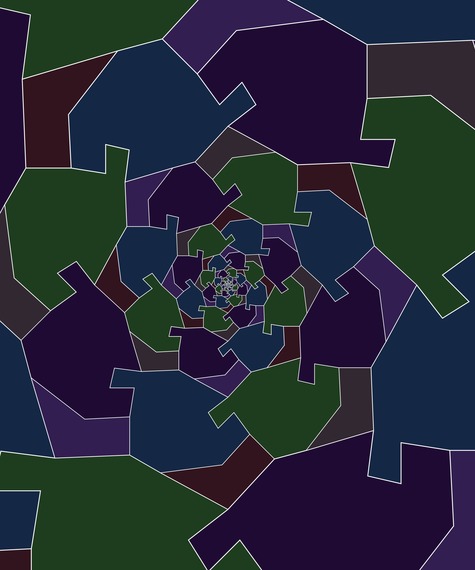 The second approach is to find some valuable mathematical figures by searching on many figures created by computer programs. For example I have found the following two figures by viewing tens of thousands of computer-generated images. The first image shows a bird-like figure and the second image shows a boat-like figure:

A Bird in Flight 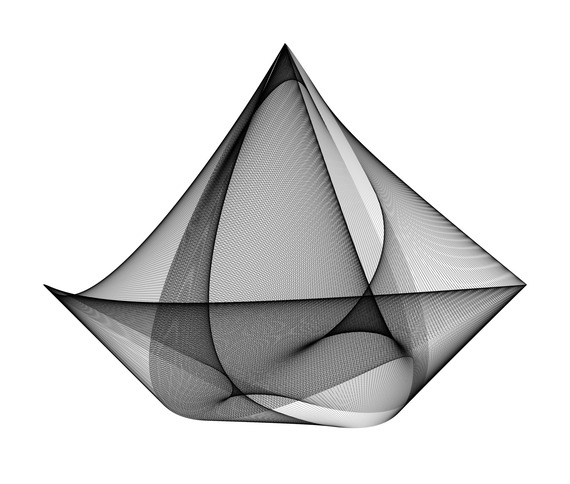