For girls living in impoverished countries, a first period is anything but a momentous rite of passage. Not when they're forced to dig through trash heaps, cut tattered mattress bits or tear clothes into rags to create makeshift sanitary protection.

Girls in Ghana, for example, miss up to five days each month when they have their periods, according to a study published last year by Oxford University.

A young girl named Fatuma, 16, lives in a Nairobi, Kenya slum called Mukuru. In Mukuru, there is commerce and industry, but no toilets, sanitation or garbage pickup. Residents pay a couple of shillings to use latrines and fill up plastic containers at a spigot. Bicyclists and vendors on the bumpy dirt roads dodge sewage and other debris.

Daily life in Mukuru is trying, and getting one's period is one problem compounded on many others.

Although a pack of 10 sanitary pads costs some 70 shillings, or about a dollar, it's an incomprehensible cost for someone whose family may have to choose between food and sanitary protection.

"We were just in a dead end," Fatuma, 16, told the Huffington Post in a Skype interview. "My parents couldn't afford pads because they're expensive. So I'd miss class -- I'd miss math and science, my favorite."

Fatuma says during that time of the month, she and her peers are called "p.g." or "period girl" by the boys. There's a stigma attached to menstruation that's been ingrained in both boys and girls from a young age.

UNICEF is working to address this negative perception attached to menstruation, according to Therese Dooley, senior UNICEF advisor for Sanitation and Hygiene.

A 2009 UNICEF study found that girls miss 20 percent of the school year in areas where menstruation is considered taboo.

"In areas such as Bangladesh, women will leave their compounds during menstruation," Dooley explained. "Out of shame, they'll put their used period cloths in a stale corner where there's mold and mildew."

Dooley said there's hope, and points to the fact that HIV/AIDS used to be much more taboo to talk about, but it now stands as a model for how open the conversation around menstruation could someday become.

"Menstruation is not something spoken about in front of men or certain categories of people," Dooley explained. "Maybe with a mother or Auntie. But if you look at how HIV/AIDS has increased discussion around sex and STDs, it's encouraging. But we still have a couple steps to go before menstruation gets there."

If the best case scenario for these young girls is using old clothing and mattress bits, then the worst case is a young girl actually having sex in exchange for money -- funds girls then designate solely for sanitary protection.

"That happens a lot," said Lorna Macleod, founder of Huru, an organization that provides free sanitary protection to impoverished girls through menstruation kits. "They call it 'sex for pads.' The girls need money and don't like to bother their mom or dad, who's out doing casual labor for a couple dollars a day."

With "sex for pads" so widespread, Macleod explains, much of what Huru does is offering HIV/AIDS and STD protection education. It's not just a matter of providing handouts, she says, but creating a sustainable and empowering system.

Fatuma and a host of other girls are recipients of the menstruation kits.

Huru, which means "freedom" in Swahili, launched its pilot program in 2008 and has provided some 20,000 free kits to girls around the world. The kits contain eight reusable sanitary pads, three pairs of underwear, soap and a reusable waterproof bag, along with education materials on HIV prevention.

The pads are made of 100 percent locally-sourced cotton. The organization also provides jobs to local residents, setting up manufacturing outposts to create the kits. The kits cost $25 to create and transport, and supply pads for more than a year and a half.

UNICEF is also working to ensure programs such as Huru's can work on a larger scale, according to Dooley.

She says UNICEF addresses large issues, such as communication within education systems predominated by male teachers.

Billian, 22, a student at Kenya Polytechnic University and a Huru kit recipient, said during a Skype interview with the Huffington Post that being able to manage her period has relieved a problem that added to many others. She had lost her mother to cancer and her father in an accident. Missing school was a big deal to her because she said she relied heavily on the support of her teachers.

"It's been my dream to at least be in a position to feel like I'm contributing to my community and giving out my testimony to others," she said.

WHAT YOU CAN DO: Huru has partnered with o.b. Brand. Until Monday, Dec. 5, if you share Huru's message on Facebook, o.b. will donate $1 toward menstruation kits. Or, donations are accepted online at Huru for a $25 kit that provides a girl protection for a year. 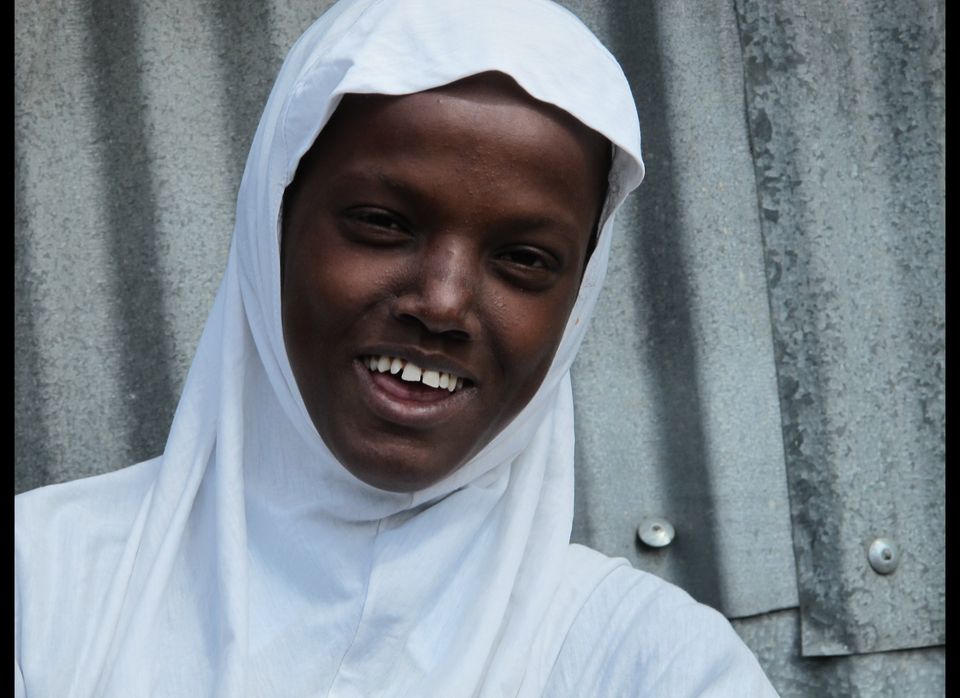