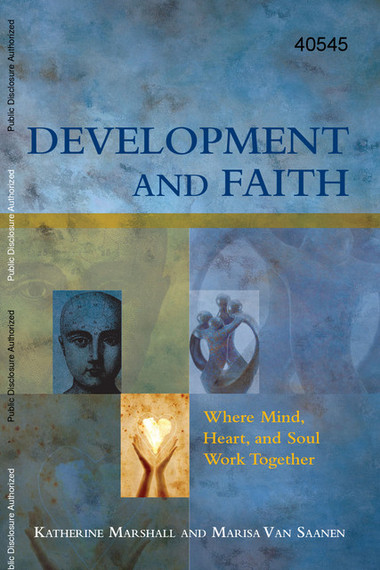 Religion is everywhere on the map these days, fiercely debated, cajoled, maligned, and blessed. But if you wanted to pick an institution that would forge new approaches in this sensitive field, the World Bank would scarcely come to mind. In friendly quarters it is seen as rather staid with a bent to statistics and economic jargon. Its critics portray it as inextricably allied with the one percent that represents world wealth and power. Spiritual scarcely comes to mind as an appropriate adjective and neither does openness to far-ranging partnerships.

But last Wednesday (February 18) the World Bank's president, Dr. Jim Yong Kim, spent the day with a pretty diverse group of religious actors. "I need you", he said, laying out his commitment to ending poverty by 2030 (thus setting a fixed date), and pursuing shared prosperity.

Dr. Kim navigates religious topics and communities comfortably. His great grandfather, he said, was one of the first Christians in Korea, and he comes from a history of five generations of Christians. He also brings a heritage of contest, as the family's embrace of Christianity was seen by some as a betrayal of their Confucian heritage. Working in Peru on Tuberculosis and in Haiti to build health care systems in abominable circumstances, he knew the Catholic presence as a major force for good and for mobilization. Liberation theology and above all the core concept of a preferential option for the poor are, he said, vital, live ideas that continues to inspire him.

Dr. Kim finds in the World Bank a similar passion for fighting poverty. And what that points to is a movement that can, quite literally, move and change prospects for the world. Two antecedents were mentioned again and again during the discussion were the Jubilee 2000 movement that transformed discussions about poor country debt, reframing it as a moral issue, and the global mobilization, religious and non-religious, that transformed debates and action around the HIV and AIDS pandemic.

Wednesday's discussion was a breath of life for me personally. Since then-World Bank president Jim Wolfensohn enlisted me in 1999 to work on building bridges between the vast worlds of development and religion, I have constantly faced two questions: from skeptical World Bank types (and plenty of others), why should we give any credence and priority to religious views? And, responding to faith-inspired actors, why had the World Bank engaged and then abruptly disengaged from its efforts to reach out to faith actors? Dr. Kim's initiative represents an important and unambiguous recognition that the development faith partnership is not just relevant but central, and it affirms the longstanding, core idea that these are the two communities that truly and deeply share a commitment to the world's poorest and most vulnerable.

But it's complicated and the complications spilled out, politely and often obliquely, but nonetheless unmistakably during Wednesday's discussion.

The World Bank has a deep devotion to getting at the data. With evidence it will change policies but without evidence it is unlikely to budge. The language it employs is not always prophetic: the poverty elasticity of growth? Economics is pretty firmly entrenched as a discipline and an approach and does not always jibe readily with theology or even a reality grounded experience on the ground. Technical questions are truly complicated: energy choices (coal versus hydropower? Subsidies or not?) do not lend themselves to simple solutions. And there are many players, with very different views.

What emerged was a suggestion that the two communities hold each other accountable. And Dr. Kim made the plea, to "work with us". Dr. Kim told the tale of Saul Alinsky and Franklin D. Roosevelt. Laying out the challenges ahead for social justice, FDR turned to Alinsky and said: "make me do it."

Two questions illustrate some of the undercurrents. Some of the faith leaders seem uneasy at even a mention of human rights, including the rights of women. LGBT rights got barely a passing mention. And some argued for more focus on groups, as opposed to individuals. Is that primarily about hearing and communicating voices of the most vulnerable through associations that give voice to the vulnerable? Or is something else at work.

The point is that these are not easy issues. What's involved is not just a "coalition of the caring". One person noted starkly that we confront an unbelievable tidal wave of violence and extremism that amounts to barbarism. Why, we need to ask, are societies so vulnerable? Religion is part of the solution but also part of the problem.

But there are two central visions that are grounded in an inspirational reality. We know now that, for the first time in history, an end to poverty IS an achievable dream. And ending poverty is thus a moral imperative.

Next steps? That remains to be seen. The coming months will see much discussion about confronting violent extremism and about sustainable development goals. The allies that came together at the World Bank are part of those discussions. Dr. Kim recommitted the World Bank to a continuing engagement with leaders from faith communities, in the form of a council of advisors and other mechanisms. Specific efforts to break down the real if often elusive barriers to partnership were promised.

What inspired me was a rather realistic balancing of hope and prophecy and a grounded appreciation that complex realities are involved, first at the political and intellectual levels, and second, where it matters most, with the myriad communities where poverty and sharing are not abstractions but a daily challenge.