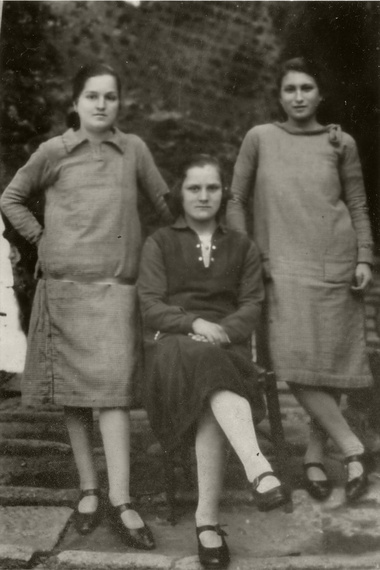 During yet another cold winter evening, nothing worth watching on the only black and white television channel available in those days, my maternal grandparents would fill the wooden oven with chestnuts and, while waiting for them to roast, they would pull out the photos.

This humble photographic archive of their sub-proletarian, pre-industrial life in the wild swamps of southern Tuscany, Maremma, was kept in a battered shoebox, tied up with rope.

We would spread the photos on the ancient marble kitchen table to then pick one at a time and comment on it.

There were photos of dusty roads with primitive vehicles, of family, friends, a lot of people who had died already but who were still vividly alive in my grandparents' memory through those yellowed images and the anecdotes associated with each one of them.

I remember that some of the pictures were printed on a really thin photographic paper, it felt as if they could easily crumble between your fingers and turn into dust, to be lost forever in the annals of time, just like the people they depicted.

Others, the more formal images, the individual or family group portraits, shot in early 1900s photographic studios, were mounted on cardboard and had somewhere, often in a corner, the name of the photographer or the date.

Others had been made into postcards, with fading stamps of a forgotten denomination still attached to them. On the back, they were scribbled in the doubtful calligraphy of someone struggling their way out of a historically widespread illiteracy: "Tutto bene" -- everything's alright; "Ci mancate molto"-- We miss you a lot; "Maria ha messo il primo dentino" -- Maria's first tooth just came out; "Tanti baci" -- Many kisses.

Although I was very young at the time, it was obvious to me that none of those images were casual snaps. They were precious mnemonic aids to hang on to, in the never-ending social and geographical displacement of the poorest social classes my grandparents belonged to.

Those images were a time capsule, they were the only positive, tactile evidence of the past, of a personal identity which was, and still is, extremely easy to misplace: due to many inevitable relocations, to poverty, to disenfranchisement, to years of brutal, underpaid work exploitation.

Those pictures were the first thing in my existence to suggest a strategy, a method to reduce, to fight back against the often frighteningly ephemeral quality of time, something that had always caused me great anxiety, since early infancy.

That yellowing shoebox was the first and perhaps strongest reason to inspire me, later in life, to become a photographer, to try and stop the passing of time with a camera, to attempt expressing my innermost feelings not though words but through images.

But then, the chestnuts were ready. The photos would gently go back in the shoebox and the chestnuts were pulled out of the oven and briefly wrapped in a rag. One by one, burning our fingers, we would start peeling and eating them, piping hot.

Outside was still raining. 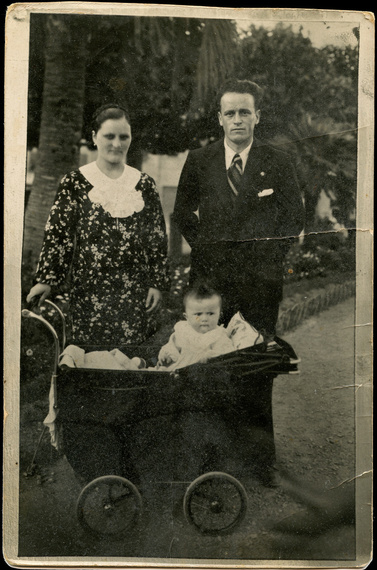