It was the classic David and Goliath battle: On one side, school children and "Raging Grannies." On the other, the $6 billion Pembina Pipeline Corporation, the largest pipeline company in the Canadian tar sands, and a plan to build the largest private investment project in Portland, OR, history-- a $500 million propane export terminal. 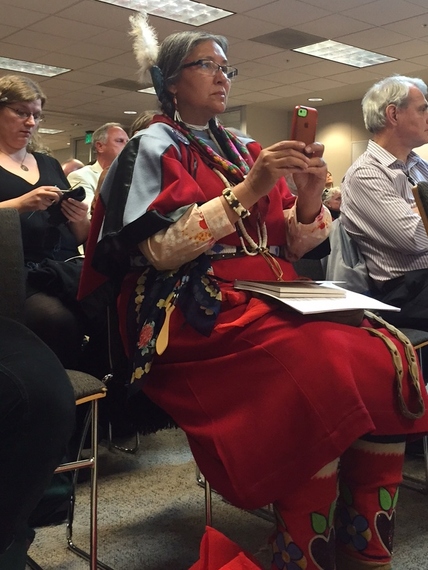 What started out as a battle heavily skewed in favor of "Goliath"--with Portland's Mayor Charlie Hales welcoming Pembina with open arms--10 months later, turned into a complete about-face, with the mayor shunning the corporation, and with Pembina all but high-tailing it back to Alberta. (At the time of this writing, Pembina was still holding out hope of building its propane terminal in Portland, but few others, except some members of the Port Commission, were.)

There were a number of factors that played into the hand of this surprising reversal of fortune. For starters, the battle took place in Portland--a town that doesn't take kindly to the fossil fuel industry, much less a corporation that made its billions on the tar sands. Cities don't get much greener than Portland, and fossil fuels don't get much dirtier than the tar sands.

Then there was the fact that, and unbeknownst to most everyone--including, apparently, Mayor Hales and Pembina--there was the need to amend an obscure environmental overlay code in order to allow Pembina's project to proceed. It was this amendment process, which required public participation in a discussion that otherwise might have taken place behind closed doors, that was the Achilles' heel in Pembina's plans. Loudly and clearly, overwhelmingly and repeatedly, late into the evening, and early in the morning, Portland residents showed up and made it clear they did not want any amendment that would allow Pembina to set up shop in Portland.

But the victory included far more important factors than these two. This was an amazing team effort. Nick Caleb with Our Children's Trust ensured the riveting testimony of students at Sunnyside Environmental School was a part of the hearings. Dr. Kelly O'Hanley, a retired physician who has taught medicine at Stanford and Harvard, and a Greenpeace volunteer, provided expert testimony on the health effects of the rail transport. Rising Tide members reached out to ensure First Nations and Native American voices were heard at public hearings. 350PDX was instrumental in ensuring broad attendance at all of the rallies and hearings. The Portland Unitarian Universalists provided meeting space and critical support throughout. The Center for Sustainable Economy together with their project, the Sustainable Energy & Economy Network helped with media, press outreach, and testimony. Together, our participation in public hearings, our outreach and our actions were as varied as our city's population.

Hearings included testimony from Longshoremen, people of faith, tropical disease specialists from Oregon Health and Sciences University, physicists and other scientists affiliated with the Northwest Citizen Science Initiative with expertise on thermal blasts and earthquake subduction zones -- all opposed to the terminal.

Outreach included retirees working their political connections, artists who created amazing posters and likenesses of the mayor distributed around town chiding him for his support of the fossil fuel industry, or people who spent hours bicycling the "tank of doom" -- a likeness of so-called "bomb trains" -- to street fairs and rallies together with informational flyers.

Actions included civil disobedience at City Council meetings with Climate Action Coalition members momentarily taking the stage with larger than life-sized heads of City Commissioners, reminding them of their past statements on climate change, all staged respectfully and videotaped before a shocked audience for widespread distribution to the media.

The Pacific Northwest lies in the crosshairs between massive deposits of oil, gas, coal and tar sands to its east and north and Asian markets to its west. As Sightline Institute has calculated, "coal, oil and gas shipments from the Pacific Northwest would carry as much carbon content annually as five Keystone XL pipelines." Given the climate imperative-that over 80 percent of all extractable coal, most oil and gas, over 90 percent of all Canadian tar sands, and all Arctic oil and gas cannot be exploited--if the global temperature rise is to be kept under the 2 Celsius upper limit agreed to by the world's nations-residents of the Pacific Northwest have begun to mobilize in bold and successful resistance to these fossil fuel exports.

A key component in this resistance is upholding the treaties of First Nations and Native Americans throughout North America. As Naomi Klein writes in her book regarding climate change activism, "This Changes Everything," "To change everything, we need everyone." With this kind of generosity of spirit, this widespread collaboration, there's no stopping us. Goliath or no, we will win. We must win.