A Woody Guthrie song says, "sometimes they rob you with a six-gun, sometimes with a fountain pen."

That's a good description of the legislative coup that is going on right now against the elected government of President Dilma Rousseff in Brazil, where I visited last month to participate in a trade union seminar on racial equality.

A majority of Brazil's 200 million people are of African descent. For decades, Afro-Brazilians have faced discrimination in one of the world's most unequal economies. But under the government of President Dilma and former President Lula da Silva, things began to change. Massive social investment, legal reforms and strong labor unions helped bring 40 million Brazilians out of poverty. Government ministries were established to protect the rights of women and Afro-Brazilians. 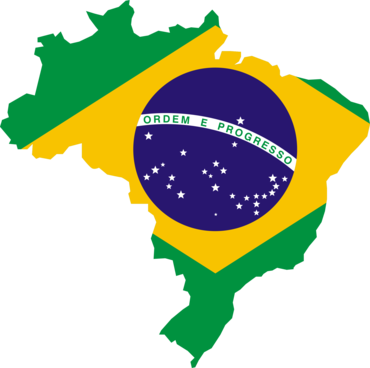 Brazil's elites, who control the Congress, did everything they could to undermine popular power. Last month they began impeachment proceedings against Dilma, removing her from office for 180 days even though she is not charged with any crime.

The new Cabinet installed by the right is overwhelmingly rich, white and male. Already, it has eliminated the Ministry of Women, Racial Equality and Human Rights. Its economic program includes "flexibilizing" labor law by allowing employers to contract out any job, cut benefits and raise the retirement age for workers, sell off oil and other national industries to multinational companies, and strip Afro-Brazilian communities (quilombos) of traditional land rights. These policies threaten to worsen inequality and political exclusion, police violence and mass incarceration directed against Afro-Brazilians.

Yet the United States appears to be supporting the coup. "What happened in Brazil complied perfectly with legal constitutional procedure and totally respected democratic norms," said the U.S. representative to the Organization of American States on May 18.

The reactionary program of the coup supporters, and the language of division and hatred that has been directed against President Dilma and former President Lula, remind me of the invective hurled against President Obama by the organized right in the United States. The enemies of progress and opportunity, especially for people of African descent, are using the same playbook in both countries.

African-Americans must not be silent in the face of injustice. We will continue to fight along with our Brazilian sisters and brothers against racism and violence, to defend democracy, and for a life of dignity and equality.