In Djabal refugee camp, just outside the town of Goz Beida in eastern Chad, Jesuit Refugee Service is expanding a partnership with Jesuit Commons Higher Education at the Margins and has started a new program in the camp that will eventually offer an online, university-level diploma program.

A landlocked country of more than 13 million people located in West Central Africa, Chad was home to more than 500,000 refugees, asylum seekers and other people of concern at the end of 2014, according to data from the UN refugee agency (UNCHR).

Jesuit Refugee Service has served refugees in the harsh semiarid environment of eastern Chad since 2006, and offers pre-school and primary education in eight refugee camps, and secondary education in five camps. A tertiary education program is now underway at Djabal camp.

Djabal camp is home to more than 20,000 refugees from the Darfur region of neighboring Sudan. Fewer than 10% of teachers in the camp have a university diploma, pointing to the significant need for higher education. In addition to providing hope, the Jesuit Commons Higher Education at the Margins (JCHEM) program will enable graduates to become more independent and self-reliant.

The first classes are designed to prepare the students to fully participate in the online courses. In January of 2015, after entrance exams and interviews, 42 refugee students started taking English as a Foreign Language.

"I thought that English was difficult, but now I know that nothing is difficult, it just needs effort, to be serious and to have thoughtful consideration," said Adam, one of the refugee students. "When I finish this course and receive my diploma, it will give me an opportunity to look for a job or go on to study higher education, or go to teach my people what I have studied."

"They're very motivated in general," said Finneran of her students. "Most of them are educators; they're very conscious of the importance of education -- both for themselves and for the community at large. They're conscious of what this learning can bring to their community."

JRS believes education is the key to a better the future for refugees whatever form that future might take. Importantly, education provides a sense of stability, dignity and hope for the future both for refugee children and for their families. It has important ramifications for mental health and for social cohesion of the refugee community.

As a refugee, "you're looking at a future where employment is uncertain and I suppose education is probably the one hope, so that if you educate yourself to a sufficient level you can get a job of a decent standard," said Finneran. "Probably the most important aspect is the hope it gives to refugees."

JRS advocates globally for the fundamental right to emergency and long-term educational opportunities for refugees, and urges better access to schooling at the primary, secondary and tertiary levels for refugee children and youth. In anticipation of the new UN Sustainable Development Goals to be finalized later this year, JRS urges the global community to prioritize access to a quality education for refugees and other forcibly displaced persons. 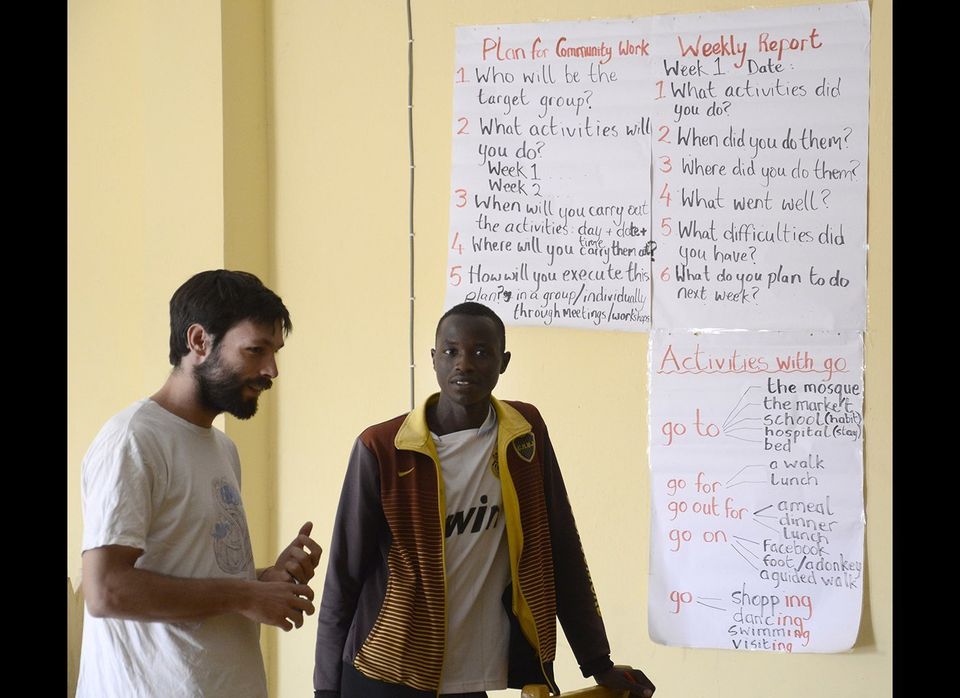