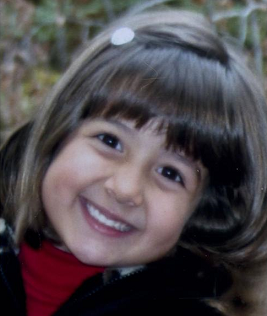 Of all the tragedies that befell Tucson last Saturday, the one that seemed to tear most deeply at the heart of our nation was the murder of Christina-Taylor Green. Just 9 years old, Christina was on the student council of her elementary school and had hoped to meet her congresswoman, Rep. Gabrielle Giffords, at the outdoor gathering before a madman ended it all by putting a bullet in her chest. She was buried today.

Others died in the massacre, too, of course; but in countless articles, blogs and tributes, Americans keep returning to the awfulness of Christina's fate -- and not just because she had been born on Sept. 11, 2001, or was once designated a national "Face of Hope." More wrenchingly, Christina's murder underscored our failure as a nation to deliver that which has been our country's greatest legacy since its founding: the promise to bestow a better world on our children than the one that had been left for us.

If there was one splinter of hope that arose from this child's appalling death, it was the unified sense of mourning that followed it -- a bipartisan condemnation of the act itself, and a declaration by those of all political stripes that America is, and should be, a place that shields its children from peril.

Which is why, I suppose, I dread the upcoming political season -- because despite our leaders' timeworn call to write legislation and enact policy not just for ourselves but also "for our children," much of the upcoming congressional agenda falls short of that promise:

• In their call to dismantle President Obama's health care law, Republican Party members threaten to jeopardize the well-being of hundreds of thousands of children whom the plan was designed to protect, including as many as 72,000 who are uninsured; 90,000 who would no longer have benefits denied to them because of preexisting conditions; and nearly 2 million uninsured young adults, up to age 26, whom the new law would permit to be covered under their parents' insurance plans. And yet, even with these landmark protections, newly elected Speaker of the House John Boehner calls the plan "a monstrosity." Somehow, the health concerns of children got lost in the process.

• Despite both parties' attempts to repair the country's education system -- from the Obama administration's innovative "Race to the Top" initiative to George W. Bush's "No Child Left Behind" program -- many of the Tea Party faithful resist any kind of government participation in the education of our youth. During the 2010 campaign, no fewer than 10 Tea Party candidates proposed abolishing the Department of Education altogether, while one of those candidates, Rand Paul -- now the freshman senator from Kentucky -- not only rolls his eyes at the department but also has cozied up to the Christian Home Educators of Kentucky. Its mission: "Protect children from mental, physical, emotional, and sexual abuse by secular humanists in a socialist society or governmental system." Where does one even begin with that?

• When the contentious immigration debate inevitably re-erupts in Congress, children are among those who have the most to lose. Having already derailed the proposed "Dream Act" in December -- which would have provided a path to citizenship to children illegally brought into this country by requiring them to attend college or serve in the military -- Republican leaders have only just begun their assault. Both Senate Minority Leader Mitch McConnell and Minority Whip Jon Kyl have called for hearings to consider revising the 14th Amendment, which guarantees citizenship to all people born on American soil. The not-so-secret secret mission of this effort is rid the nation of illegal immigrant families. So much for the America Dream.

A friend of mine often tells me I shouldn't take these kinds of headlines so personally -- it's all just politics, he says. And yet my mind keeps returning to Christina, and all the children like her in America. My own 11-year-old daughter was recently appointed to the student council of her middle school. In her application essay, she wrote, "I feel like I should be in student council because I am a responsible person, and I think it would be great to take part in such an amazing community."

I never had the pleasure of meeting Christina-Taylor Green, but I am almost certain she had similar things to say about the promise and security she felt among her own fellow students. So the notion that such a bright light -- such a shining example of what future generations of our nation might look like -- should be snuffed indiscriminately is as unfathomable to me as the thought of losing my own little girl.

If there's one thing we need to ask of our leaders now, it is that they not lose that sickening sense of shock they first felt when the news came out of Tucson that a child had been among those lost in the mayhem; nor that they abandon the ensuing sense of moral obligation that we can and must do better by our children.

"I want to live up to her expectations," President Obama said of Christina at a memorial service in Tucson Wednesday night. "I want our democracy to be as good as Christina imagined it."

Let us hope that the cruel and untimely death of a small girl in Arizona might serve as a constant reminder of all the children we can save in her memory. That would be the most fitting tribute of all.

This essay originally appeared on USAToday.com on January 13, 2011.

More:
september 11race to the topEducationPoliticsrep-gabrielle-giffords