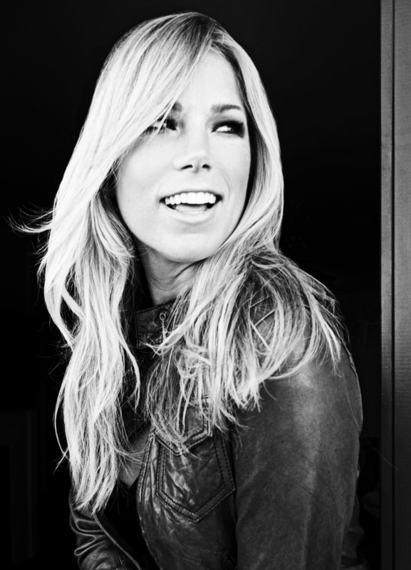 Té Para Tres con Pili Montilla is a three-time Emmy-nominated music show co-produced by Vida Lexus that takes you into the lives of the most talented, hard-working, up-and-coming, alternative Latino musicians today. The show is directed by two-time Emmy-winning director Juan Agustín Márquez, who has also partnered up with Pili Montilla to create a new production company, Té Para Tres Studios.

I had the pleasure to have a conversation with Pili Montilla about her career, new music show and journey.

When did your journey begin as an entertainer?

At a young age, I knew that entertaining and evoking emotions in an audience was my calling. My parents took me to see the musical "A Chorus Line" on Broadway when I was 8 years old. As the cast performed "One" (finale) I started crying. I looked at my dad and whispered: "That's what I want to do when I grow up." After many ballet and acting classes during high school, I pursued a degree in theater at Boston College. After exploring numerous opportunities as an actor, I started experimenting with hosting.

In 2005, I became a VJ for MTV in my native Puerto Rico and completely fell in love with the act of interviewing people and listening to their stories. Afterwards, I moved to Los Angeles to work the then bilingual, national network LATV, which mainly focused on music. During this time, I fell in love with the music scene. In addition, coming from a Caribbean island, I have always been surrounded by music and exposed to all kinds of sounds and rhythms like reggae, salsa, alternative rock and pop. A decade later, I combine my love for music with my passion for entertaining and telling stories.

Who inspires you to continue?

My dad has always been a great inspiration to me. He actually celebrates when I don't book a job. He says: "Pili, every 'no' is getting you closer to a 'yes'." It's a mindset that has really helped me push through those rough times. Plus, my dad is an honest, hard-working man. I admire his tenacity and how he has always been true to himself.

What are the challenges that you face as a woman journalist in this business?

In the Latin TV world, woman are expected to wear tight, revealing, sexy clothes. Don't get me wrong, I love being sexy and dressing well, but the quality of a TV host is not determined by her curves. Staying true to myself and not following what's expected can sometimes be challenging. 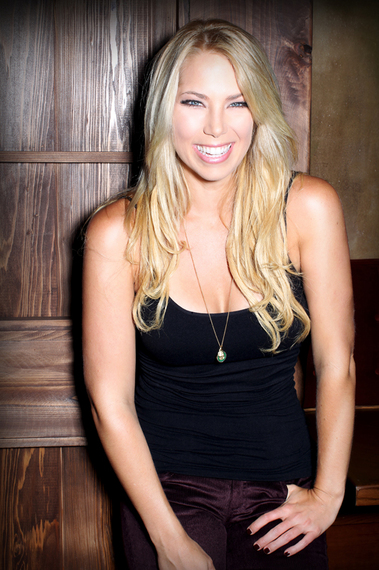 As a host, what drew you to focus on music and entertainment?

It's fun! I am a faithful music lover who is constantly playing music and listening to new artists. I feel very passionate about music -- to the point of obsession! The truth is, I am not into politics or hard news. I remember my mom once told me I should try to cover hard news; she thought I would be good at it. So sweet -- but I'm not sure I would be as happy!

You have interviewed Hollywood stars like Sandra Bullock, Woody Harrelson and Denzel Washington and music sensations like Gwen Stefani and Ricky Martin, to name a few. Now, it seems like you are focusing on the independent music movement. Why?


I have a great admiration and love for independent, alternative artists. I feed off of their creativity and admire their willingness to explore alternative sounds. Some of these A listers are extremely talented and creative as well. I mean, Gwen is one of my all time favorite front women. Love, love, love her! That said, it seems to me that struggling artists get to dig deeper into their creativity. Having money and a big record label backing you up may sometimes give you financial freedom, but it also comes with restrictions and expectations that can limit the scope and creativity of their work.

How did Te Para Trés come about?

Té Para Tres con Pili Montilla was created about three years ago because of my passion for music and the respect I have for musicians. I was spending Christmas time in Puerto Rico with my family. I had been laid off about a year before and was tired of jumping from one unsatisfying short-term job to another. I knew that there was an unexplored territory on TV for the alternative music scene. So, I decided to create and produce a show that gives a voice to the alternative artist. The show was born to give these musicians a chance to tell their story and share their music. Today, we have a show, a brand that is expanding and our very own production company.

What is your mission with this project?

My mission is for these alternative artists to get the recognition they deserve. To give them a space and a voice. I also aim to inspire others through sharing these stories.

Where can we see Té Para Tres con Pili Montilla?

Yes! We will be taking Vida Lexus presents Té Para Tres on tour! Starting in January, we will be visiting four cities across the nation while presenting an exclusive concert with a band featured on the show. I'll be hosting it and interviewing the band as well. I'm super excited to take the show LIVE directly to the fans.

The "In Conversation Series" is a column of interviews in Visura Magazine published by Adriana Teresa Letorney and produced by FotoVisura Inc.