San Francisco Opera presents designer Jun Kaneko's extraordinary production of Mozart's The Magic Flute now through November 20. Tenor Paul Appleby marks his company debut as Tamino - the young prince who must survive certain tests in the Temple of Ordeal to gain enlightenment. The production premiered at SFOpera in June 2012. Its use of digital projection surpassed all expectation. Co-producer Washington National Opera presented the work in May 2014, double-casting Paul and Joseph Kaiser in the role of Tamino. On his off-night, Paul observed the full thrust of Kaneko's mythical creations. Onstage, the singers must stay on high alert while maneuvering around a collection of not-so-fascinating screen panels. Out in the house, it is a totally other dimension - a pulsating, dazzling midway between the Temple of Isis and Osiris and the vault of Heaven. "It's all two-dimensional," said Paul. "It is much more generous to the audience than it is to the performers." 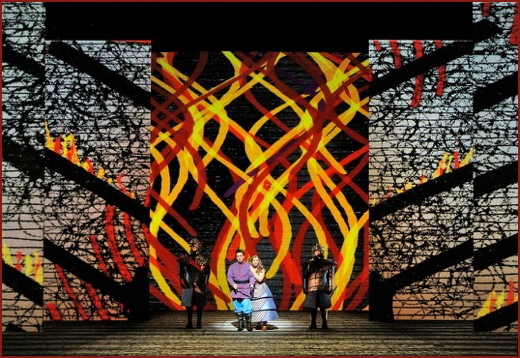 "It's tricky because the projections are lit from both front and back. A standard lighting scheme won't work because they can't shine much light directly onto the panels. Instead, there's a lot of sidelight. There are a lot of spotlights coming from overhead, but every time you turn you get blinded. It's actually very challenging. The visual experience we have is not at all like what the audience experiences."

Paul's Mozart repertoire also includes the Requiem Mass in D minor (Pittsburgh Symphony Orchestra) and the roles of Ferrando in Cosi fan tutte (Boston Lyric Opera, Canadian Opera Company, Oper Frankfurt); Gomatz in Zaïde (New World Symphony) and Don Ottavio in Don Giovanni (Milwaukee Symphony Orchestra, San Diego Opera). On December 4 and 6, he returns to the Pittsburgh Symphony Orchestra for the Coronation Mass. On January 16, Paul joins the Ann Arbor Symphony Orchestra to sing Belmonte in Die Entführung aus dem Serail and in April and May 2016 he will sing the role at the Met. Then it's straight onto Disney Hall and the LA Philharmonic for another Requiem. Paul has been dealt a strong suit in the Mozart game. He laughed when I suggested that Tamino is one of those tenor roles that sits in the column marked - Thankless. Though exquisitely demanding, Tamino's material does not inspire a leap to thunderous applause. Maybe at the curtain call.

"Yes, I could go on all day about that. It's funny, because I've been thinking about this a lot lately. I get obsessed with other singers, typically with tenors - learning everything about them, their YouTubes and portfolios, the interviews and reviews of stuff they've done. All these tenors - many of whom sing the same rep I do and no matter how successful they were as Tamino - have been described as wooden, hard to access, not fully-fleshed, whatever. And really great performers! Like Jerry Hadley, for example, who is the most wonderful over-acting Tamino I've ever seen. Selling every single gesture to the rafters! Even he was called 'wooden'. It's infuriating." 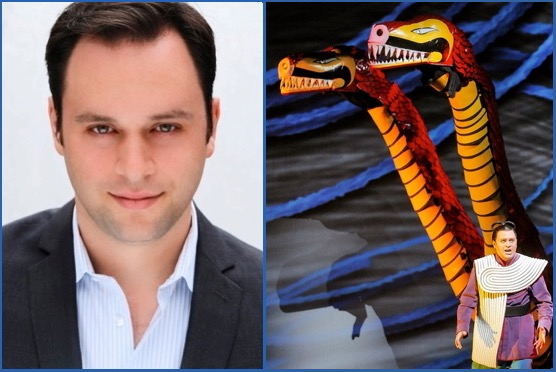 "I'm always conscious of the way Mozart treats the tenor voice. It's somewhat antithetical to the later Italian opera. The way Mozart harmonizes things, the way his chords are colored and orchestrated - it all contains the details to Tamino's internal emotional life. Everything comes out! The great composers knew that words and music are one entity - one just as important as the other. Nobody writes a note without a word or story or character to inform that music. But it is rather frustrating that Papageno - a famously easy role to sing - gets all the love from the audience. I do try to remember that I am a servant to the work, to my colleagues, and to Mozart. So, it's not about me getting the biggest applause or anything like that. And I'm OK with that. The challenge and thrill of it is that I'm back to my cadre of tenors and all the history. I'm not competing, but always striving for those higher goals. Every chance I get to perform Tamino is an opportunity for me to inch my abilities and take a few risks in the direction of a higher level of singing and stylistic accomplishment."

Much of that awareness has developed through Paul's passion for art song. His appeal as a solo recitalist, his penchant for chamber and symphonic repertoire, and his ardent support of American composers has attracted broad attention and secured a diverse fan base. Though Mozart is, as Paul describes him, "a job creator" - the songs of Franz Schubert are at the core of his musical life. Paul's recital choices cover Beethoven, Schumann, Tchaikovsky - then leaps ahead a couple of centuries to Gabriel Fauré, Benjamin Britten and his mentor Frank Bridge, Carlos López Buchardo, Alberto Ginastera, Albert Roussel, Leonard Bernstein, Paul Bowles, John Musto, and the premiere of a new work by Matt Aucoin in 2016. And since gender and voice-type don't much matter in the world of art songs, Paul has also borrowed selections from John Harbison's cycle, Simple Daylight, written for soprano Dawn Upshaw.

"We are all doing Theatre - no matter whether we're singing opera or songs. I feel that my real home base is the recital stage. That is my deepest passion of all these art forms. The textual depth you need to have, the detail at every corner - is what brings the music to life. You have to find a way to sing healthfully and with artistic integrity in all these various circumstances. In a song recital, you have the ability to employ every single color at your disposal. It's a good place to try out some of those colors." 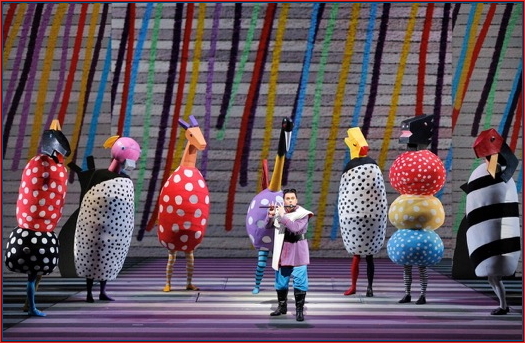 "I don't like to constantly talk about how great Mozart is. Part of that is around the whole idea of the ten thousand hours. If you've spent enough time doing any particular activity, you will become an expert at it. We tend to mythologize this idea of talent in our culture. We know that from the age of three Mozart worked, like, twelve hours a day on his counterpoint, technique, and all his stuff. If it's true about the number of hours, then what makes someone really talented is that there is something inside which makes you want to spend that much time to achieve that kind of excellence. I think my talent is not so much the ability I have to do it, but rather the desire to spend my time obsessing about it. Really! I wake up everyday and start thinking about how many hours I have to practice so I won't be tired for the show - whenever it happens. I have to work on that - to be sure my voice and my Self are in a healthy relationship."

Coming up on the Appleby Recital Calendar for 2016 are appearances with pianist Ken Noda at the Collaborate Arts Institute of Chicago and in Zankel Hall at Carnegie.