The site for the newest museum on the National Mall in Washington, D.C. is informed by its own context and history. 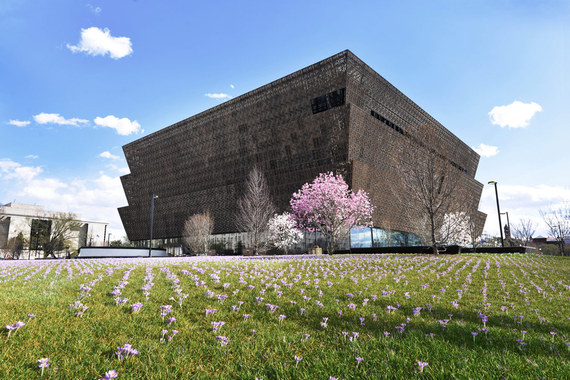 Adjacent Constitution Avenue was once a manmade canal called Tiber Creek, fed by a spring just north of the Capitol. Slaves transported building materials along its length, to and from the Anacostia River, and lived nearby.

Its history lends more than a little weight to the placement of the National Museum of African American History and Culture, designed by David Adjaye, Phil Freelon, Davis Brody Bond and SmithGroup. In work sessions with Guthrie Gustafson Nichol (GGN), the architects, landscape architects and engineers carefully worked through its siting. 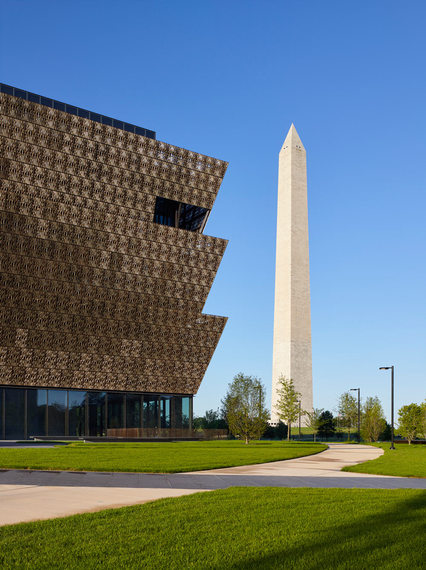 "There were long negotiations as to where it sits, its size and how it sits, and not interfering with the Washington Monument grounds," says Kathryn Gustafson, founding partner at GGN. "And then there was the alignment with the American History Museum which has a certain height and width - so the alignment with the two museums is very important." 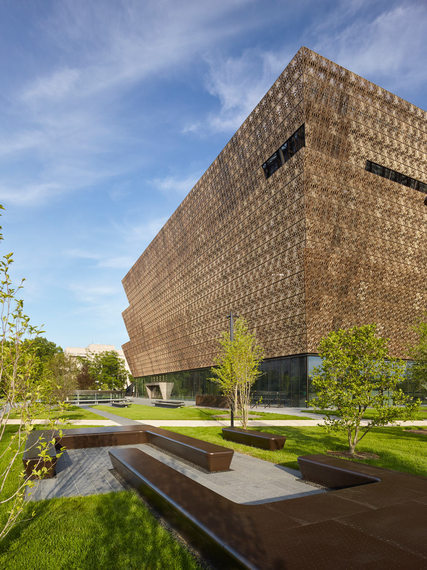 As visitors move into the museum site, they cross a threshold - to feel as though they're crossing those former waters at Constitution Avenue. For that effect, GGN created a black granite wall that's 30 inches high and six to 10 feet wide, polished on top like a mirror. It's 240 feet in length with two breaks for passage.

"You walk through it - it symbolizes strength and resiliency - and then you walk up to the museum," she says. "The museum is placed at mid-ground to be above flooding. It's an historic placement at the site - at a juncture between the grounds and the Washington Monument's series of terraces - this is another in a series of terraces." she says. 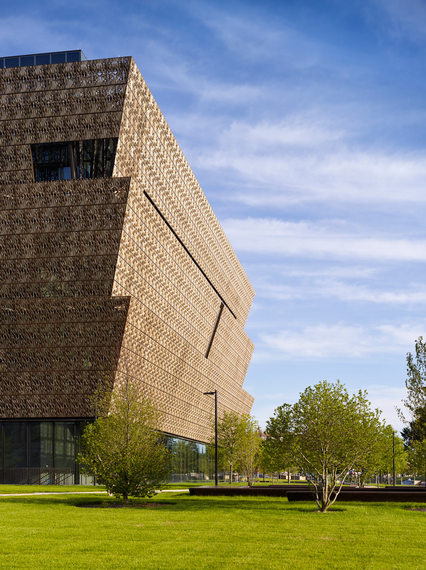 There are four entries into the site and moments of transition at the thresholds. Once a visitor transitions through, GGN created smaller cognitive moments within the landscape. There's a water feature on the south side of the main entry, a reading grove on the northwest corner, an oculus plaza on the north face, and a courtyard garden on the southeast corner. 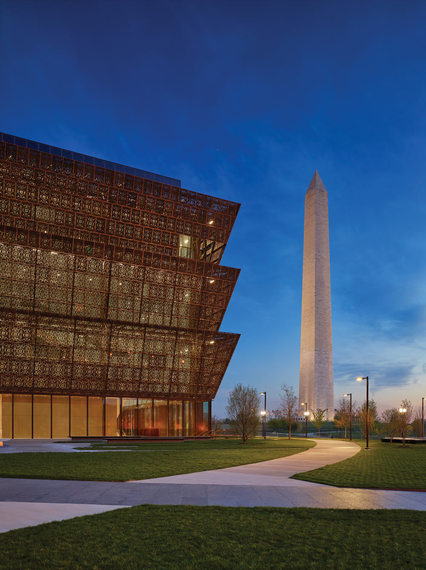 "It s about an experience - you arrive and feel immediately part of the landscape - even the water is living water," says Rodrigo Abela, principal at GGN. "You see the Washington Monument and reflect on your place in this country."

Which is what the Mall in Washington, D.C. is all about.