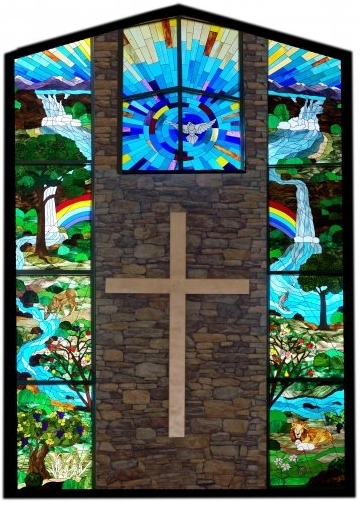 People from small towns are the new scapegoat for all that is wrong with the country. A recent online article titled The Dark Rigidity of Fundamentalist Rural America declared all rural, Christian, white Americans are ignorant, racist, uneducated, gullible and totally responsible for their wretched lives. With all due respect, I offer this rebuttal: The writer's arrogant condescension is hogwash.

The article is a biased criticism written by an unidentified blogger who hides his/her identity. The author mocks the Holy Bible, calling it "a 2,700-year-old book that was written by uneducated, pre-scientific people, subject to translation innumerable times, edited with political and economic pressures from popes and kings." Would the blogger dare write the same about the Quran, the central religious text of Islam, which Muslims believe to be the verbatim word of God? I think not.

The author lumps an entire demographic into trite, tribal characters. "To them education is not to be trusted. Education is the enemy of fundamentalism because fundamentalism, by its very nature, is not built on facts." Why is it so easy to vilify white folks in small towns? If the writer's same words were used to describe immigrants, screams of discrimination would clamor across the damaged land. But it's okay to denigrate Christians from small towns because obviously, they're too stupid to know any better and they're not known for beheading those who disagree with them. 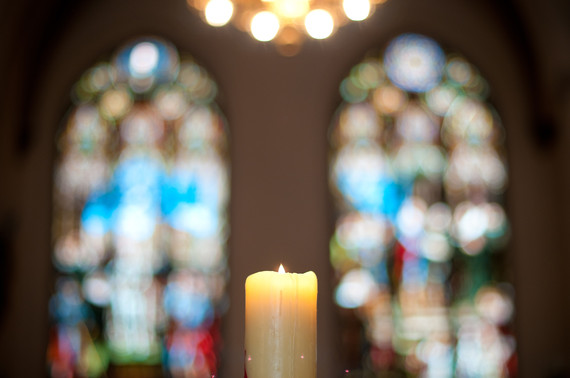 The writer exhibits his/her own rigid fundamentalism when he/she proclaims his/her views are the only truth. The blogger doesn't add any names to provide factual context to the people the writer maligns. As a public service and unafraid to disclosure my identity, I'll contribute some names of real white, Christian, rural Americans who are not responsible for the downfall of society:

I grew up in the agriculture village of Wendell, Idaho, when the population was 1,000. My father Neal Ambrose was born in Wendell and lived there his entire life. He never attended college. When he died, he owned 30,000 acres of land, 1,000 head of cattle, a trucking company with 80 18-wheel trucks, an airplane, and several businesses. Yes, he voted Republican, but his payroll and charitable contributions sustained the town.

A man in Wendell named Preston Hughes had no formal training, but he could repair a broken motor in the dark with duct tape and string. When the irrigation pumps failed on several massive operations, he worked night and day to rebuild the pumps and save the crops. His extra pay: a few beers at the Silver Spur Saloon.

Another man named Keith Wert knew the science of farming. He mentally calculated when and where to plant the crops, what fields to keep idle for a season, and how to market the harvest for the best return on investment. He didn't learn these skills from any books. He also cared for his invalid wife and for his grandson with special needs but never wanted or expected charity.

My teachers were unassuming, hard-working people who taught ragtag farm kids in the Wendell school system. Mrs. Kaufmann told me in junior high that I had a talent with words, and she taught me how to craft creative sentences. Miss Luke, the Senior English teacher who dared to wear loafers without socks, taught me how to improve the rhythm in my poetry and to use imagery in my prose. That knowledge ignited my adult writing career as I worked in corporate communications and later obtained an agent and publisher for one of many books.

The town only had two medical doctors. Dr. Scheel didn't work on Sundays because he was teaching my Sunday School class. Dr. Holsinger's wife Mary always volunteered to organize the children's choir for Christmas and coached me to sing the "Gloria" chorus in "Angels We Have Heard on High." In college, I used her techniques when I was accepted for the University of Idaho concert choir that toured Europe. These people lived their spirituality, and yes, they were rigid in their beliefs.

The writer also declares with great authority, "Another problem with rural Christian white Americans is they are racists." That statement carries more bullshit than Farmer Aardema's feedlot. A large population of Mexican families worked in the fields with us, attended the same churches and schools, and added their culture to the community activities. The area included Dutch, Basque, and Portuguese families, Native American and a few Asian residents, and assorted people who didn't know or care about their race. Just because there weren't any African Americans living in Wendell doesn't mean we were racist against them. The only time we raised pitchforks was during the hay season, and the only time we marched in the streets was during the homecoming parade.

People in Wendell were self-sufficient but ready to help a friend in need. If someone's barn burned down, the neighbors came together and built a new one. When a family member was sick, others in the community brought food, tended the kids, and helped with the chores. The biggest arguments in the church ladies' auxiliary was who could make and donate the most food for the bereaved family after the next funeral. These God-loving people didn't need any government mandate to be good
.
The unidentified blogger's bitter vitriol ended with a checklist of "truths" the vile and ignorant rural Americans must accept if they were to evolve to meet the writer's approval. Ironically, the demands and accusations could include a variety of groups: Jews, African Americans, Immigrants, even City Slickers. The writer should spend a year living with families in small towns throughout the USA to gain a sense of authentic life beyond the hidden keyboard. I suggest the blogger begin in Wendell, Idaho.