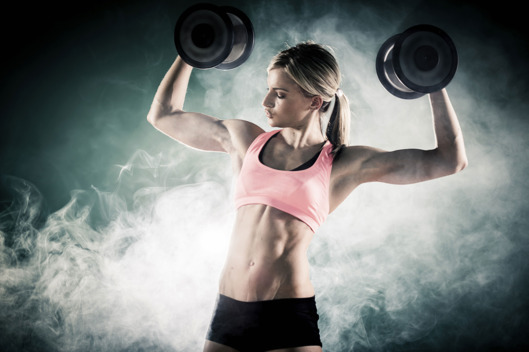 This October, a study suggested that "runner's high" was real. We're not talking about an endorphin rush or a school-counselor-approved "high on life" situation, but an actual high, akin to smoking weed. Running, scientists have found, activates our cannabinoid receptors, which regulate pain, mood, appetite, and memory. These are the same receptors that THC binds to when you ingest marijuana. Put another way, running offers the same sort of euphoria, reduced anxiety, and pain relief associated with smoking a nice doobie.

The paper, published in PNAS, only studied mice, but humans were very excited about it. Still, while running might very well get you stoned, one high does not exclude the other. In fact, I've found that while a workout high can be pretty good, working out while high is even better.

It's hard to think of a sport that wouldn't be improved by just a tiny bit of THC. But let's just look at the diverse roster for team Baked Workout. The Wall Street Journal profiled several ultramarathoners who tout the benefits of smoking weed while running. These are people who run 60 to 200 miles! Sometimes they work out for 24 hours straight -- I trust their opinion on this.

Another person I trust: Colorado-based elite triathlete and gym owner Clifford Drusinsky. He consumes THC-laced energy bars before his own workouts and believes so fervently in the performance-enhancing properties of weed that he's made cannabis-infused workouts a cornerstone of his career helping other people exercise. So does Dee Dussault, the founder of Ganja Yoga. You can do the smoke-up into the downward dog at her San Francisco studio.

Related: Can You Nail a Swimsuit Model's Hardest Workout?

In a 2003 interview with Thrasher, skating great Bob Burnquist said that he learned lots of his groundbreaking tricks stoned. Yes, duh, skateboarders and bongs go hand in hand, but let's do away with the misconception that they're the only types of athletes who can benefit from marijuana usage. While we're at it, let's also leave behind the idea of the stoner-sloth who spends all day eating Taco Bell on the couch. Even if getting high means you don't move beyond the orbit of your sofa, a 2015 study found that people who consume marijuana regularly have lower levels of fasting insulin and insulin resistance and a lower-than-average waist circumference, so you're good.

For this story, I informally polled runners, yogis, skateboarders, heavy lifters, sailors, and tennis players, and they've all reported the same benefits. Smoking weed or eating edibles before a workout grants them increased focus during repetitive tasks, pain relief, euphoria, and a meditative mind-set that makes exercise not just more endurable but better.

Personally, I like to get sociably stoned -- not zombie stoned -- before I work out. And here's why: I don't like working out. It takes me at least 30 minutes to get over feeling bored and tired, and once I settle into a groove, it only lasts about 15 minutes before I start focusing on a pain in my knee, or my shin splints, or some workout-related anxiety. (Am I panting? Am I sweating more than the person next to me?) But if I eat half of an edible, I'm basically pre-grooved before I ever get on the machine. It's sort of like stretching: It leaves me ready to hit the ground running.

Riding to the beat in a spin class becomes revelatory. I can sustain long, steady runs on the usually boring treadmill while my stoned thoughts wander off on whatever trajectory they want (some great ideas have been unlocked this way). When I'm doing repetitive tasks, like hitting the boxing bag, I slip into a meditative trance where I focus on nothing but the thud of my gloves hitting the bag. And at the end of the session, I see the difference in calories burned on my FitBit.

Next time you head to SoulCycle, why not consider making it BowlCycle and packing one before you go? (Though edibles or oils are better for cardio-toking -- smoking just isn't good for lung capacity in general.) If not for all the reasons listed above, maybe for this added bonus: A 2013 study found that when people who smoke regularly work out, exercise might activate a "second hit" effect, increasing THC levels in the bloodstream for a short period of time. In other words, it makes your high a little bit higher. How's that for #fitspo?

In Defense Of Working Out While High
Marijuana Food Products 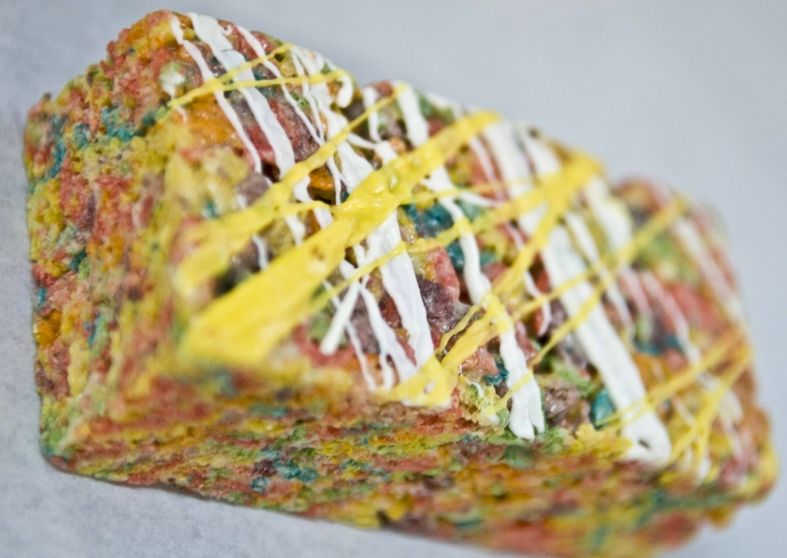