I'm a big fan of architecture and all things beautiful. I'm also a big fan of the religions of the world. So naturally, during a recent trip to Europe, I wanted to get up close and personal with as many Old World cathedrals and churches as my three-week itinerary would allow.

Specifically I was looking for Jesus. I wanted to snag some nice photos of the biblical Jesus in action: Jesus turning water into wine at the wedding in Cana. Jesus 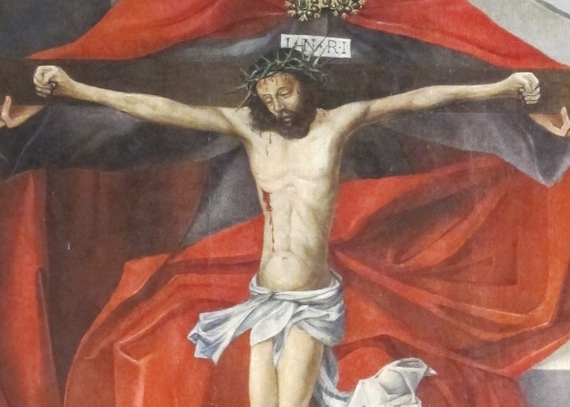 preparing a breakfast of fish for his disciples on the shores of the Sea of Tiberius. Jesus calling Lazarus back to life.

I searched for Jesus inside and outside of churches from Budapest to Amsterdam. Romanesque, gothic, baroque, neo-classical, all were stuffed to their soaring arches with wonderful old art objects -- stained glass windows, marble sculptures, paintings, murals, wood carvings.

And, yes, there were lots of Jesuses in those venerable European churches. Trouble is, the Jesuses I saw were almost always dead. Or dying. Or staggering under the weight of a cross.

Of course, there were also lots of Baby Jesuses. Unblemished and adorable, but often (it seemed to me) no more than a stage prop highlighting the sanctity of his much-revered mother, Mary.

These were old churches, mind you, centuries old. And those two visions of Jesus -- the suffering Jesus, the babe-in-arms Jesus -- must have meant a lot to pre-modern 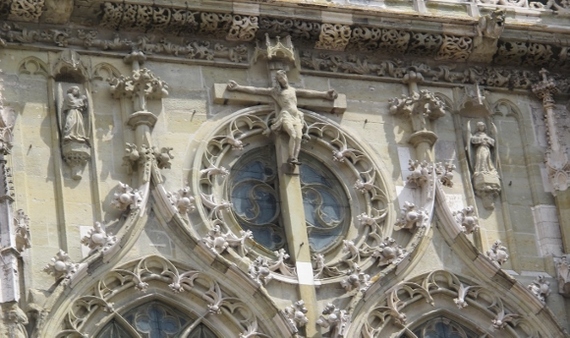 Europeans who endured wars and plagues that went on for decades and took out large swaths of the population.

Those people suffered. Maybe the image of a suffering Son of God was a comfort somehow: We suffer. God suffers with us. That makes sense.

And too, the crucifixion has a central place in the Christian story. No doubt about that. But still, without images of Jesus the healer, the teacher, the loving son of God to fill out that story, the sight of all those bloody, dying figures is a downer.

It's also guilt-provoking if you ever had a Sunday school teacher who wanted you to believe that Jesus died for our sins -- and that it's our very sinfulness that put Jesus up there on the cross. 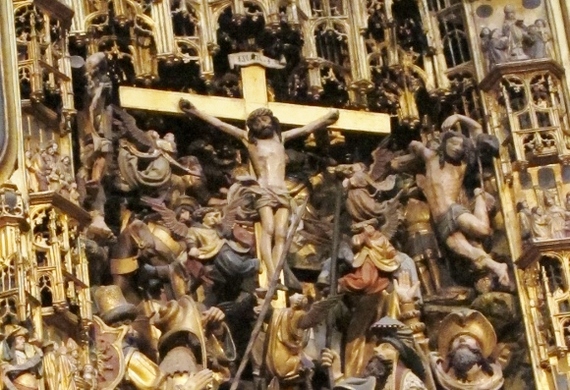 Research Center report. In 2010, the proportion of Europeans who checked the box "None" when asked to name their religious affiliation was 19%.

I wonder. Do some Europeans check that None box because the Jesus they see in churches everywhere is so often a dead man on a cross -- and so rarely a man of action bringing life and justice and compassion to humanity?

A version of this story appeared on BarbaraFalconerNewhall.com, where Barbara writes about the view from the second half of life. For more about her interfaith book, new from Patheos press, go to WrestlingWithGodBook.com.

If you enjoyed this story, you might like "The Ghost of 300 Million Drought-Killed Trees Hovers Over a Lake in Texas." Also, "The Hagia Sophia, Where Christianity and Islam Meet -- and Clash." 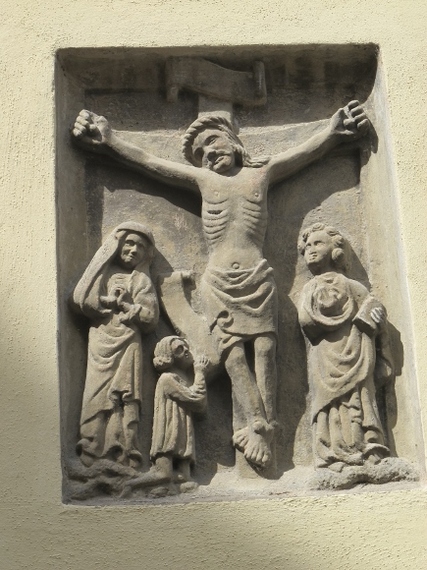