It's the stuff of legends. In April 2016, a rancher shot and killed a wolverine in North Dakota. Officials identified the animal as M56, a radio-collared individual from Yellowstone who rose to fame in spring 2009 when he dispersed over 500 miles across the Great Divide Basin, crossing Interstate 80 on Memorial Day weekend in the process, eventually turning up in Rocky Mountain National Park, Colorado. Until his collar quit working in 2012, its data indicated that he'd remained there among the snow peaks. How this peripatetic male had ended up in North Dakota, where his luck ran out, will remain a mystery. 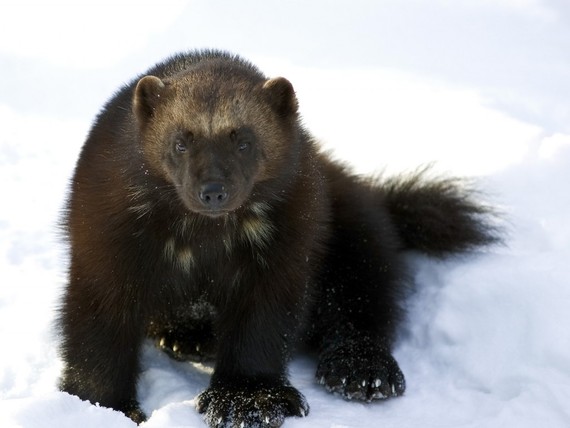 Then there was the radio-tagged young male wolverine who a few years back summited the highest mountain in Glacier National Park, ascending the last 4,900 feet up a sheer, nearly vertical ice rampart in less than 90 minutes. He made the ascent for no obvious reason and presumably left his urine on the summit to mark his turf. Such feats have inspired even the most staid scientists to refer to the wolverine as a "badass" species.

Despite its physical prowess, the wolverine is highly vulnerable to extinction in the contiguous 48 United States. Snow availability is its most critical habitat need--for denning as well as foraging. In the far north, because of deep cold, it has lots of habitats. Farther south, its habitat occurs only in the mountains in discontinuous, rapidly shrinking patches. To make matters worse, of all the large carnivore species, the wolverine has one of the lowest reproductive rates and the highest metabolic and mortality rates.

In 1994 and 2000, the US Fish and Wildlife Service (USFWS) considered Endangered Species Act (ESA) protection for the wolverine. However, each time it found listing unwarranted due to lack of data about this species' historic range. To address this lack, ecologist Keith Aubry analyzed wolverine trapping and observation records and found that from 1801 to 1960, the species had occurred throughout the Intermountain West and Upper Midwest. Between 1961 and 1994, people continued to report it in the northern Rockies and Cascade Mountains. Then from 1995 to 2005, these reports declined. Nevertheless, in 2008 USFWS deemed listing unwarranted on a technicality (none of these wolverines constituted a distinct population, as defined by the ESA). Environmental groups sued and won.

Currently 250-300 wolverines exist in the contiguous United States. Scientists have attributed their ongoing decline to climate change, which is ineluctably reducing wolverine range to isolated mountaintops--creating habitat islands that impair genetic diversity. Other threats include backcountry recreation, roads, and trapping. 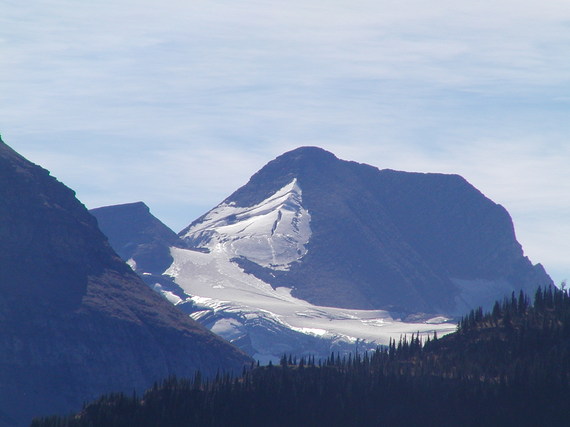 By 2010, wolverine trapping had been prohibited in the US, except for Alaska and Montana. In October 2012, environmental groups litigated the ecological soundness of lethal wolverine trapping in Montana and prevailed. Meanwhile, wolverine numbers continued to plummet. In response, in December 2010, USFWS designated it a candidate for ESA protection. However, a candidate species backlog put the wolverine at the end of a very long line.

Concern arose that given this species' low survival and melting habitat, it might go extinct before USFWS was able to list it. When another lawsuit propelled the wolverine to the front of the line, the Service proposed filing a listing rule by 2013. A panel of scientists convened by the Service recommended reintroducing the species in Colorado (which has 28 snow peaks over 14,000 feet in elevation).

Remarkably, in August 2014 the Service withdrew their listing proposal, maintaining that per scientific review, the wolverine has steadily recovered in the past half century, and that while the climate is warming, climate change effects are unlikely to place it in danger of extinction now or in the foreseeable future. This inspired yet another lawsuit. In April 2014, federal judge Dana Christensen overturned the Service's decision, calling the wolverine a "snow-dependent species standing squarely in the path of global climate change."

ESA protection will yield a recovery plan. In the meantime, the temperature continues to rise, increasingly shrinking and fragmenting wolverine habitat, so what's next? This species' second most important ecological need is safe passage between habitat patches. National parks provide wolverine refuges. But as M56 graphically demonstrated, parks are little more than postage stamps of security for a species that needs so much room to roam.

As wildlife biologist and author of The Wolverine Way Doug Chadwick wrote, "If the living systems we choose to protect aren't large and strong and interconnected, then we aren't really conserving wolverines. Not for the long term. Not with some real teeth in the scenery. We're just talking about saving nature while we settle for something less wild." In our warming world, ultimately it will take a combination of government protection, reintroduction efforts in places like Colorado, protected corridors, and changes in natural resources management to ensure this formidable species' survival.