Was it suicide or murder? The Ecuadorian government, hoping to answer that question, says it is reopening the case of the death of underwater filmmaker Valerie de la Valdene, whose body was found July 5, 2014 in her home on Santa Cruz island in the Galápagos.

As reported in Galápagos Digital http://www.galapagosdigital.com/2014/07/07/noted-underwater-cinematographer-found-dead-in-santa-cruz-home/, the Ecuadorian authorities initially and quickly ruled her death a suicide because she had a bullet wound in her left temple and a gun lying next to her. However, her family was not convinced and financed its own investigation which has prompted the Ecuadorian government to take a second look

According to her father, Guy de la Valdene, a writer and film maker who lives in Florida, the biggest inconsistency in the official reports has to do with the initial tests which showed gunpowder residue in her right hand but not in her left hand. Valerie was left-handed. "She would have to be a contortionist to reach over her head and shoot herself with her right hand," he told the Miami-Herald. 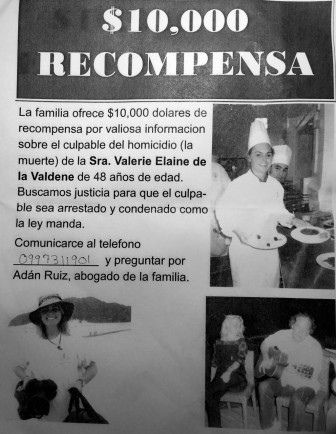 Mr. de la Valdene says he is convinced it was murder, not a suicide. According to his private investigation, his daughter, Valerie had received threats and was getting ready to travel to the United States in early July 2014.

His dogged pursuit of the case has paid off. Next Monday, January 26th, the Director of the Homicide Section of the national entity that investigates murders, kidnappings and extortion in Ecuador, Col. Pablo Leon Navarro, will travel to Santa Cruz to start the new proceedings. In addition, the Ecuadorian Minister of Internal Security will meet with Mr. de la Valdene on January 30th to reassure him of their commitment to solving the case

"We are a new unit and utilize the most modern technology" Col. Leon said in a telephone interview with Galapagos Digital. "We will look at every aspect of the case very carefully and hope we will clarify certain things that are not clear." He added that they will start by exhuming the body in order to obtain samples that will be re-tested and will conduct interviews with several "persons of interest." A civilian Galápagos source with knowledge of the investigation told Galápagos Digital that police will pay special attention to the trajectory of the bullet that killed Ms. de la Valdene to determine if the fatal shot was self-inflicted or fired by another individual. 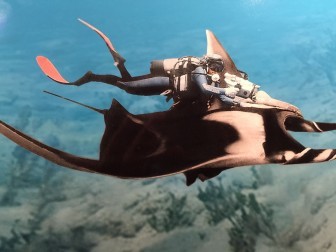 Valerie de la Valdene led what seemed an enchanted and adventurous life. She was a world-class diver and underwater photographer. She shot documentaries, was interviewed on television and in 2007 was inducted into the Women Divers Hall of Fame. As heiress to a large fortune, she had the freedom to chase her dreams. About ten years ago she fell in love with the Gallápagos and became a resident of Puerto Ayora, in Santa Cruz island where she practiced diving, taught at a local school and founded the Galapagos Children Fund which supported educational activities for island children.

However, not everything was rosy for Ms. de la Valdene. According to her father, she had bipolar disorder. And many people who knew her in Santa Cruz and do not wish to be identified, say that she used drugs and alcohol in excess and sometimes associated with disreputable characters.

Her family is offering a $10,000 reward for information leading to the apprehension of the murderer. And Col. Leon says his unit in their first year has solved 50% of the cold cases they have investigated, so he hopes they will succeed in this one.