Although, like everywhere in the world, the debate is on just how much Polish cities can do to, there is no doubt among mayors of big cities that we should do our share to help. 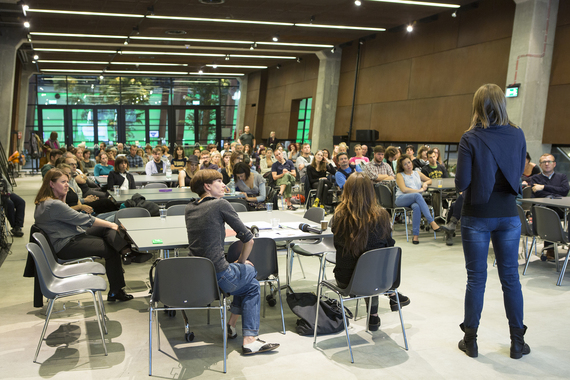 Many residents of Gdansk are interested in supporting refugees. On the photo: the meeting "Become a mentor for a refugee". Photo: J. Pinkas

There are, of course, active groups of citizens in Gdansk who claim that security concerns override any other interests in resettling refugees. The majority, however, including city authorities, says that accepting refugees and immigrants comes with cultural and economic benefits. Gdańsk's model of integration of immigrants and refugees follows proven European activities International cooperation in the field of immigrant integration policy started with the deepening of relations in the framework of Eurocities. It is a consortium of major European cities with an active Forum of Social Affairs, which focuses, among others matters, on sharing best practices of thirty European cities most experienced in the field of integration policy for migrants. We joined the group and obtained a very good overview of the migration policy in Europe. Inspired by the experience of delegates from Oslo, we decided to visit the capital of Norway, which is one of the leaders in the integration of foreigners in Europe. We went there on a study visit. 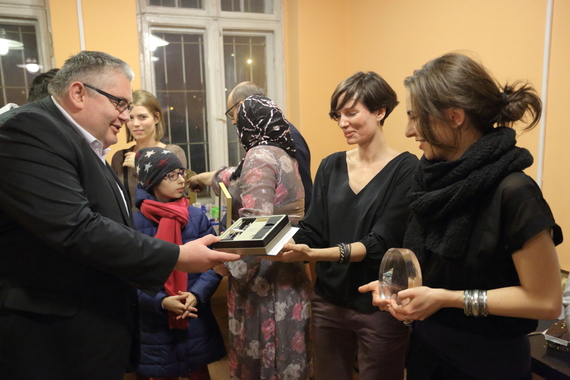 Deputy mayor Piotr Kowalczuk on the opening of a new headquarter of the Immigrant Support Center in Gdansk. From the right: Klaudia Iwicka, teacher of Polish and Marta Siciarek, manager of the Center. Photo: G. Mehring

In the meantime, Bremen, the twin city of Gdansk, invited us to pay a visit to observe their experiences. While working on the Gdansk model of immigrant integration we now use the years of experience of these cities.

Besides our engagement in Eurocities, we submitted an application to take part in a European project entitled "Cities GroW". Several experienced European cities will be able to mentor Gdansk in the implementation of our immigration plans. After Lublin, we are the second Polish city to participate in the project.What did we learn from the Norwegians?

In Norwegian multicultural society, whose foundations were created back in the 70-ies, "integration of immigrants" is no longer working as a separate concept. It is now simply a part of everyday politics: social, educational, cultural, and communal; it is a fragment of integration as a whole.

In a homogenous Gdansk and Poland, we are considering the integration of immigrants as an additional, new action. And the understanding of the integration processes of foreigners should be an integral part of social policy as such. We need to learn that the process of incorporating immigrants into a society reflects the state of the society as a whole. Are we, as a society, inclusive? How well do we integrate the poor, the disabled, the elderly, the homeless? And, finally, the strangers - the immigrants. 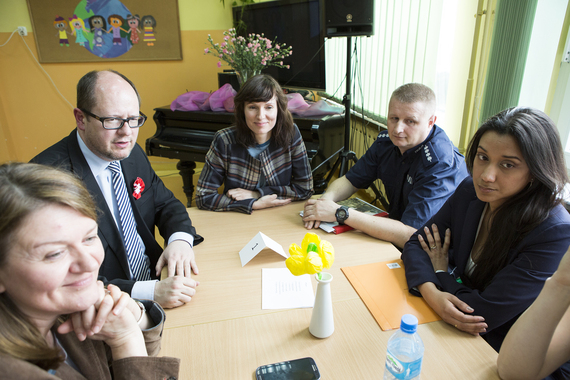 In our discussion about immigrants often we need to talk about ordinary, everyday situations. Am I, as a neighbour, ready to welcome the Syrian to live in my house? Will my children at school be friends with foreign students? As an employer, would I give a job to foreign job seekers?

In Gdańsk a conference will take place 7-8 March, in which we will try to address these questions.

The challenge of admitting refugees from Syria and African countries "fell" on the local communities in Europe rather suddenly. Is has not been preceded by a debate about a global phenomenon, which is migration. And yet, we are all its participants: the borders are open (for some), millions of Poles had left the country, thousands of foreigners live in Poland.

The meeting will be a part of Open Cities Smart Metropolis cycle. It will consist of two parts:

The second part of the conference will consist in the presentation of the Polish experience in the area of migration: how many immigrants and refugees did Poland admit in recent years? How have they integrated? What are the successes, the challenges? How to prevent conflicts on ethnic and religious grounds?

As a responsible, European metropolis we are doing our part in preparing for the new world.