Haiti is one of those places that steals your heart and then breaks it over and over again. 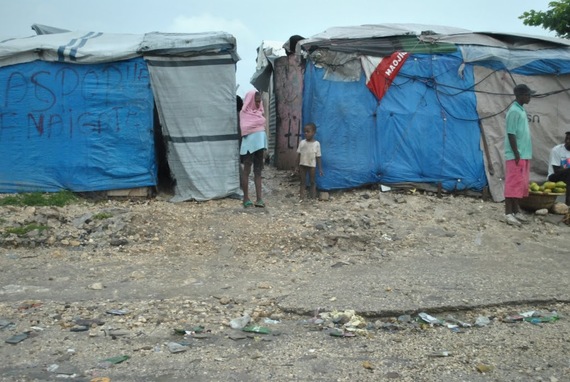 The country is still trying to claw its way back from the devastating earthquake that claimed hundreds of thousands of lives in 2010. Now, nearly seven years later, with tens of thousands of Haitians still living in tents, along comes Hurricane Matthew, the latest in a long string of disasters--both natural and man-made--to befall our hemisphere's poorest nation.

The latest death toll hovers around 900. The collapse of a major bridge has choked off traffic and prevented much-needed supplies from reaching the hinterlands, and there is fear of another cholera epidemic. 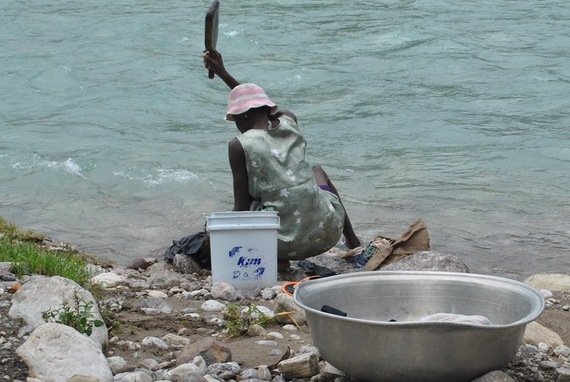 I've been to the south of Haiti twice and have a number of friends who have been many times more than that (under the auspices of the Haitian Episcopal Learning Programs), building schools and hospitals, conducting medical clinics and forging lasting friendships and partnerships with these resilient and engaging people.

One particular group has established a rural birthing center that has significantly improved labor and delivery outcomes for mothers. Maison de Naissance is now serving as temporary shelter for many who lost their homes last week, all the while continuing to deliver babies even though the majority of its staff is among those whose homes were ravaged by the storm. 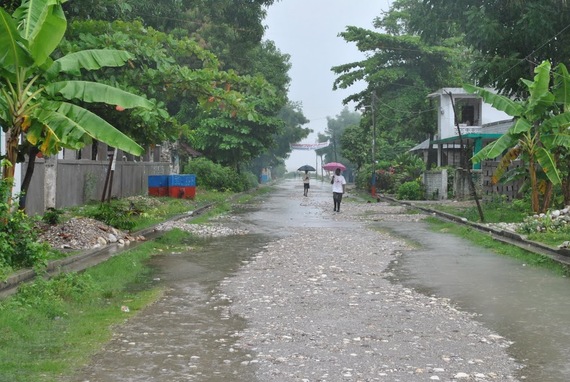 Those flooded dirt streets you see on the news? We've walked them hand in hand with Haitian children on their way to school. We've given worm medicine and purchased books and uniforms for kids in the mountain and coastal villages that were decimated last week by the hurricane. The doctors and nurses among us have diagnosed and treated thousands of people with a variety of ailments from malnutrition to malaria. We have worshipped and broken bread together in cinderblock churches and homes.

Which is all to say that our hearts are broken--again--along with our Haitian brothers and sisters.

Thanks to Facebook, we've been able to give and get news about our friends in Haiti. We know who's been accounted for and who has not. We grieve their losses right along with them. Yet, because we know them, we also believe that fortitude and faith will carry our Haitian friends as they recover from this latest assault. These are people who don't give up, people who are patient and determined, people who walk miles in 100-degree heat in their Sunday best and wait hours for medical help at pop-up clinics.

The World Bank puts Haiti's GDP per capita at $846, the government is frequently in upheaval and the country has been tragically deforested by charcoal production. In Haiti, people are always waiting for things to get better; even so, many of them are not miserable, despite having every reason to be.

A couple of days after the 2010 earthquake, I watched on TV as a news crew hurried down the street in Port au Prince. The photographer hustled to keep up as the reporter gestured wildly during the live report for CNN. As the reporter emotionally described the trash piling up in the streets, women trying to bathe modestly in public, and other deplorable conditions, I thought, "This is his first time in Haiti..."

Sadly, and unbeknownst to those who see Haitian slums for the first time, these conditions are absolutely not exclusive to post-earthquake or post-hurricane Haiti. There are neighborhoods where the streets are always filled with trash. It's quite common to see folks bathing in culverts on the side of the road and in rivers on the edge of town, to see children in t-shirts and no pants begging for food or money. 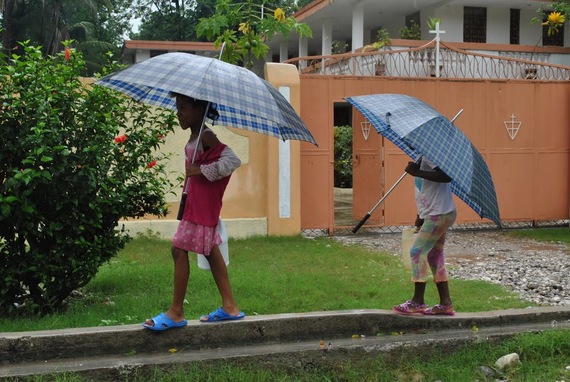 Extreme poverty and neglect by the rest of the world are part of this Caribbean nation's legacy, along with rampant disease, filthy drinking water and corruption.

Another part of Haiti's legacy, however, is the indomitable spirit of her people. The centuries of economic, social and political oppression miraculously have not pummeled the hope and faith out of these beautiful people. Haiti's children still beam at you with their beautiful smiles, and even among the desperate ruins there is joy.

Another TV report days after the quake showed men, women and children, hands clasped together, dancing in the midst of the rubble in Port au Prince. Reminiscent of the Whos down in Whoville after the Grinch stole Christmas, these resilient, faithful souls were singing songs of praise, thanking God that they were alive, and revealing to the world one of the prevailing truths of living in Haiti: Even the heartbroken can be hopeful.

I expect to see them dancing again soon.

There are many worthwhile non-profit organizations, both secular and faith-based, doing worthy work in Haiti, including those mentioned above. In the aftermath of this latest disaster, please consider researching and supporting one of them. Here's a list to get started.