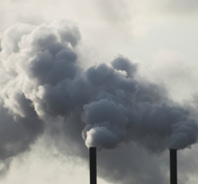 In 2015, only about 23 percent of Kenya's 45,500,000 people have access to electricity, and this problem is particularly pronounced in rural areas of the East African country, where electrification drops to a staggering 4 percent. It's clear that the question is not whether or not something needs to be done -- it is unconscionable to leave people living in energy poverty. Rather, the issue is how do we start delivering energy services as quickly and as broadly as possible?

Despite mounting evidence that new coal generation regularly fails to deliver energy access, especially in rural areas, Amu Power is proposing a 1,000 megawatt coal plant in Manda Bay in Lamu County, home to the World Heritage listed Lamu Old Town. Oxfam and the Overseas Development Institute (ODI) recently issued a report on energy poverty in sub-Saharan Africa showing that off-grid and mini-grid technologies are better at delivering power than centralized projects like coal plants. These small scale projects, such as home solar systems and community renewable energy, can cost effectively generate power where it is needed and can be installed now instead of waiting years or decades for grid extensions.

According to the International Energy Agency (IEA), to reach "energy for all," 64 percent of new energy investments must go to off-grid and mini-grid solutions. This has been backed up by the World Bank, which warned of the devastating health effects caused by coal-generated energy, saying that coal is not the solution to the world's energy access needs. The most persuasive argument perhaps was the former secretary of India's ministry of power, EAS Sarma, who in an opinion piece for The Guardian noted that his country has added 95,000 megawatts of largely coal-fired power since 2001, but it has done little to help the 45 percent of rural households living without access to electricity. Meanwhile, unsafe levels of mercury and other pollutants are already impacting the health of pregnant women and children who live near India's coal plants. In fact, pollution from coal causes over 100,000 deaths every year in India. But instead of actually helping alleviate energy poverty, the electricity is gobbled up by existing, more affluent users.

As for impoverished urban residents with access to the grid, many cannot afford to pay for energy or have other technical barriers to access. This is particularly relevant in Kenya where the cost of grid-based power and connections is a major factor behind energy poverty. The truth is that building coal plants is expensive and often plagued with long delays and cost overruns, as we have seen in South Africa where the Medupi and Kusile coal plants. These two projects are at least four years behind schedule and $6 billion and $7 billion over budget respectively. This is not a good precedent for the Lamu coal plant, which is already facing delays.

And where coal fails at alleviating energy poverty, it succeeds in spreading deadly pollution. It is this concern over the health effects of coal that spurred locals in Lamu to action, starting with a petition calling on Lamu Governor Issa Timamy to stop the coal project. While project proponents insist this will be a "clean coal" plant, saying "the only thing that comes out of the chimney is water vapor," the truth is there is no such thing as "clean coal." The Environmental and Social Impact Assessment (ESIA) has yet to be released, but we can glean some details about the project from statements and interviews given by project spokespeople. For example, the proposed Lamu plant does not employ the best available technology to limit pollution, and it will begin operation without Selective Catalytic Reduction (SCR) to reduce nitrogen oxides. The operator says they will add an SCR later, but the time to add an SCR is during construction, not after emitting pollutants for an indefinite amount of time. And while the project will have controls for particulates and sulfur, there are no controls that can capture every emission, resulting in untold tons of deadly sulfur, nitrogen oxides and particulate matter spewed into the air. The proposal also states the plant will employ supercritical technology, which is hardly advanced at a time when more efficient ultra-supercritical plants are being built -- and even those are still far from clean.

With regards to water pollution, the ash dump for the toxic leftovers that remain after the coal is burned will be lined, but a single layer of high density polythene paper is not sufficient, and without leak detection dangerous heavy metals could still contaminate nearby waters. It is also unclear whether there is a plan for catastrophic failure of the ash dump, as happened in Tennessee and North Carolina. It is also unclear what sort of cooling system the plant will use. Chemicals discharged from coal plants into the water can have devastating effects on local ecosystems and fishing, especially if the plant has an open cycle cooling system which releases water at a temperature significantly above that of local bodies.

There are still many questions surrounding the proposed Lamu coal plant, but perhaps none is more critical than the question of whether the plant it is even necessary. With the cost of clean energy sources dropping -- even to the point of making them cheaper than coal in places -- and knowing that coal is not an effective solution to alleviate energy poverty, is building a new coal plant that will force locals to live with deadly pollution really the best option for Lamu? For those organized against the project, the answer is clearly no.