When *Cathy’s two grandkids were little, Cathy was tapped to babysit—but only while her daughter-in-law’s parents were at work. Now that her daughter-in-law’s parents are retired, Cathy and her husband are never asked to pick up the kids (ages 11 and 13), and if they ask if they can visit, there’s always an excuse. “Instead of encouraging the kids to visit and have a relationship with us, they’re doing the opposite,” she says. “It makes me sad, but I don’t want to give up.”

*Laura’s daughter-in-law lives 40 miles away, but she still has to jump through hoops to keep her happy because there’s a lot at stake: seeing her 9-year-old grandson. “She talks badly about me behind my back and to my face, she won’t do any of the driving for visits and sends him with dirty clothes and asks me to give her money for her bills.” Laura has a loving relationship with her grandson, but his mother lies to him and says Laura doesn’t call.

*Sandy’s only grandson is 1 1/2 and she can count on one hand the amount of times she’s seen him. “Our daughter-in-law is becoming more standoffish to us and controlling of our time with our grandson,” she says. “I can barely read him a book without her standing over us, and one time she wouldn’t let me take a picture of my grandson at a restaurant.”

Another common bully behavior is when DILs make snide comments in front of other family members—even the grandchildren and her mother—about her MIL, says Deanna Brann, Ph.D., author of "Reluctantly Related—Secrets to Getting Along With Your Mother-In-Law or Daughter-In-Law." “It’s making fun of her and belittling her as a grandparent and it takes away any credibility she has,” she says.

What Bullying Does to You You want nothing more than to shower your grandchildren with love and to soak in quality family time with your son’s family, but your efforts are routinely derailed by a woman who’s here to stay. It’s easy to feel depressed and weak with the bullying your daughter-in-law dishes out. You don’t want to be cut off from your son or grandkids. And with some effort, you won’t have to. Know that you are not alone, and you will get through this.

“A daughter-in-law bullying her mother-in-law is so complicated, because the family dynamics are set up in a way where no one deals directly with the problem,” says Dr. Brann. "The mother-in-law and her side of the family are afraid to do or say anything, the daughter-in-law’s husband either doesn’t see it, or doesn’t want to see it or doesn’t know what to do about it.” Chances are, if your son does see his wife’s bully behavior he doesn’t want to get involved—he wants to keep the peace in his home.

Why Your DIL Does It “The daughter-in-law will typically not say anything directly, but if pressed she’ll have a reason for her behavior,” says Dr. Brann. To make things worse if you try to call or contact your DIL, she may ignore your attempts and that can put you in a position of feeling completely helpless.

People who bully—DILs included—do so because they’re insecure, have low self-esteem and want to feel powerful and important, says Dr. Brann, and this is the only way they know how to do it. “The daughter-in-law may bully because she wants everyone—particularly her mother-in-law—to know the importance of her place in the family.” And of course, that she’s #1 in her husband’s life.

It’s not always easy, but take an honest look at your relationships with your son, daughter-in-law and grandchildren, and try to understand why your daughter-in-law acts the way she does, says Ruth Nemzoff, Ed.D., resident scholar at Brandeis Women’s Studies Research Center, and author of Don’t Roll Your Eyes: Making In-Laws Into Family and "Don’t Bite Your Tongue: How to Foster Rewarding Relationships with Your Adult Children." Maybe she doesn’t want you to see the grandkids because you take over, criticize (which in your mind is make helpful suggestions) or because she doesn’t trust your discipline methods? Perhaps she feels you’re too frail to care for the kids and maybe doesn’t know how to tell you, or maybe she’s a working mom who is stressed out and might want your help instead of being expected to visit on your schedule. “Rather than casting blame, try to ask questions of yourself and think about how you might be able to fit better into their lives.”

It’s okay to get angry, but do it privately—with a friend or a spouse—and then collect yourself and try to figure out a solution, instead of justifying why your feelings are correct, says Dr. Nemzoff. “Re-frame the problem from my daughter-in-law’s a bully, to thinking of ways you can change so you don’t feel so aggravated by the situation,” says Dr. Nemzoff. “You can only change yourself—not others.”

Read more from Grandparents.com: The best parenting advice mom ever gave you "Thank goodness I don't have a daughter-in-law" Are you and your daughter-in-law too close?

If Your Daughter-In-Law Is A Bully, Read This
Grandparents Play An Important Role In Families, AARP Study 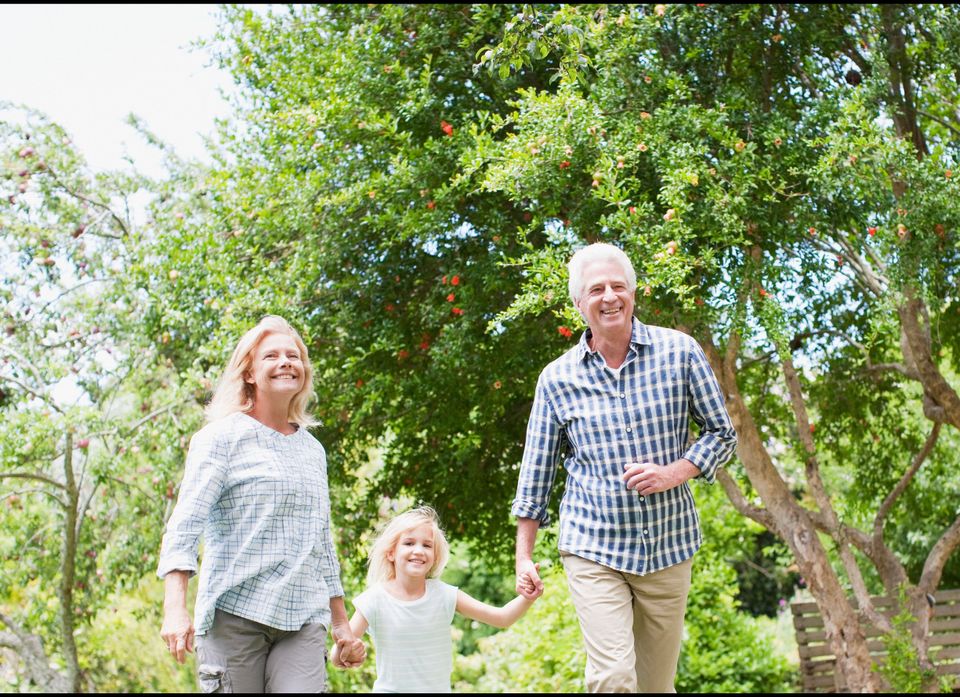