In-N-Out Burger is shaking up social media this week but not in a good way: Its $25,000 donation to the California Republican Party has led some people to call for a boycott of the burger chain.

An image from the California secretary of state’s website recording the Aug. 27 donation was making the rounds on Twitter.﻿

Not that the contribution should have come as any surprise. The fast food chain previously donated $30,000 in both 2016 and 2017 to the California GOP, according to LA Mag.

The company also gave $30,000 last year and $50,000 this year to a PAC called Californians for Jobs and a Strong Economy, which supports pro-business Democratic candidates, as Fortune pointed out.

But that show of bipartisanship doesn’t appear to have mollified Eric Bauman, chair of the California Democratic Party. He implored those hungry for burgers to take their business elsewhere:

Other people joined in the hashtag campaign:

In-n-Out Burger is financing the Republican Party. Time for a boycott. #boycottinnout

Sorry, @innoutburger You are my favorite place to eat, but if you are going to give money to the California Republican Party, it isn’t going to be MY money. #BoycottInNOut

I hate that In-N-Out has probably donated to the Republican Party before now and I gave them my business. They are my #1 favorite. No more, though. #BoycottInNOut

@innoutburger This really bums me out because I’m a regular customer... BUT I cannot spent money with a company that supports the current GOP! #BoycottInNOut https://t.co/XlSdNaGG3D

In-N-Out representatives did not immediately respond to HuffPost’s request for comment on the donation or the proposed boycott. 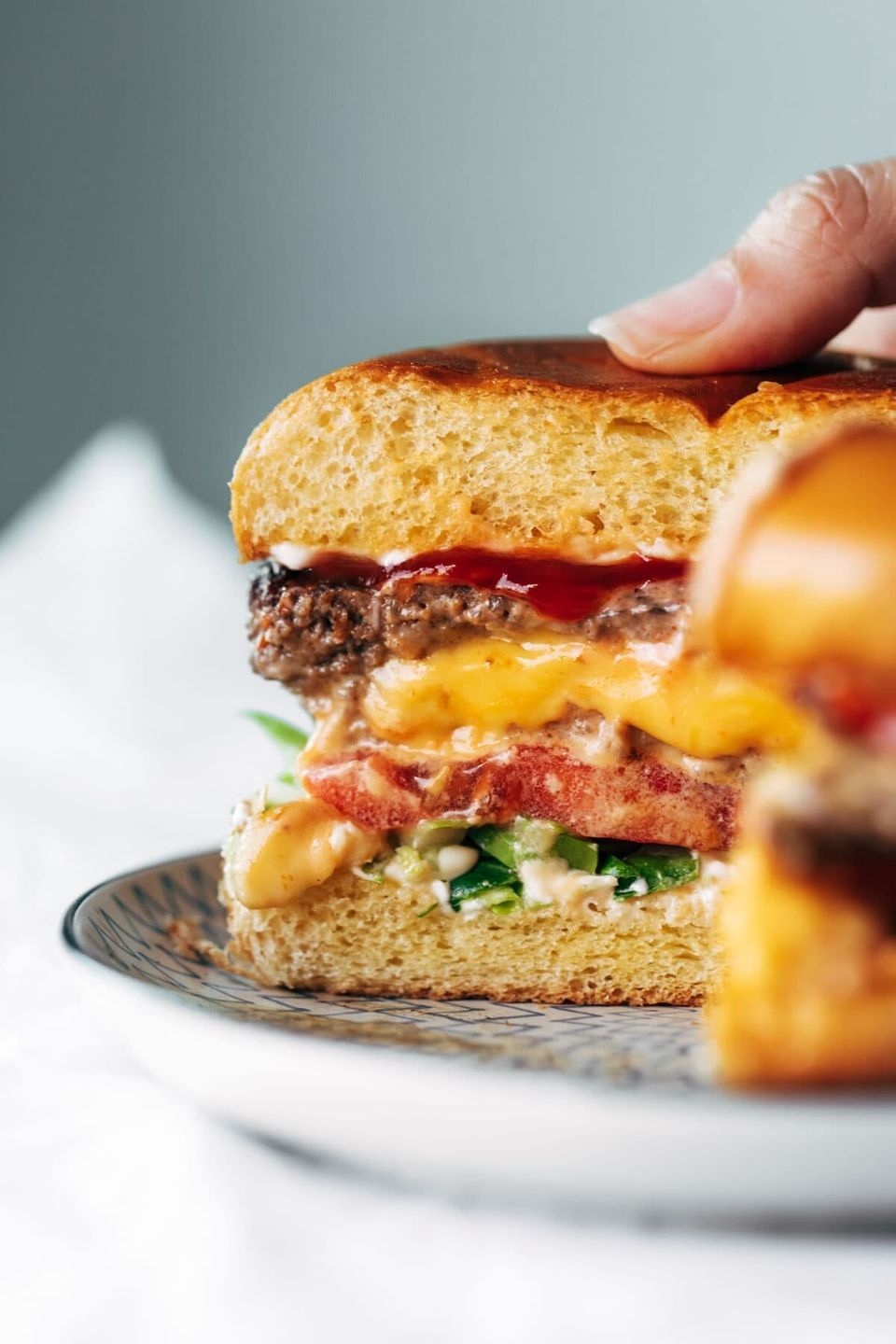 1 / 16
Juicy Lucy
<a href="https://pinchofyum.com/juicy-lucy" target="_blank"><strong>Get the Juicy Lucy recipe from Pinch Of Yum</strong></a>
Pinch Of Yum