Foster +Partner's newest design for New York takes its cues from two of the city's finer attributes: the proportions and scale of its prewar apartment buildings, and the bronze-like tint of the sunlight there.

"The golden sky is part of its city's character," says Kirsten Scott, partner at the firm. "The exterior of the building has brass-toned trim around the windows to reflect the hues of the New York lighting."

And then there are the views. 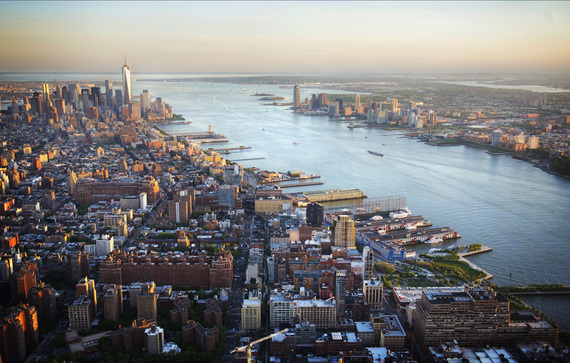 551W21 is situated in Chelsea between West 21st and 11th Avenue, rising 19 floors above grade, and in scale with its neighbors. "It's 250 feet tall, and the buildings coming up in Chelsea are about that height," she says. "It doesn't tower above."

It displaces a gallery there, one that will be re-installed at ground level when the building's completed in about a year.. Most of its floors consist of two condominiums, between 3,900 and 4,200 square feet. A total of 44 residences are planned; 60 percent are already spoken for.

"They're mostly three or four bedroom apartments with unbelievable views to the east and west," she says. "To the east is the Empire State Building and beyond, and to the west are views to the Hudson, the sky and the sunset." 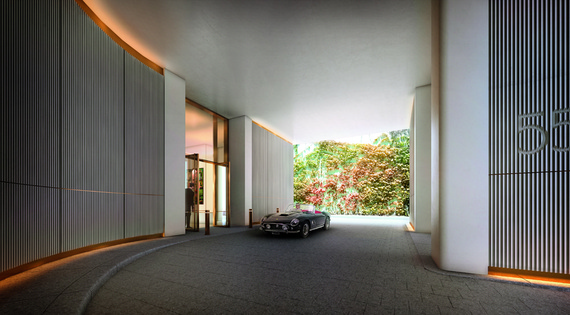 The architects managed to tuck in a private courtyard, where owners can pull in for valet service, step into a two-and-a-half-story lobby and take an elevator up to their apartments.

"Most of apartments are entered directly from the elevator, through a private foyer," she says. "Once you enter, there's a closet to hang a jacket and a bench to take off shoes and store them before entering."

Inside each apartment is a 20-foot by 40 foot "grand room." Floors are laid in white oak, the ceilings are 11 feet high and the windows are huge - 40 feet in living spaces and 12 feet in bedrooms. Even the baths dressing rooms - there's no such thing as a walk-in closet here - have windows. 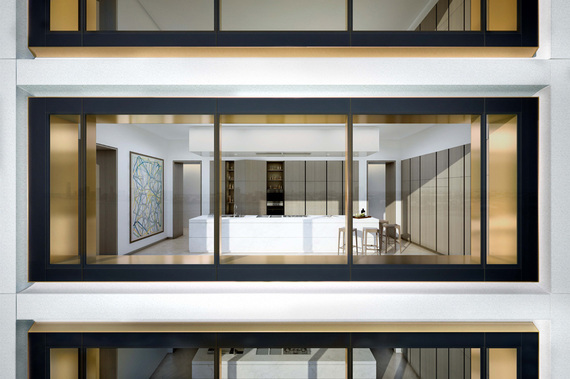 "We looked back to some of the buildings of the 1920s and analyzed them in detail - the relationship between one space and another, and how you enter a room.," she says. "We took that analysis and applied it."

Clad in precast concrete with a limestone tint, the building exterior doesn't deliver the zip one might expect from the firm. The fireworks, it seems, are for those who inhabit it.

"This is designed from the inside out, and for the spatial sequences within the building," she says.

And for the views.

J. Michael Welton writes about architecture, art and design for national and international publications, and edits and publishes a digital design magazine at www.architectsandartisans.com. He is also the author of "Drawing from Practice: Architects and the Meaning of Freehand," due out from Routledge Press in the spring.