Last week I attended the Peter Marino Concert opening the 54th Young Concert Artists Series at Carnegie's Zankel Hall. I was prepared to hear an excellent pianist. It turned out that Yun-Chin Zhou was far and beyond anyone I have heard in many years: an original character, insightful musicianship, breathtaking technique, and best of all, he conveyed true joy in playing. 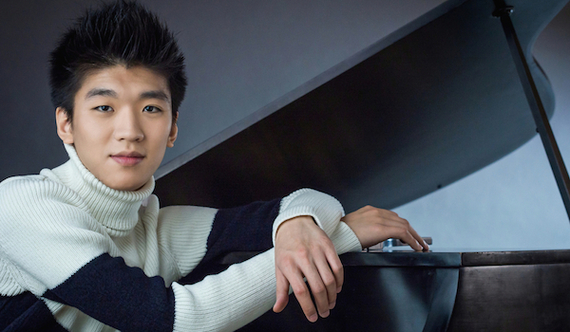 Zhou began with Haydn's Sonata in E-flat major, which he performed with such style and elegance - it was Horowitzian! - and an admirable sense of pace and endless ease. That was also true in his moving interpretation of Liszt's Benediction de Dieu dans la solitude, where he carefully sculpted the soulful melodic lines with a deep viola-like sound and delicately shimmering and sensuous ornamentation. His effortlessly produced piano colors and stunning technical feats are combined with a touching musical sensitivity.

In the opening notes of Ravel's show-stopper, La Valse, Zhou conjured up mysterious moods from the lower depths of the piano, as if invoking dark magic. His hypnotic energy never flagged through the varied passages and moods, until he brought the work to its wild and feverish climax, sweeping the audience to its feet.

Opening the second half of the program, Zhou brought us a delightful novelty: jazzy virtuoso transcriptions by Alexis Weissenberg of Six Chansons by the great French chanteur, Charles Trenet. The cheeky vivacity of these pieces was fresh and inventive, as Zhou danced their dreamy or jaunty rhythms at the keyboard. These pieces, which are not published, were actually notated by Zhou by listening to Weissenberg's own recording - a feat in itself. 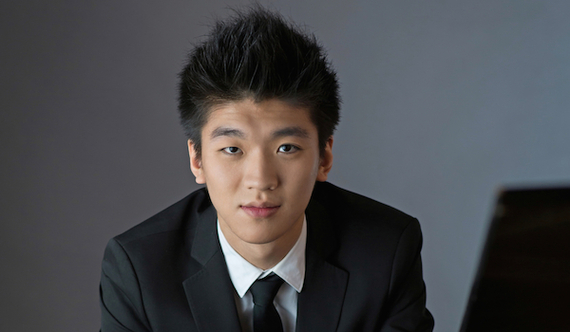 Ending the program with Rachmaninoff's dramatic Piano Sonata no. 2, we heard the full range of this extraordinary young pianist's gifts. There was passion, expressivity, serenity, generosity, humanism, fireworks and the sparkling of youth at every turn. The audience responded with applause that matched the sonata's thunderous conclusion.

Zhou's encore was nothing less than the finger-busting "Soiree de Vienne," Grunwald's epic take on themes from Die Fledermaus, which brought the full house to its third standing ovation. I cannot wait to hear this young master again.

A native of Shenyang, Yun-Chin Zhou's given name means pure melody. Before coming to the U.S. at the age of 19 to study at the Curtis Institute of Music, Yun-Chin won top prizes in the 2007 China International Piano Competition and the 2006 Gulangyu Piano Competition in Xiamen, and appeared as soloist with the China National Symphony Orchestra in Beijing. He began his piano studies at the age of seven. He currently works with Robert McDonald at the Juilliard School on a full-tuition scholarship. Yun-Chin made his Washington, D.C. debut in the Kennedy Center's Young Concert Artists Series last month to critical acclaim. 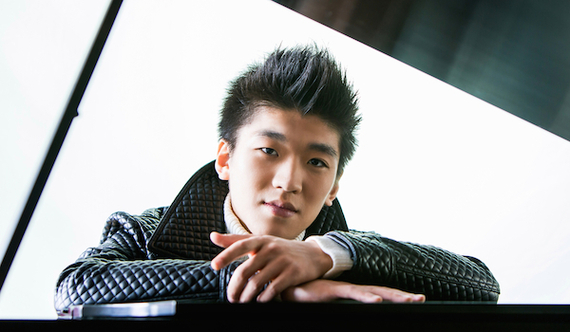 Young Concert Artists, under the five-decade plus leadership of Susan Wadsworth, is perhaps the premier arbitrator of classical music success. Like the J. Luce Foundation, supporting young global leaders, YCA selects and supports the finest young global leaders in the field of music. I am proud to know Susan Wadsworth and delighted to have been introduced to the enormously talented Yun-Chin Zhou.

Young Concert Artists, Inc. is a nonprofit organization whose artistic mission is supported by music-loving individuals, foundations, and government agencies: the National Endowment for the Arts, the New York State Council on the Arts, and the New York City Department of Cultural Affairs. Info at yca@yca.org; (212) 307-6655.

Written in collaboration with Jacqueline Vanasse.