While other parts of the west were overtaken with the fracking boom, the Turtle Mountain Band said no thanks. Here's the difference it made. 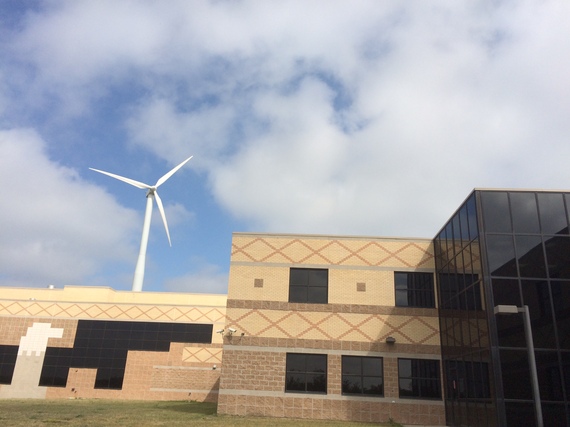 Drive the long, straight roads of north-central North Dakota, and you pass lake after lake amid hayfields and forests. Migratory birds, attracted by the abundance of water and grain, pause here. Farmers, boaters, and fishermen orient their lives around the pure water.

The water, more than anything, explains why members of the Turtle Mountain Band of Chippewa Indians acted so quickly when they learned their region was next in line for fracking. Within just a few weeks of tribal women meeting on the topic in late 2011, the council banned fracking on the 77,000-acre reservation.

Their ban was one of the first in North America.

Why the women said no
The process started in November 2011 when a tribal elder, Carol Davis, called the women of the tribe together. Fracking was booming on the Fort Berthold reservation just 190 miles away in the heart of the Bakken oil fields. Davis had heard that the Turtle Mountain reservation could be next. In the tribe's tradition, women are responsible for protecting the water, so she invited the women to discuss fracking over a meal.

When she first heard about fracking in Fort Berthold, Christa Monnette, a member of the Turtle Mountain Tribe, thought that an oil and gas boom on her remote reservation would be a good thing. "I remember thinking, 'Wow, how lucky they are! How come we can't strike oil here?'"

After Davis explained her concerns to the group of women, Monette and her half-sister, Cedar Gillette, decided they needed to learn more about the process behind hydraulic fracturing or fracking.

At a second meeting, Davis offered each of the women a tobacco leaf, telling them to accept it only if they were committed to work on the issue.

Monette took the tobacco reluctantly: She was a single mother of three and worked full time. But the more the women--and the men who joined them--learned about fracking, the more worried they became.

They learned that the frackers would drill right through their precious aquifer, risking contamination of their drinking water and lakes, and that the process produces large volumes of wastewater and contaminated materials.

They learned about Dimock, Pennsylvania, where a well had exploded and groundwater contamination was linked to fracking. The Cabot Oil and Gas company had been ordered to provide alternative water supplies for those affected.

The High Cost of a Drilling Boom
Gillette and Monette were especially concerned about what was happening on the Fort Berthold reservation, where three affiliated tribes, the Mandan, Hidatsa, and Arikara Tribes (also collectively called the MHA Nation), are in the midst of the fracking boom. 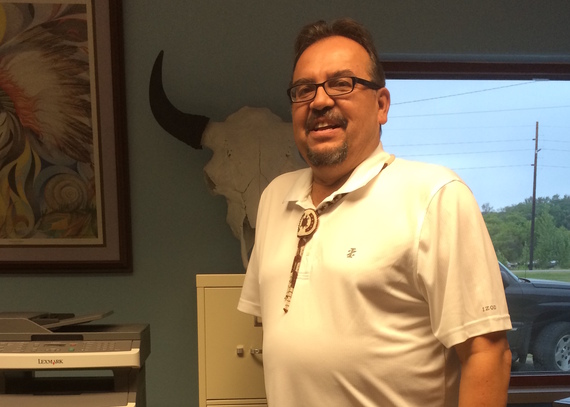 Turtle Mountain Tribe chairman Richard McCloud: "What is sacred to our tribe is water." Photo by Sarah van Gelder.

Gillette had worked as a domestic violence advocate in Fort Berthold. There, corruption, crime, drug addiction, and human trafficking had accompanied the massive influx of oil workers with money to spend.

And for good reason. According to the FBI, the area's violent crime rate rose 121 percent from 2005 to 2011. "These dramatic increases have overwhelmed state, local, and tribal law enforcement agencies," reported the 2014 National Drug Control Strategy.

And contaminated material, including radioactive material concentrated during fracking, has been found dumped on the reservation. The MHA Nation lacks the resources to oversee the many drilling sites and waste facilities.

In addition to this pollution, expenses associated with the boom--from damaged roads to social services for the flood of new workers and their families--have eaten up the cash windfall that was supposed to support the tribe for years once the boom ended, according to a report by the Property and Environment Research Center.

Turtle Mountain: No Fracking Way
"We knew what was happening to other areas," Gillette said. "If we didn't protect our water, what would tribal members have seven generations from now?"

It was with this knowledge that Gillette, Monette, and others in the Turtle Mountain group presented their findings to their tribal council on November 2, 2011.

"People were stunned when we presented the facts." Gillette said. The council called a second meeting and invited the entire community. At that meeting, the council unanimously voted to ban fracking. 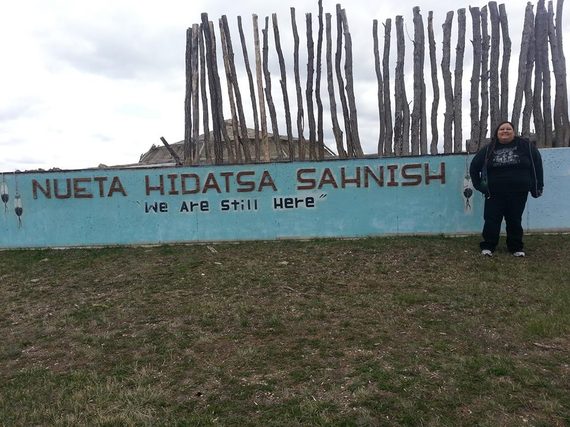 Still, the meeting was tense for Gillette. "I didn't believe it would pass until they all said yes," she said. After all, an impoverished tribe was leaving millions of dollars on the table. Chairman Richard McCloud supported the ban: "What is sacred to our tribe is water. We all know that in the very near future, water will be more valuable than oil or gold or anything else. This area is where our ancestors did their farming; the springs run through here, and this is how generations survived. The fracking ban will protect our water so future generations can continue to survive."

What the sisters didn't know when the fracking ban passed was that the Bureau of Indian Affairs had been on the brink of opening Turtle Mountain land for oil and gas leasing. The tribe's action put a halt to that plan.

Fast forward to the present, and the Turtle Mountain Tribe is moving forward: Last year, the tribal council adopted a new water code that solidifies the tribe's stance on fracking, and with the help of a Department of Energy grant, the tribe is moving into developing the abundant solar and wind energy resources of the reservation.

Gillette is now attending law school with a focus on environmental law. Monette is still on the Turtle Mountain reservation, still a busy working mom, except she's now the main administrator of the "No Fracking Way Turtle Mountain Tribe" Facebook page, where she posts not only about her reservation, but about other people around the world resisting the devastation of fossil fuel extraction.

Big Oil and Gas Want Them Out, But One Small Clan Is Standing Up to Pipeline Expansion
A First Nations clan is bringing pipeline projects to a grinding halt--simply by occupying their traditional lands.

Meet the Indigenous Eco-feminists of the Amazon
In Ecuador
Indigenous Kichwa women are resisting corporate interests that threaten their land.

Will the TPP Set Back This Campaign to Stop a Proposed Coal Mine Near Montana Tribal Land?
The TPP makes the rights of companies sacrosanct, and that includes the right to mine. But what about the rights of people who live in the way of proposed mining sites?