David Bowie was hardly the image of a doting parent. You can count the ways he might have fallen short of Father of the Year: prolific substance abuse, nonstop touring, naming one of his children Zowie Bowie.

But Bowie's 1971 song "Kooks," written for that newborn son, is filled with wry humor and universal wisdom on what it means to be a parent. Its observations, on everything from the changing relationship between parents and children to the weird experience of buying baby stuff, speak to anyone who has brought a kid into the world.

Of course, never take parenting advice from rock stars. But as the world mourns Bowie, who died Sunday at 69, and celebrates his legacy, here's one more honor to add to the pile: he made a poignant and insightful contribution to the small, sweet genre of parent-oriented rock. As for Zowie Bowie (real name Duncan Jones), he turned out all right. These days, he's a successful film director and producer.

Families are held together by something more than blood

Will you stay in our lovers' story?
If you stay, you won't be sorry.

"Kooks" is an appeal to Bowie's newborn child, an invitation. With these lines, Bowie invites his son to be a part of their family. It's a subtle and pretty profound way to express the bond of family: rather than a life sentence, it's a choice, an act of faith and trust.

Soon you'll grow, but take a chance
With a couple of kooks hung up on romancing

This is an obvious truth, but one that isn't really on the minds of brand-new parents. Many children grow apart from their parents, which is difficult -- impossible, really -- to fathom when a baby is so helpless and dependent. Bowie knows it, though, or at least suspects it. So he's telling the kid from Day 1: we hope you like us enough to stick around.

We bought a lot of things to keep you warm and dry
And a funny old crib on which the paint won't dry
I bought you a pair of shoes, a trumpet you can blow, and a book of rules
On what to say to people when they pick on you
'Cause if you stay with us you're gonna be pretty kookie too

Here, Bowie captures the cluelessness of being a new parent, familiar to anyone who's had a panic attack at Buy Buy Baby. Seasoned parents will immediately note: babies don't need shoes. They don't play trumpets, even toy ones (OK, that's slightly more obvious). But no one tells you these things.

Other parents can be trouble

Something rings true here: a premonition that the world of parenting is going to be complicated and often difficult to navigate. Not just because of badly behaved children (bullies, cads), but because of their badly behaved parents.

Success in school isn't everything

And if the homework brings you down
Then we'll throw it on the fire and take the car downtown.

Not a shocker, but early '70s David Bowie doesn't position himself as a stickler about academics. But this line, aside from being a tombstone-worthy lyrical variation on "don't sweat the small stuff," says more than that. You're going to fail; life's demands are going to grind you down. But that kind of accomplishment isn't everything.

We're all kooks, in our children's eyes

Finally, there's the song's title, "Kooks." Surely Bowie and his wife, Angela, were an extreme case. But the point is universal. In our children's eyes especially, we're all kooks with quirks and flaws. At the root of this song is a celebration of this fact, a loving disclaimer from parent to child: we're not perfect, we're actually a little strange. You'll probably end up inheriting a lot of our traits, for better or worse. And we thought you should know. 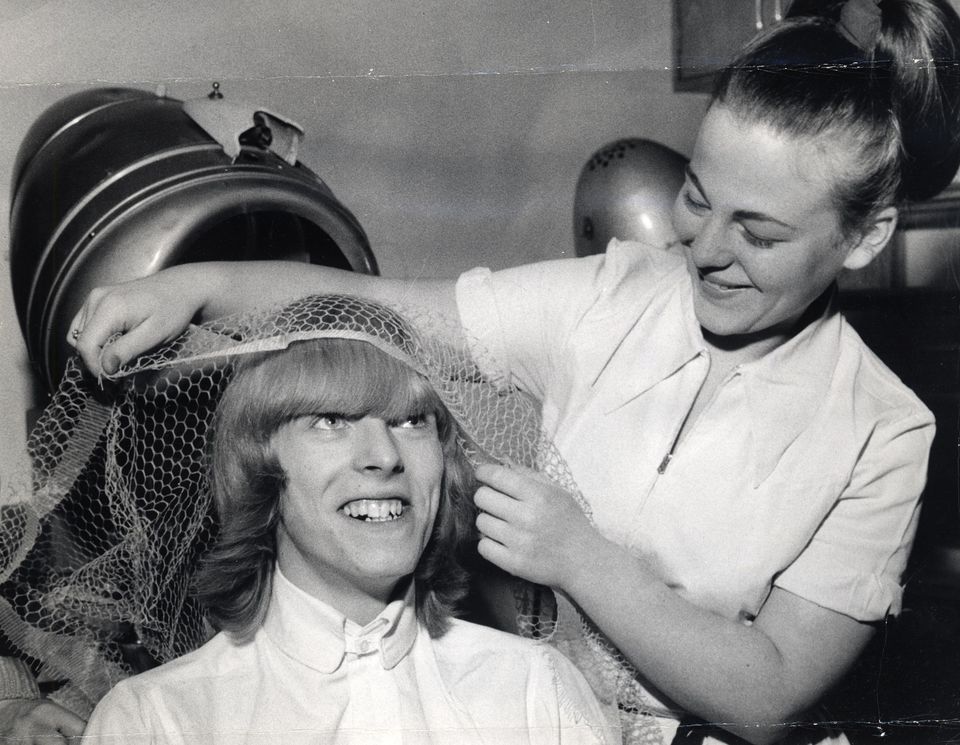