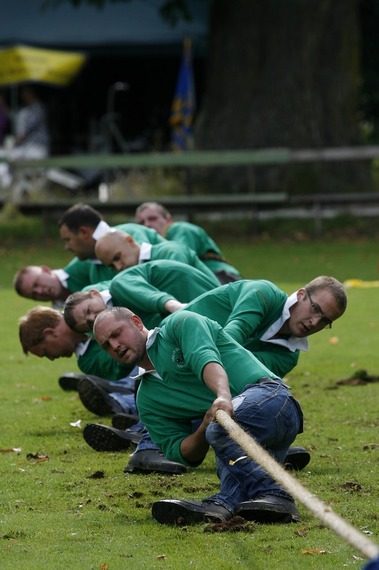 Here's a little story. A man sees another man at a social event, and exclaims, "Hey there, aren't you my old friend, Peter?" Before the other guy can respond, he goes on, "Oh, you've lost a lot of hair since we last met ... and you're darker, too ... and what's with those gray colored lens you're wearing, eh?" The other guy finally manages to get a word in, "Errr...actually I am John Smith". Pat comes the response, "Ah, so you've changed your name, too!"

Once one's mind is set to see things in a certain way, tons of concrete evidence to the contrary could fail to change that "mind-set". And this is why the soft stuff - changing attitudes and mindsets - is the hardest part of my work as a consultant.

As consultants, we are frequently tasked with bringing about transformational change in large organizations in a relatively short span of time. We typically begin by defining and then hard-wiring the change (by changing structures, roles, accountabilities, performance metrics and hard rewards like compensation). This part requires a lot of structured thinking, quantitative analysis, modeling, process charting and the like: technical stuff. But it is in our control. We can do it; we've done it many times before. The hard stuff is easy.

Then comes a point in the assignment when all our concrete recommendations are "approved" by the top executive team. When I was less experienced, I thought of this as the end point of our assignment - our job was done.

Now I know that the real job is only starting then. Because now begins the soft part of actually making the proposed change a part of everyone's day-to-day reality. And that's when all hell breaks loose. Inertia, egos, prejudices, insecurities and interpersonal dynamics swing into action to create a tsunami of change resistance. Everyone agrees that the change program is a good idea for everyone else to implement. As for themselves, they are doing just fine, thank you. The "soft" stuff is harder to change than the "hard" stuff.

Hard as it might be, the soft stuff can be done, too. Several proven techniques can be employed. But it takes time, it takes patience and above all, it takes conviction and dogged determination. Most new strategies and change programs fail not because they are conceptually flawed, but because the programs are diluted and compromised somewhere along the implementation pathway, lose credibility, then lose momentum and eventually just fizzle out.

During a long project to transform a client's sales force, the last few months were all about the soft stuff. Here's the good news: it is hugely rewarding and satisfying to see the results when you succeed with the soft aspects of change. Rather than have just the top management agree with the new sales approach, we saw the junior-most sales people actually changing their mindsets and doing their jobs differently: collaborating and partnering instead of just competing and negotiating, using facts instead of opinions to make decisions, replacing ad hoc-ism with structure and discipline. We saw middle managers coaching and reviewing performance instead of "delegating and abandoning" and senior guys starting to envision and lead instead of just fire-fighting and managing upwards.

As we concluded that piece, I felt that I spent the year creating some real change rather than just writing reports. The soft stuff is rewarding!

Chandan Joshi is a global business executive and a strategy consultant, with deep expertise and a passion for consumer and technology driven businesses. Visit him at LinkedIn at https://sg.linkedin.com/in/chandanjoshisg or on his blog, at www.chandanjoshi.com