As I walked up to the quiet entrance of the NSU Museum of Art Fort Lauderdale's The Miami Generation: Revisited exhibit, I remembered the busloads of 'cultural tourists' I'd seen line up at studios in Havana, clamoring to buy 'authentic Cuban art.' The irony of the fact that they were on government approved 'official artist' studio tours was lost on them. It would've been funny if it weren't so cynical. I didn't have to wait in line to buy my ticket to see Cuban art in Ft. Lauderdale. As my grandparents used to say 'We left Cuba so we wouldn't have to wait in line.'

Originally curated by Giulio Blanc and organized by Margarita Cano in 1993 at Miami's Cuban Museum of Arts and Culture, The Miami Generation was the first time emerging Miami formed Cuban artists were shown together. Thirty years later Jorge Santi has reconnected with the artists to show us how their work evolved resulting in The Miami Generation: Revisited -- a bittersweet and profoundly moving view of the Cuban experience from this side of the Florida straights. 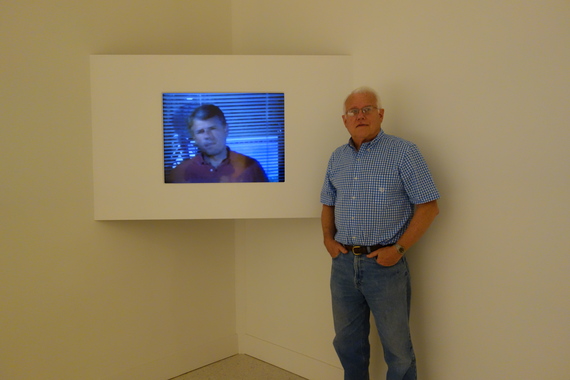 Already familiar with most of the artists, I assumed it would be a a 'greatest hits kind' of day. But from the very first piece, I knew I was in for something special. Fernando Garcia's A Marti consists of a Cuban flag shaped etched mirror that reflects Jose Marti's poem, The Golden Age, written in cursive on the opposite wall. Stepping into the reflection and seeing myself as part of it, I realized when it comes to Cuba, everybody is a product of nostalgia. Whether it's careless tourists that pose in front of vintage cars or Cubans, both on the island and in the diaspora, that pine for better days. 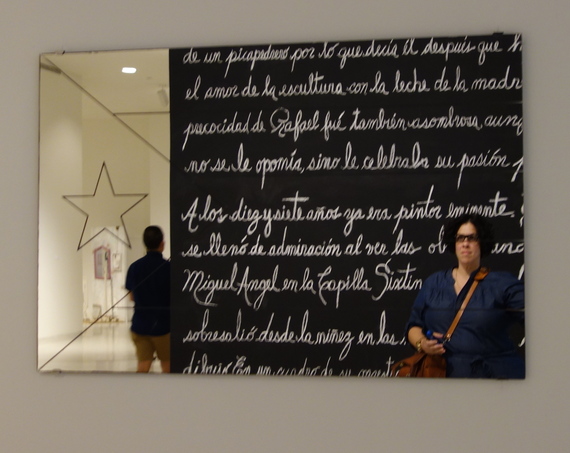 Maria Brito's thoughtful sculptures grew more imposing and grand over the years and Emlio Falero's playful but political conversations between classic and modern Spanish art more symbolic. The featured artists used their Cubanity as a jumping off point, but not as an end in itself making the work as diverse as it is universal. To my eye however, there were three artists that really stood out. Humberto Calzada, Pablo Cano and Juan Gonzalez.

I've known Humberto Calzada for years, but this particular selection of his paintings was revelatory. With a steady hand, a masterful use of color and precise emotion he subtly illuminates every stage of exile. In La Reja we see impenetrable distance between Cuba and Miami is represented by a solid Iron grille gate with paradise just out of reach. The enduring presence of nostalgia is seen thanks to the reflections of stained glass doorway in Edward Hopper in Cuba: Homage to Edward. In The Collapse of an Island, a seemingly solid but flooded interior captures the perversity of Cuban ruins. Then we get to his stunner, Presencing, where a massive blaze threatens to overcome a huddled group of palm trees representing the hope all dissidents give those they speak for. As haunting as they are beautiful, his paintings detail not only how much was lost, but how much was gained by insisting on freedom above all. 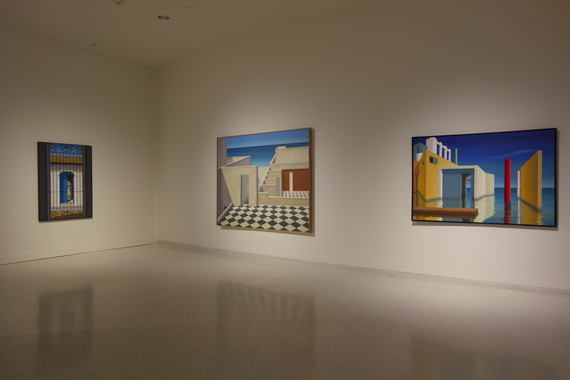 I've collaborated with Pablo Cano and know his work well, but context is everything. As the youngest artist of the group, his work was more about the results of having a life detonate. His use of found objects to create dramatic characters and saints alike is is the very embodiment of what so many families endured. They built a future out of their tragedy using discarded objects and long forgotten hopes by infusing them with joy and possibility. This is ever present in his larger than life Queen Marie Antoinette a marionette dressed in cigarette box foils who regally welcomes admirers. Every arrow that pierces the Saint in his collage La Santa Sebastiana is visceral, not because it's gory -- but because she stands defiant, accepting her fate without forgetting who she is. That same attitude helps all immigrants thrive in cities they never expected to call home. 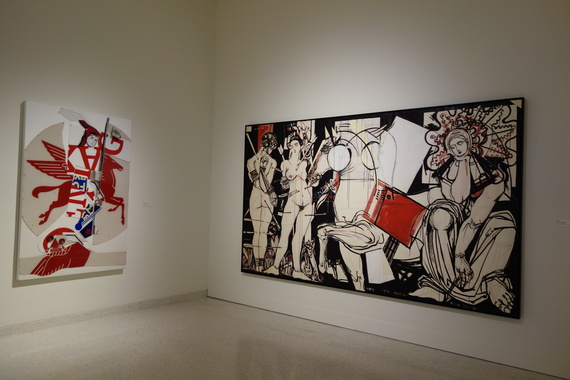 Juan Gonzalez was the only absolute revelation of the exhibit. I'd never seen his work before and it pulled me into the deep. I marveled at his ability to surgically work water color, colored pencil and pastels without sacrificing any emotion. Delicate birds, fly behind his faceless heroine in his tryptic Mar y Espejo (Ocean and Mirror) which gently tells the story of his doomed marriage. But it was his Mar de Lagrimas (Sea of Tears) that made me want to weep. In it we see several men sitting in the ocean in various classical postures under a bright moon. The top of the frame has a Murillo like skull that looks over the composition. Gonzalez having fallen to AIDS, it made me think about all of the talent that civilization has lost to that horrible plague. But it was the way that he gracefully accepted his fate and transcended it by transforming it so beautifully onto paper and board that makes his hand unforgettable. 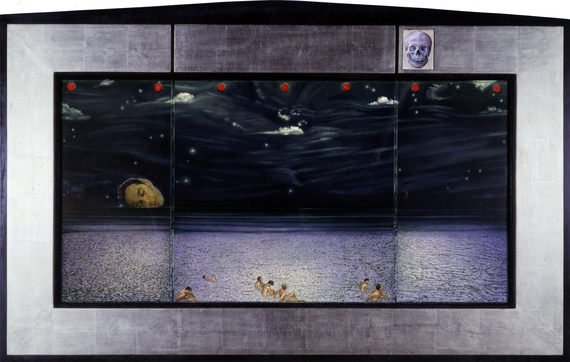 I walked through the exhibit a few times. The work wasn't just good it was great and I didn't want to overlook a brush stroke. As I spoke to one of the museum's enthusiastic staff members, I thought about the gallery directors that have proudly stated they only show 'Cuban art from the Island'. As if somehow island-bound Cubans are more authentic than exiled Cubans or contrived politics make for superior artists. It's a false narrative that has served Cuban Revolution well. Not only has it given permission for people that don't know much beyond Coppola's Godfather II version of Cuba decide who we are and what we've lived, it's marginalized three generations of artists who's risked it all to be able to tell their story. Thankfully, the greater minds at NSU Museum of Art Fort Lauderdale, defied that brutish and reductionist perspective and has given its patrons an authentic look at an experience that has way too often hidden in plain sight.

I don't know if there will be lines the last two weeks of this exhibit, but if there are, it's well worth the wait.