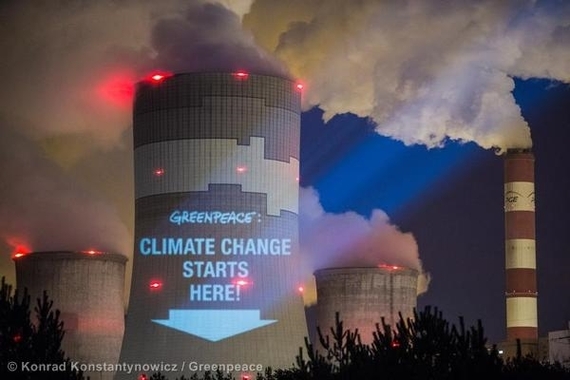 Imagine going to the lung doctor, opening the door to the operation room and finding a cigarette salesman waiting for you. That's exactly the greeting the ministers arriving to the UN climate summit in Poland next week will receive from the Polish government. Because while you and I thought climate talks were all about moving the world beyond coal, the Polish government and coal industry spin doctors are going to try to convince the world otherwise.

The Polish government, a long-standing opponent of renewable energy and action on climate change, has teamed up with the World Coal Association (WCA), which represents the most polluting corporations in the world, to organize an "International Coal & Climate Summit" as a part of the UN talks. They have even succeeded in getting UN climate chief Christiana Figueres, the same woman who called on the World Bank to end coal finance, as a keynote speaker. 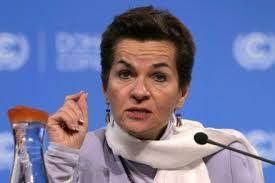 The government and the WCA describe the event in vague but heartwarming terms as giving the coal industry "a rare chance" to "be a key part of the climate debate", and being "meant as a contribution" to the UN climate talks. The actual agenda of the coal conference is much more straightforward: promoting public subsidies to prop up the dirty coal industry. This makes a mockery of the UN climate treaty and of all those countries that actually take part in the negotiations with a view to combating climate change.

But more importantly it shows how out of touch with public sentiment the Polish government is. Everywhere you look governments are removing support for coal. From President Obama's Climate Action Plan which ends support for overseas coal plants to the World Bank and European Investment Bank announcing de-facto coal bans to the Nordic countries announcing a coal ban of their own coal is on it's way out. Even in Poland only 4% of people support building the country's energy future around conventional fossil fuels, with renewable energy getting the highest support by a wide margin according to an Eurobarometer poll earlier this year.

For the coal industry to say that up is down, black is white, and wrong is right is expected. After all this is an industry whose product kills 18,000 people every year in the EU alone. Like the tobacco industry it survives by getting public figures to lie for it. But unlike the Tobacco industry public figures continue to play along. It's time that ends.

Which is why all eyes are now on Christiana Figueres and her participation in the coal industry's event. If she stands up on that stage and gives cover to the coal industry her credibility on climate and public health issues will be badly damanged. She may as well be a doctor from a 1960's tobacco advertisement. But if she tells the truth - that dirty fuel sources like coal that kill people have no place in a 21st century clean energy economy - she'll help inspire the world. The world is waiting to see what she will do.