I'd like to use this space to say something on behalf of the small film fest.

The Los Angeles Film Festival is underway with a solid roster of films, events and parties. But for all the buzz and excitement that surrounds a festival, there's a lack of intimacy and shared experience, which film should ideally create. At any major festival, the parties are exclusive, filmmakers are elusive and entrance into the most coveted screenings has become a bloodsport. 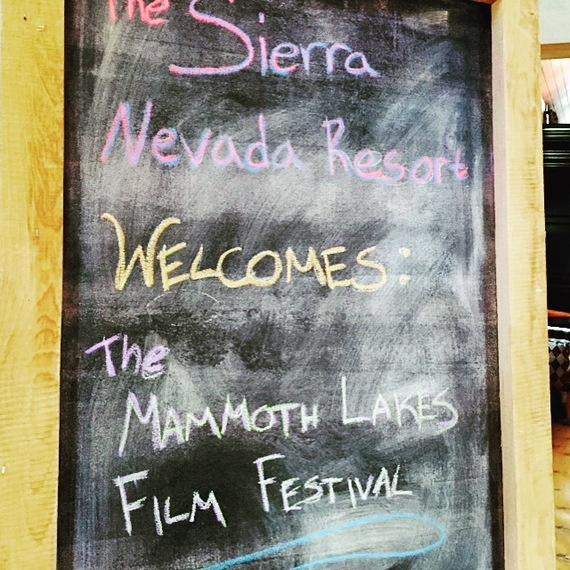 That sort of velvet-rope ethos was noticeably absent last week at the first Mammoth Lakes Film Festival. Like wooing craft beer or farm-to-table dining, launching a film fest has become de rigueur for small towns to attract film connoisseurs with disposable incomes. Yet there's something about attending a film festival in which you can make all of the screenings, talk afterward with the filmmakers at parties (without an expensive VIP paper bracelet) and still have time to appreciate the local flavor.

"We've had an absolute blast at some of the big festivals we've attended, but Mammoth provided an intimate experience where it was easy to make meaningful connections with fellow filmmakers and the local community," producer MacLeod Andrews told me. Andrews arrived with the with audience-award-winning, They Look Like People, which follows a troubled man who suspects that people around him are turning into evil creatures.

Indie filmmakers have lives much like those of comedians. Many play small towns throughout the year before making a splash at one of the bigger events. One may seem to come out of nowhere with a second film but only because they worked the smaller festival circuit with a no-budget feature two years before.

"When you're at a larger festival, there's a an awareness that you're there to promote and, often, sell your movie," director Matthew Fuller told me. "With a smaller festival, a lot of that pressure seems relieved."

Fuller was at Mammoth with his heartrending documentary, Autism in Love, which won the jury award for documentary. The film follows three storylines about four people on various points along the autism spectrum to observe how they manage intimate relationships. Simultaneously painful and uplifting, the doc is a tremendous piece of work.

Fortunately, you'll be able to see it on PBS in the future, which is something I learned by bumping into the film's producer, Ira Heilveil, in the hotel lobby, where we sat down for an uninterrupted chat -- again, not something prone to happen at a major fest. Heilveil is a clinical professor of psychiatry at UCLA and works extensively with autism patients.

"While it's true that most major distributors and buyers don't bother to attend smaller festivals, the smaller festivals are a great way to meet other filmmakers and to network," Heilveil told me.

"And in our case, winning the jury award for best documentary calls attention to our film that we otherwise might not have received." 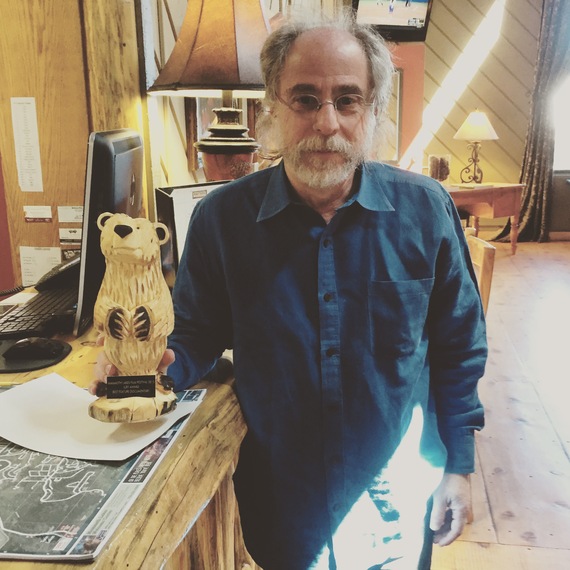 Ira Heilveil with his jury award - Photo by Gina Hall

Then again, you never know where you'll bump into a distributor.

"Sitting in the airport at Mammoth, I was approached by someone who was attending the film who did, in fact, work for a distributor," Heilveil later told me. "He hadn't seen the film when he was in Mammoth, but because we won the jury award, he knew that it was likely we had something special to offer, so he gave me his card and we will be meeting."

"It's hard to know if this will turn into anything substantial," he pointed out, "but it certainly couldn't have happened had we not been there at all."