By Karissa Rosenfield Click here for the original article. 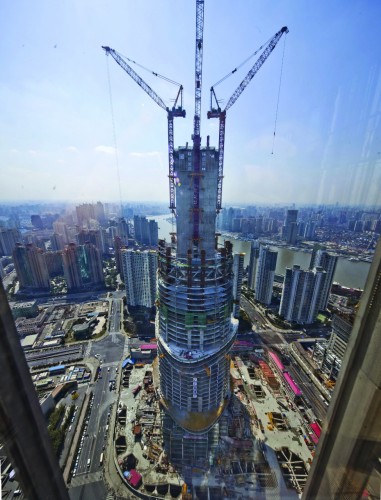 Soon to be the tallest building in China, the 632-meter Shanghai Tower is beginning to take shape. Located in the center of the Pudong district, the tower will become the centerpiece of the city’s international financial district. The transparent, mixed-use building will work as a “self-contained city”, housing 550,000 square-meters of world-class office, hotel, entertainment, retail and cultural venues. It is designed to achieve both LEED Gold certification and a China Green Building Three Star rating.

Global powerhouse Gensler won the Shanghai Tower commission in an invited multi-stage competition among many other leading international architects. Upon completion, the Shanghai Tower will be the second tallest building in the world, behind the 828-meter Burj Khalifa in Dubai.

Continue after the break for more information and the latest construction images. 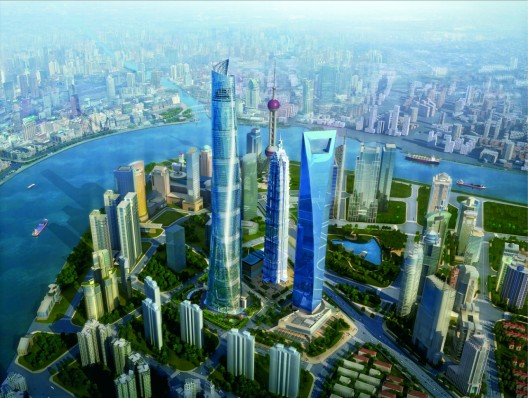 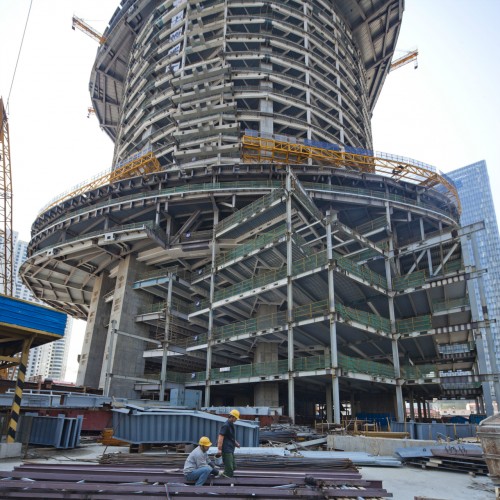 Construction on the tower started in November of 2008. According to Gensler, the building’s core has reached 250-meters, while floor slabs are reading at 200-meters. Completion is scheduled for 2014. 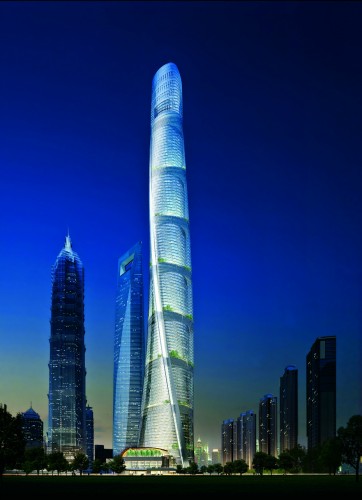 The tower is comprised of nine vertical zones, referred to as neighborhoods, each ranging from 12 to 15 stories high. Within each neighborhood, landscape public atriums are found between the two independent curtain walls of the tower. The space in-between these curtain walls not only reduce energy costs by acting as an insulating blanket throughout the structure, but also improves air quality, maximizes daylighting and creates strong visual connections to the surrounding context for all of its inhabitants. Additionally, these “sky gardens” will act as independent social and retail hubs within the building. 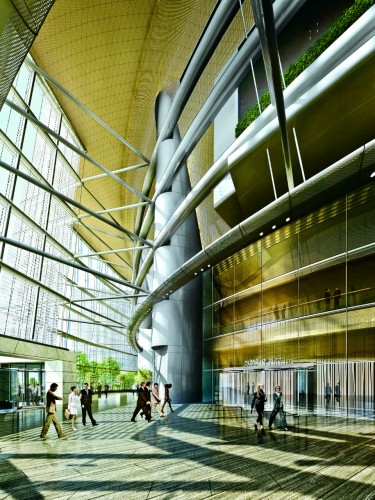 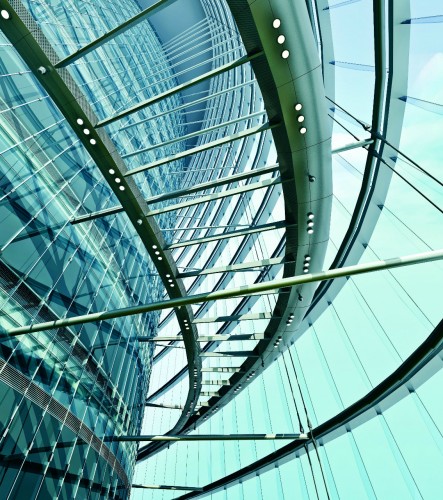 Additional sustainable strategies include the integration of wind turbines, a spiraling parapet that is integral to a rainwater collection system, and the use of geothermal technology to deliver energy to the building’s heating and cooling systems. Locally sourced materials with high-recycled content are being used when available and approximately 33% of the site is dedicated to green space. 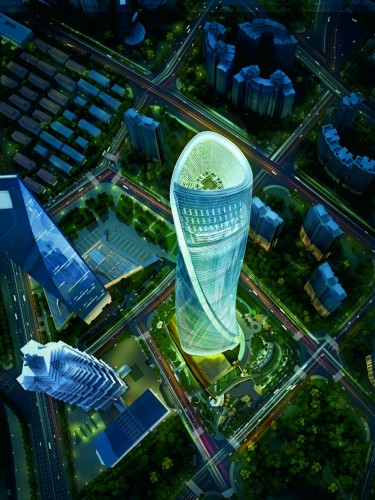 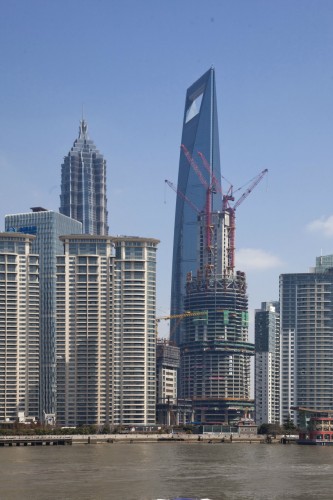