"Silence is where we speak something deeper than our words..."

"Silence returns us to what is real."

These are two of many jewels of insight spoken over the course of In Pursuit of Silence, a luminous and vitally important movie.

IN PURSUIT OF SILENCE Trailer No. 2 from transcendental media on Vimeo.

On the surface, this film is a straightforward documentary, about the beauty of silence, its spiritual and physical benefits, and the price we are paying individually and collectively for our increasingly noisy world.

But it is more than just an educational or investigative film. Replete with imagery that shimmers with the kind of almost otherworldly wonder one might associate with a Terrence Malick movie -- a lone tree in a cornfield, rustling with the sound of the breeze and insects; the branches of a tree and clouds reflected in a shimmering pond; people in a park, flying kites against an overcast sky -- this film does more than just tell a story, it testifies to the sheer loveliness of anything -- everything -- when drenched in silence.

No narrator intrudes upon the film, with commentary instead provided by thought-leaders like Dr. Helen Lees (author of Silence in Schools), Pico Iyer (The Art of Stillness), Susan Cain (Quiet), Maggie Ross (Silence: A User's Guide), and George Prochnik (whose book In Pursuit of Silence was an inspiration for this film).

Archival footage reveals the avant-garde composer John Cage ruminating on how his almost mystical relationship with silence informed his compositions, including the legendary 4'33" -- a work that consists of four minutes and thirty three seconds of silence (or, rather, of whatever ambient sound exists wherever this work is being performed) . Indeed, the movie begins with an homage to Cage -- the first four minutes and thirty-three seconds of the film are silent, a de facto performance of Cage's 4'33" set to a succession of lovely images. Cage (and 4'33") dance throughout the film, with looking at how controversial the composition was when it was first performed in the 1950s, and how respected it is today -- perhaps because we're slowly coming to realize just how valuable (and endangered) silence is?

Like the 1982 film Koyaanisqatsi: Life Out of Balance, the energy -- and decibel level -- of In Pursuit of Silence increases in the film's opening minutes, with bucolic scenery giving way to noisier and more frenzied images of city traffic or a jet whooshing overhead. But then it abruptly slows down to focus on Greg Hindy, a pilgrim who walked from New Hampshire to Los Angeles under a self-imposed vow of silence. Hindy appears throughout the film, maintaining his vow by writing his thoughts on a notebook to hold up for the camera -- for example:

The sources of noise that I am trying to get away from are so embedded in electronics and entertainment that I really could not allow any such distractions. Time away has given me perspective on what I should allow back into my life, and to what extent. Sometimes to really see things the way that they truly are, you have to take a step back, and then another step, and then a few more.

Perhaps the most sublime footage comes from Denali National Park in Alaska, where a national park "soundscape technician" reflects on the relationship between silence, listening, and spaciousness. Yet even in that remote wilderness setting, the noise of cars and planes intrudes upon the natural silence.

On the other side of the Pacific, a Japanese environmental researcher talks about the silence of the forest as a place where human health and wellness could be enhanced. The forest (and its silence) will not cure illness, but it can help reduce stress which can improve the body's overall capacity to maintain health. Indeed, this becomes an important theme of this film: silence is not just a kind of spiritual treat, but actually an essential condition for human wellness -- which makes the pervasive noise of our technological world all the more troubling. 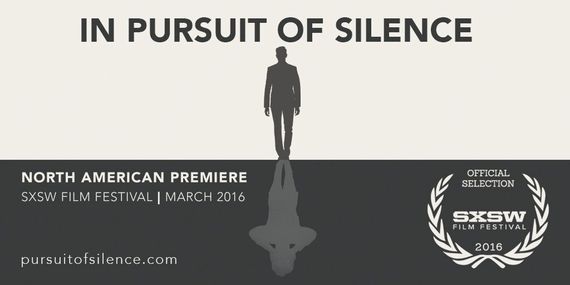 You almost cannot talk about silence without engaging with spirituality, and this film certainly has a strong spiritual sense. Less then ten minutes into the film, a Trappist monastery appears -- New Melleray Abbey in Iowa, where the cadences of the monk's chanting provide a soundtrack to Ross's voice-over observation on the relationship between silence and God. Later the movie takes us to a Zen temple in Japan, where the Roshi speaks about the relationship between silence and the body.

But this is not a religious movie in any sense -- monastic silence yields to the silence of nature and the wilderness, in a wordless recognition that silence originates from and takes us to a place beyond dogma or socially constructed meaning. Rather than promoting any kind of ideology, the film ponders insights such as Prochnik's musing on how silence is "the interruption of the imposition of our own egos upon the world."

Some of the most beautiful footage was filmed during a Japanese tea ceremony; easily the most disturbing images (and noise) consisted of contentious interviews on contemporary TV news or talk shows.

As paradoxical as it may seem, even a film about silence has a soundtrack, which if handled poorly could really seem jarring or intrusive. Thankfully, composer Alex Lu's gentle and understated music provides a graceful counterpoint to the ambient sounds throughout. 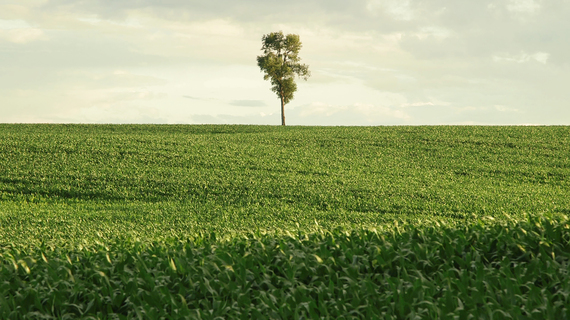 "If nobody's talking, nobody's dominating," muses Lees at one point; the film goes on to acknowledge problems associated with noise in hospitals or a school by a train tack. "It isn't true that it's a rich man's plaything," Ross opines hopefully. But in general the movie avoids pondering the politics of silence or noise. I would have loved it if the filmmakers had more closely examined how prisoners, homeless persons, as well as those in hospitals and nursing homes often have very little access to silence, which suggests that silence, like money or glamour, has become a currency of privilege in our culture.

As I watched this film, what I was struck with again and again is how silence offers us a passage way to return to what is most truly and primally human about ourselves. In Pursuit of Silence affirms how silence helps us to give ourselves back to ourselves, in the deepest and best sense of those words. Of course, as silence reconnects us with ourselves, so does noise alienate us from ourselves -- and given how noisy our world is, that is a problem of epidemic proportions.

Silence "should be explored... not explained," asserts Hindy, and this lyrical movie does just that.

The North American Premiere of In Pursuit of Silence will take place at the SXSW Festival in Austin, TX, on March 12, 2016. For more information, visit the SXSW website. In April the movie will be screened at the Atlanta Film Festival and the Cleveland International Film Festival. Visit In Pursuit of Silence's website/blog at www.pursuitofsilence.com to learn of further screenings.