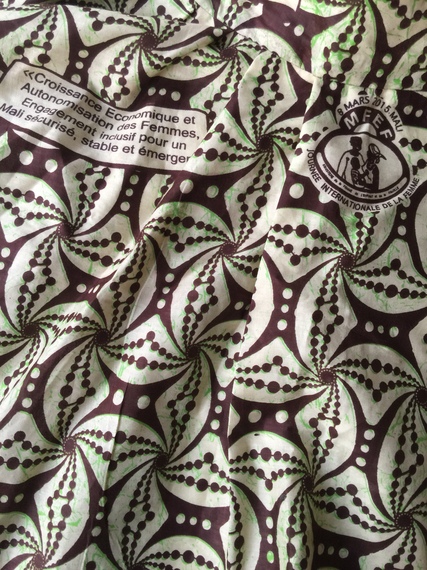 An advocate against female genital mutilation and child marriage in town of Douentza, in central Mali, where 89 percent of women and girls have undergone FGM, Laya has worked for over a decade educating traditional "cutters" about the dire consequences of their work; lobbying imams and local government leaders to educate men about the dangers of marrying an adolescent; and urging her friends and neighbors to enroll their daughters in school.

As an older, educated woman who has made a pilgrimage to Mecca and lived in Bamako and the Ivory Coast, Laya's words carry an added weight, not only with residents of Douentza, but also with government functionaries who view Douentza as a backwater with backwards people, impervious to social change. It is Laya who serves as the people's liaison, communicating both the social and economic reasons why FGM and child marriage persist in the community, and also how best to address them. Practically singlehandedly, she has persuaded 15 traditional cutters to, in their words, "put down their knives" and transition to a substitute source of livelihood, while working with a local theater troupe and radio station to urge families not to mutilate their daughters.

But the abolition of FGM in Mali is hardly Laya's sole responsibility.

She is a mother. She is single. She cares for her own elderly mother. She sells small amounts of goods in the market in Douentza, engaging in the kind of "petit commerce" that allows her to provide for her family. Like the other residents of central Mali, she must constantly be alert to her own safety and security as Douentza slowly recovers from an occupation and reign of terror by jihadists in 2012.

Laya is extraordinary. But she is not unique. Around the world, Layas work every day to advance the rights of women and girls while shouldering extraordinary personal responsibilities. Their achievements are largely unheralded.

When I traveled to Douentza last March, Laya gave me a bolt of cloth designed in honor of International Women's Day. A bold pattern of pinwheels is set off by an illustration of a man, woman and child, and the words, "Economic Growth and Autonomy of Women, Inclusive Engagement for a Secure, Stable and Emerging Mali." A Chicago friend artfully transformed the cloth into a skirt, adding a layer of American style.

I'll be back in Mali in a couple of weeks to coordinate a forum hosted by UNICEF for community-based advocates against FGM and child marriage. Laya will be a key participant, having traveled 12 hours by bus from Douentza, leaving her family and business behind, to strategize and advocate for a secure, stable and emerging Mali with full participation from all members of society.

In the meantime, on International Women's Day, her indomitable spirit inspires me from afar. I'm wearing her skirt with pride.