After a single University of Southern California student complained about optional questions about their sexual history that were asked as part of a required, online Title IX training video, administrators apologized and took them down, per the Washington Post. 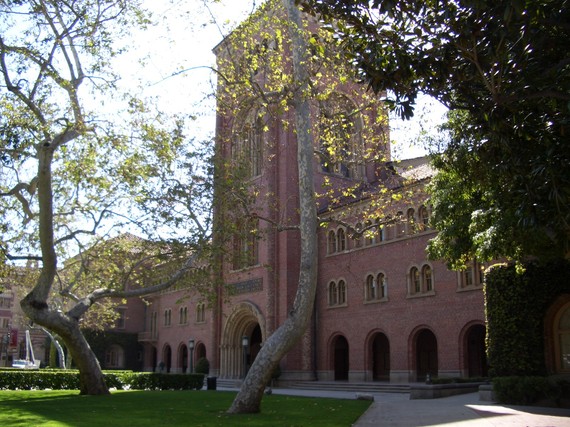 I've spent the last two years investigating sexual assault policy at USC. While both the student complaints and USC's response, to fold like a tent instead of continuing to gather necessary input, are sadly typical, they continue to raise questions about just how far our campus has to go.

The questions, part of the "standardized module being used by hundreds of colleges and universities across the country," according to a USC statement, asked students how many sexual encounters and partners they had in the past three months, if they had used contraception, and if they had been drinking or using drugs. And according to experts, by excluding those questions, USC might now be missing some necessary information.

"As a researcher that information is very interesting, as it would enable analysis of how patterns of sexual behavior relate to risk of assault or perpetration," said Professor Elizabeth Armstrong, a sociologist at the University of Michigan who coauthored the book "Paying for the Party: How College Maintains Inequality."

However, Armstrong acknowledged that removing the questions might be related to student-administration relations, saying, "I can see why students might want them removed, particularly if the level of trust with administration is not high."

But according to Campus Clarity, the company that administers the survey, the responses are anonymously recorded, and totally optional (a no-comment option is clearly visible next to each question), which paints a rather perplexing picture. Moreover, USC's statement only referred to "these questions," but declined to specify exactly which questions it was removing. Why did USC both apologize for, and then remove questions for which "no comment" was an optional response?

The student quoted in the original Campus Reform piece that ostensibly led to the question takedown shed more light on the motive near the end of the same article when he criticized not just the questions, but the (accurate and necessary) implications behind them.

"It kept on saying that drunk people cannot give consent," he complained. "In one scenario both the man and the woman were drunk but the video still blames the male for the assault. I found that a little confusing."

"And it is disturbing that someone could draw this conclusion from the course," the organization said, adding: "The reason the man is to blame is because he rapes her while she is unconscious. It does not matter that he has also been drinking. As mentioned in the course, 'being drunk doesn't release anyone from legal or student conduct responsibility.' "

Let's be clear. The point of the training course is for students to be educated on exactly what consent is: a conscious, affirmative, clear, and freely given decision by each individual to engage in mutually agreed upon sexual activity without coercion. The fact that some students think it is legal in California, or anywhere else, for that matter, to have sex with someone who is unconscious (which is what the video actually portrayed), is deeply disturbing, and demonstrates the need for the course in the first place.

While anyone has the right to criticize and speak freely about their experiences, the particular notion that a man is free of blame when both he and a woman are intoxicated perpetuates a dangerously retrograde view of consent. But USC implicitly affirmed that notion, by treating it as part of a legitimate complaint and apologizing instead of correcting the misconception, and that's even more troubling.

There is no indication from Campus Reform, USC, or otherwise that anyone else complained about the "super personal" questions. Nonetheless, the response to the 'watchdog' article was to scrap a vital data-gathering component of a mandatory sexual assault training course used by hundreds of schools around the country.

Finally, place "super personal" questions about sexual history, which are by definition the exact opposite of 'personal' since they're anonymous and optional, on the spectrum of the uncomfortable campus environment debate that has pervaded higher education news for much of the last year. Compared to Jewish students as Missouri who found swastikas made in human feces in a bathroom, or African American students who found cotton balls in their cultural center, do anonymous and optional questions really have a place at the table?

A 2014 Senate report revealed that 40% of colleges hadn't investigated a single sexual assault in the five years prior. The real victims of the sexual assault epidemic are those uncounted women and men who experienced sexual assault and never got justice, not students who feel perturbed by a question about sex they don't even have to answer.