Earlier this year, myself and 11 other young leaders from North America and Europe were invited by the United Nations Alliance of Civilizations to travel to three countries in the Middle East and North Africa to meet with government officials and youth leaders in order to develop networks and partnerships aimed at improving East-West relations. In the following 4 part series, I will share take-aways from each of the countries we recently visited. Part I will be Morocco; Part II: Jordan, Part III: Saudi Arabia; Part IV will be an analysis of US and MENA relations.

Part I, Morocco: 'Lions for Apples'

RABAT/NEW YORK: Sitting at the Balima Café, across from the Parliament, I realize that not much has changed on the street, at least on the surface. The same 70 year-old man asked me, as he did three years ago, if I wanted to buy peanuts from him. It was this same café where years before I witnessed weekly protests by angry unemployed youth playing 'catch me if you can' with riot police. Days later, on this present trip, myself and the other UNAOC Fellows would be sitting inside the parliament, meeting with female politicians of the opposition party as youth were protesting and chanting relentlessly outside the parliament's walls.

"The Arab Spring in Morocco began well before 2011 and in fact began in 1996," according to one professor from ISESCO. Morocco represents an incremental democracy movement where actual devolution of power was initiated by the current King Mohammad the VIth. Morocco, since the 'Family Code' was reformed in the early 2000s, has seen increased economic development and social reform under King Mohammed VI. Yet, the Arab Spring certainly catalyzed actual implementation of some robust reforms, such as the new constitution, which was reformed via a referendum and new parliamentary elections at the end of 2011, as well as, more public discourse on improving women's rights. Morocco was quick to adapt to the Arab Spring, yet full implementation of reforms remains to be seen. It has been alleged that full implementation is being blocked by the Saudi monarchy, who represent the most powerful monarchy in the region and who are concerned of fellow monarchies giving in too much to calls for removing monarchial powers.

This 'incremental movement' according to some, is still in action today being that "Moroccans believed in peaceful change, not a violent one," according to one youth I spoke with. An example of this peaceful change has been the victory of Islamist PJD party in elections of November 2011. 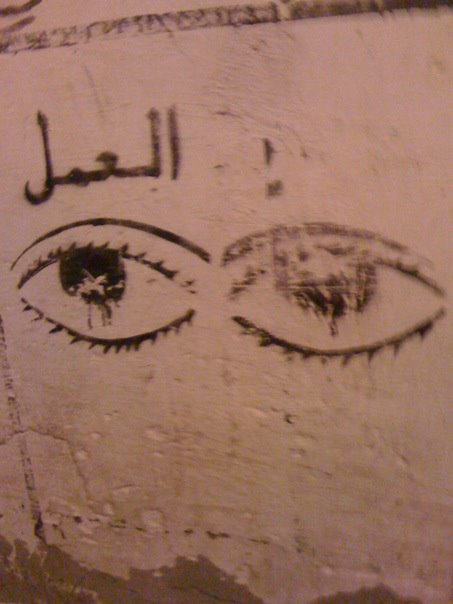 Be it in our conversations with journalists, university students, artists, or government representatives, the 'cement' or 'glue ' of Morocco, to take from Moroccans terminology, are the King and Islam. These are untouchable. The press and artists enjoy limited freedoms as long as they do not cross red tape for either the monarchy or religion. Yet, one will find that no one speaks ill of the king. The king is the unifying force, and more importantly, the stabilizing force of the country. Those challenging the king, or fully expressing themselves, often face prosecution or jail time, as was the case with one magazine creator we met with in Casablanca.

In America, I had never been in a room of 50 young Arab leaders to engage in debates about key issues of the day. In Morocco, the UNAOC Fellows were granted such an opportunity by the British Council. The young leaders debated on topics such as technology, women's rights, Islamists, the terminology of socio-political issues, and the need to reform from within. The main topic of the evening was the Arab Spring. There is visible disagreement amongst the youth on whether the Arab Spring is in fact a positive event. To start, there is widespread discontent with the term 'Arab Spring,' an exhausted term in the media that assumes that there are immediate positive outcomes with democratization, when in actuality there is fear and concern about what the outcomes will be. There is also debate on whether the Arab Spring was an organic movement or manufactured. Overall, young leaders agree that pluralism and tolerance are needed in order to increase partnerships to build a better future for Morocco. Almost all people support King Mohammed VIth and have a moment of hope in the new constitution which, according to liberal opposition groups we met with, creates a clear separation of the judiciary, the legislature, and the monarchy. There is still deep concern about youth unemployment and joblessness among the young educated class. The young leaders I was with expressed their commitment to not leave Morocco and to remain dedicated to improving their homeland. Many youth stated a desire to "grow something here, at home. Things tailor made in the US and France are not representative of the world," said one youth at the British Council debate.

True to the shadow of contradictions that make the MENA region difficult to navigate, optimism in progress and youth activism is tethered to a fear that violence in Egypt and Syria may spread to other Arab nations and set back any gains recently achieved.

Liberal intellectual elites and secular opposition politicians we met inside parliament find that the current Islamist led government, (PJD party), will create barriers for women's empowerment and may impose social conservatism as power grows. One politician tells me that " there is no such thing as a moderate Islamist ... Morocco does not need to import Wahhab models of Islam, we don't need to look Turkey or Iran." From the perspective of the liberal opposition groups, any gains made in the last 10 years may be eroded by the Islamist party, PJD the longer they are in power. However, the PJD won the most amount of votes, which is telling of either a growing conservatism in society, or, more popular trust in the anti-corruption and economic reform agendas of the PJD.

Female politicians inside parliament expressed to us the view that the Arab Spring is not easily applicable to the Moroccan context. Amidst the chants of protesters frustrated by high youth unemployment, a female politician raised her voice and said " they (Egypt and Tunisia) had a revolution, we (Morocco) had an evolution, a long one." The protests demanding more jobs have been going on 10 years before the Arab Spring. Opposition members also expressed faith in the new constitution which has since last July, called for separation of powers legislative and judiciary and monarchy and calls for increased women's equality and education reform and increased political parties representation in parliament. Yet according to one parliamentarian, "the problem is not the constitution but its implementation, which relies on changing the old mentalities." It is such 'old mentalities' that continue to block full women's rights and full freedom of the press and political expression. But these battles are happening within and the youth made it clear that no outsider should impose its own definitions of what full civil rights and democracy mean.

The youth and educators are open and eager to develop stronger bonds with Europe, while still maintaining their traditions of the King and Islam. In meetings with the president of the Sidi University in Fez, partnerships and technology transfers from U.S universities to Moroccan universities, especially with regards to sciences and entrepreneurship, was a major priority. Yet, I observed that an unchallenged barrier to educational partnership and reform in the education sector stems from the lack of encouragement for critical thinking within academics and lack of space for open debates that foster pluralism and a diversity of perspectives. 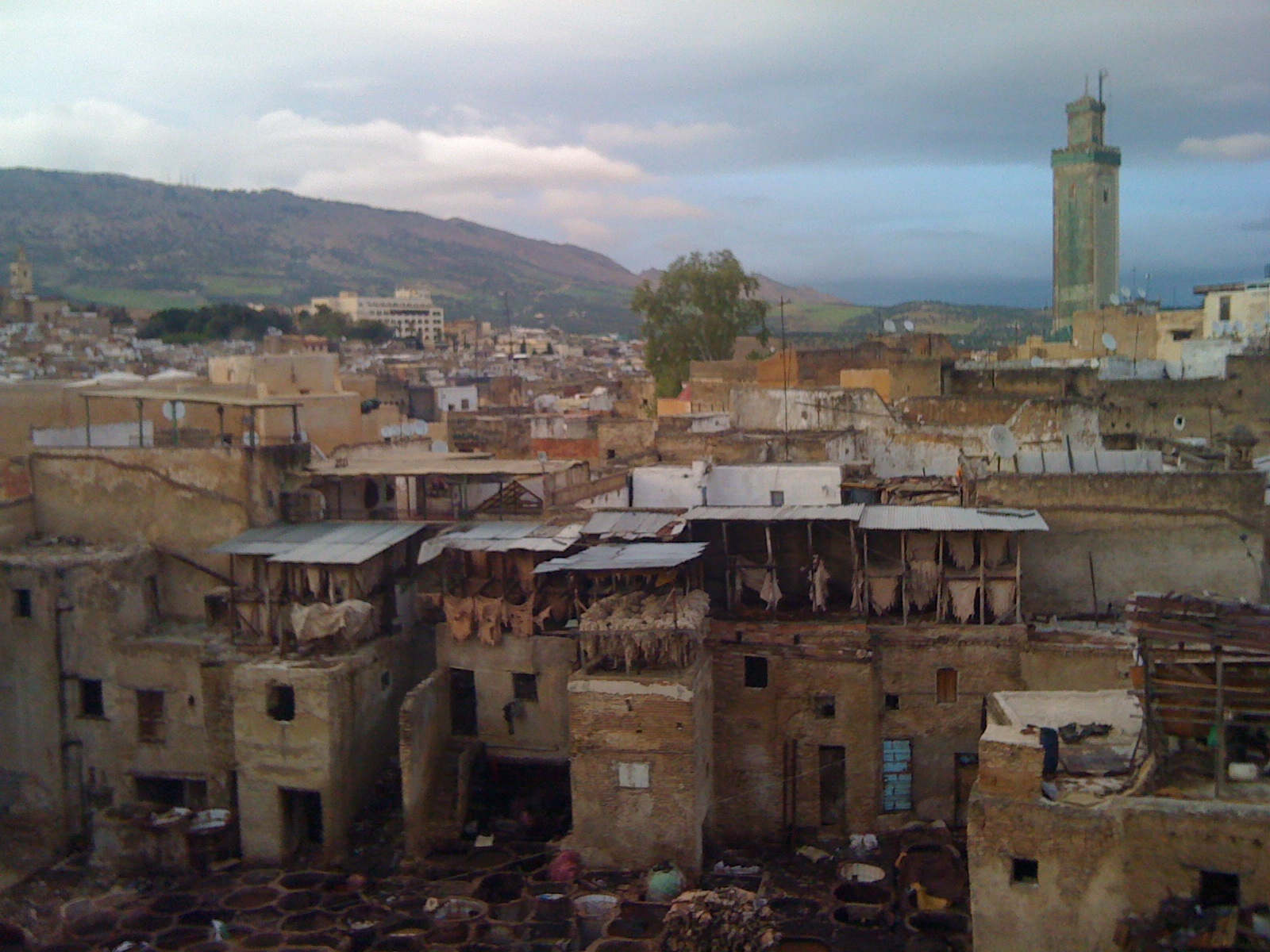 Concerns with the West

Moroccans are well aware of growing Islamphobia in the West and abhor America's foreign policies in the Muslim world. They feel that it is time the West listen and support whatever is coming out of Morocco, and not dictate or judge Morocco's incremental changes and period of transition. An often referenced barrier to improving East-West relations is the unresolved question of Palestine.

Being that the Palestine question remains in firmly tied to the status quo, the West, in particular Europe, can most improve relations with Arabs in Morocco by facilitating economic development, aiding in job creation and training, and sending technological capital to universities in the Arab-Muslim societies. International university partnerships and East-West city development public private partnerships between Europe, America, and Morocco are likely to improve East-West relations. Yet, beyond the dialogue and words of partnership, there needs to be concessions on both sides. For the West, there has to be acceptance with the need for letting go of control of how partnerships should be managed in the MENA region. The pace to partnerships is slower and terminology that in the West is normal, may need reformulation in MENA societies. And in Morocco, there needs to be a willingness to intellectually stimulate critical thinking as a means of generating innovation that in the long run will create economic development and employment. Civil dissent is a necessary price to pay for development and innovation.

An important ingredient for MENA's progress, is to first foster spaces of innovation guided by reflexivity. Democratization, simply defined in the West as free and fair elections, is in and of itself an inadequate tool for changing the status quo in MENA societies. If the players change but the system does not, then there will be no 'Spring.' On the other hand, if the youth of the Arab Spring are to be listened to, then what needs more resources and international support is the local civil society, which already maintains a strong tradition and routine in Moroccan society, unlike democracy.

In Morocco's youth, I saw several youth led projects for activism and development. Things are not as black or white as we often are lead to believe in the America. Democracy has no one meaning and one path. Neither is Arab-Islamic culture defined by one road. What is for certain however, is that the Arab youth of today are building new roads. The youth feel change, they feel empowered, and realize the need to reform from within first, before taking on the outside world. Next stop, Jordan.

For more on the United Nations Alliance of Civilizations visit: http://www.unaoc.org/actions/trainings-and-exchanges/fellowship/