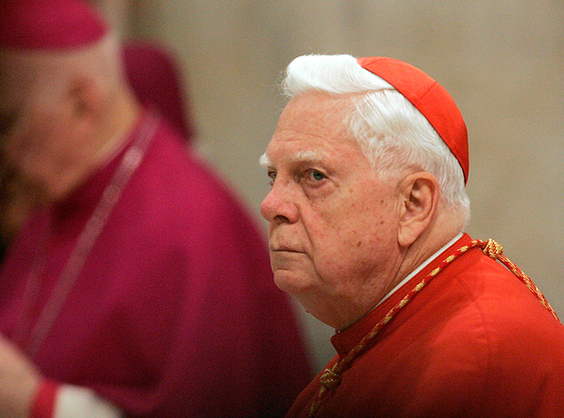 When Bernard Cardinal Law, Archbishop of Boston, fled to the Vatican in late 2002, he left behind a trail of human and financial wreckage: 550 victims (and plaintiffs) abused by parish priests and court judgments that eventually topped $85 million. The actual number of victims, by some estimates, could be nearly three times the number who settled with the Church in 2003.

Meanwhile, Law was assigned a comfortable post in Rome, where he disappeared from the headlines.

Law led America's fourth-largest archdiocese for 18 years. His reputation as a public figure peaked as Boston's court-ordered school desegregation crisis was winding down. The Cardinal emerged as a steadying voice of sanity.

LISTEN TO THIS STORY

However, as his role as the architect of the abuse cover-up emerged, first in the Boston Phoenix, then in the Boston Globe, Law was transformed into a pariah. With permission from Pope John Paul II, he resigned in 2002 ahead of the mandatory age of 75. Law was subsequently appointed archpriest at Santa Maria Maggiore (St. Mary Major ), one of the most significant basilicas in Rome. He retired from that post in 2011. Where is he now? What has he been doing since then?

While in Rome covering the international Mayor's Conference on Climate Change and Human Trafficking convened by the Pope I decided to take a look around to see if I could answer this question. 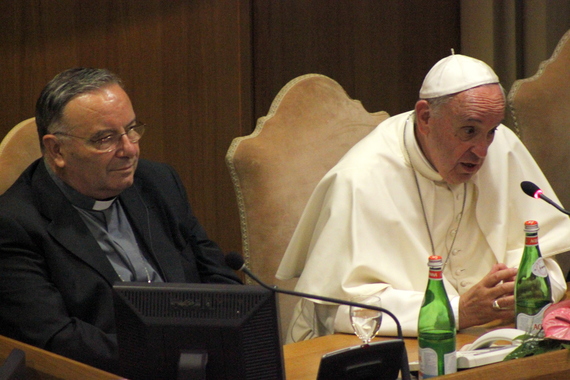 Like many searches these days, this one began with Google, in a café in Rome. I combed through recent articles, but none from 2015. And I came across an excerpt from Wikipedia that read, "It was 'commonly believed that [Law would] live out his retirement in Rome' when he was retired in 2011. As of March 2013 he was still living at the Basilica di Santa Maria Maggiore." So that's where I headed.

The temperature above ground was nearly 100 and on a subway platform it was only slightly cooler.

In front of the Santa Maria I recalled that several reporters covering the conference of mayors said that if you want to find Law you have to come here.

I walked across the piazza and observed a magnificently baroque edifice. It is one of Rome's oldest basilicas, dating to the fifth century. Before traveling overseas Pope Francis prays here, in what is popularly known as Our Lady of the Snows. Abuse victims saw this comfortable appointment as a reward, rather than a penance.

At the entrance to the basilica I asked a guard about Law's whereabouts, but was told he's not here. So where is he? I walked into the massive domed church covered in fifth-century mosaics and found a nun who I hoped could tell me where to find Law.

"Maybe if you go downstairs, there's an archaeological museum there," she replied.

But I wasn't searching for the past. I was looking for the present -- a man whose last four years in Rome have been a mystery to the people he left behind in Boston. So I turned to a priest walking by.

"He's not here in this church, in this basilica, no," the priest said. "You have to ask the sacristy."

In the sacristy I found quiet, solitude and a visiting priest from the Philippines, but I did not find anyone who knew the whereabouts of Law. So I asked a basilica guide, who I was told would definitely know the answer to my question. 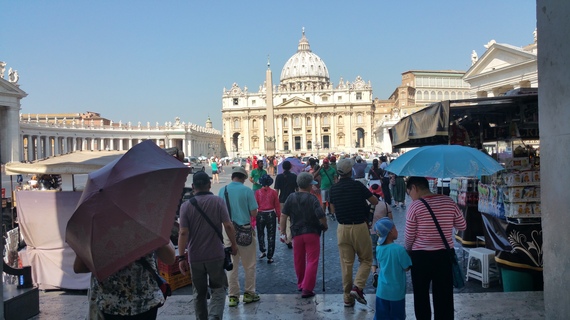 So I hailed a taxi and within minutes I was crossing the vastness of St. Peter's Square and asked permission to see Bishop Marcelo Sánchez Sorondo, a longtime friend of Law's. 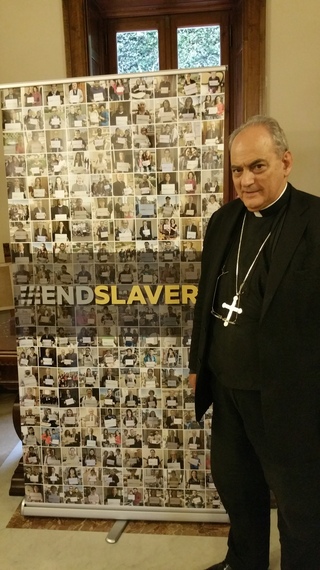 "I invited Cardinal Law to an event that I organized through the Academy of Thomas Aquinas," Sorondo said. "And he explained very well the mission and the role of Thomas Aquinas and the Church."

In contrast to Boston, Law is not nearly as controversial in Rome. Sorondo heads up the Pontifical Academy of Social Sciences, which promotes the priorities of Pope Francis, which are seen as different from those of Law, who was closely aligned with conservatives. One example: the role of women in the Church. Law, according to an NBC report, strongly supported an investigation into the doings of a group of American nuns whose pronouncements on women's rights were deemed out of step at the time. Now, it's Law who's out of step in a church that prioritizes climate change over abortion. Both issues are consistent with the Pope's belief in the sanctity of life and manifested in encyclicals promulgated by the Pontiff. But Pope Francis is perceived as a liberal voice within the Church.

On March 14, 2013, the day after his election to the papacy, the pope went to pray at Santa Maria Maggiore and met briefly with Law. The meet and greet was widely assailed by members of organizations representing sex abuse victims in Boston and elsewhere in the United States. The Vatican described the encounter as a "discreet" meeting that occurred during an "unscheduled" stop by Pope Francis. As a retiree, Law played no direct role in choosing the new pope. 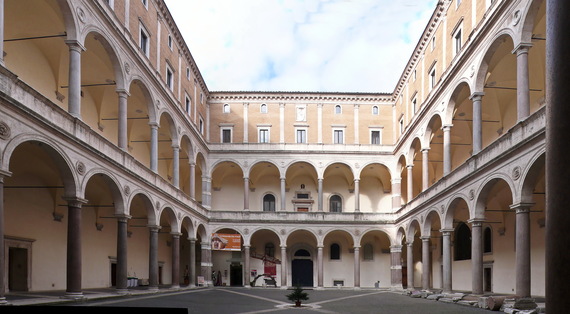 "He lives in a very nice building," Monsignor Sorondo said of Law. "This is a famous building made by one of the more important architects of the Renaissance time. The name is the [Palazzo della] Cancelleria. The Cancelleria is near here, it's in the [Corso] Vittorio Emmanuele [II] and he lives in this new apartment in the Cancelleria. It's not in the center of the Vatican, but this part also belongs to the Vatican."

In his office, Sorondo and his assistant looked though a Vatican telephone directory for the most recent telephone number and address for Law.

The telephone rang but no one answered, so I decided to go over to the Piazza Della Cancelleria, but first had to get on the other side of the Vatican walls. I was deep within the famous garden and a storm was on the way.

I needed to get my passport back from Vatican security and then head into Rome.

On the other side of the wall you find yourself again in Italy. Law lives a few miles from Vatican City, but on Vatican property on the other side of the Tiber River. Walking in the rain, I had 25 minutes to go on foot and headed left toward Via Paolo VI, turned right on Borgo Santo Spirito, and another right onto Ponte Vittorio Emmanuele II, past a street musician who seemed undeterred by a steady downpour. I continued onto Corso Vittorio Emmanuele II, and there it was, across the piazza: the Palazzo della Cancelleria, or the Chancellery Palace, the exquisite new home of Cardinal Bernard Law.

I soon learned from a priest that Law, on that day, was doing what millions across Europe and the U.S. do this time of year: He was on vacation.

So we at least know where Law is living, at the Chancellery -- and we know he's living well. Sorondo believes that Law is in relatively good health at age 84.

"I think so," Sorondo said confidently. "I think so."

But I did not get a chance to ask the Cardinal what he would say now to the American people, to the people of Boston, to his friends in Boston and to the victims of the sex abuse scandal that plagued his diocese and plagued the Catholic Church for so long. There are a plethora of questions still unanswered, and they may remain that way.